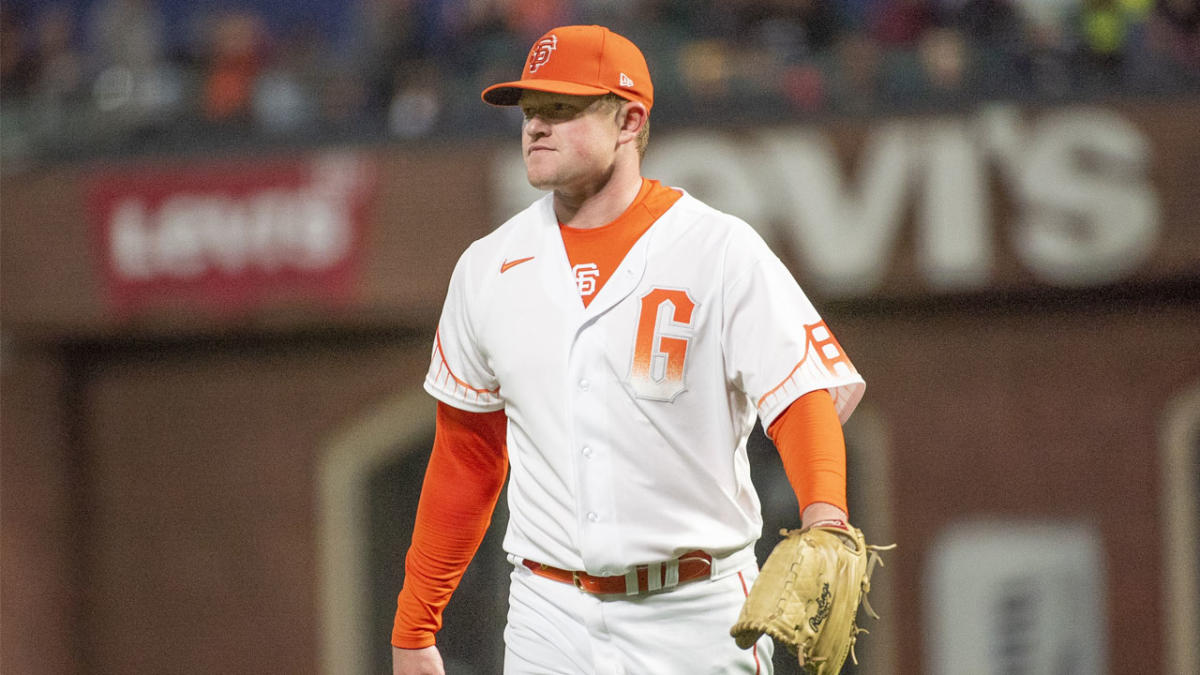 SAN FRANCISCO — If you knew nothing else about how a baseball game went on a given night, you could determine the final outcome just by listening.

After every win, the Giants clubhouse is filled with upbeat music that’s played so loud that postgame interviews are often delayed while a team employee walks over to turn the speakers off. There’s an accompanying smoke machine and props, including the kind of inflatable dancer you would find outside a car dealership. After a loss, there is silence, broken up only by the sound of spikes being cleaned or a dumbbell dropping in the weight room.

It stood out, then, when Logan Webb walked across the room after giving his interview on Tuesday night and fiddled with the massive speaker in the center of the clubhouse. A few seconds later, “You Proof” by Morgan Wallen was softly playing throughout the room.

It is unusual to hear music in a big league clubhouse after a loss, but you can’t blame Webb for trying to shift the vibe. For the Giants, however, it is too late.

With a 4-3 loss to the San Diego Padres, their sixth straight, the Giants fell 9 1/2 games out of the final National League playoff spot with 34 to go. They are tied in the standings with an Arizona Diamondbacks team that lost 110 games last year, something that was unfathomable as the summer started.

The final nail in the coffin came in an appropriate fashion. One of the worst defensive teams in franchise history made four errors, including two throwing mistakes that got past a former catcher playing out of position at first base. The Giants went all-in on the bats this season, often playing three or four fielders who were better served as designated hitters. It has burned them on a daily basis.

The tradeoff hasn’t been worth it because the bats haven’t been there, either. The only real offense Tuesday came when Joc Pederson hit a two-run homer with two outs in the ninth. Up until the eighth, the Giants had as many errors as hits.

Three of the four Padres runs came off the bullpen, which has also been an issue all year. The only real bright spot Tuesday was Webb, and even that fits the theme.

The Giants put together one of the best one-two punches in the big leagues in Webb and Carlos Rodón. When president of baseball operations Farhan Zaidi held Rodón at the trade deadline, he made note of what a nightmare that duo would be for an opponent in a playoff series, but the rest of the roster has proven to be too flawed.

Webb did his best Tuesday to get a game back, throwing 109 pitches in 5 2/3 innings. The lone run came after the third error of the night, and after taking a loss that even Matt Cain would find to be unjust, Webb spoke up about the state of the team.

“I don’t think anybody in this room would tell you that they thought we would be in this spot at this point, but it’s just kind of — maybe we got a little bit too complacent at some point or something — but it’s just not doing the little things to win baseball games,” Webb said. “It’s unfortunate.”

Webb paused at times, careful not to say too much. But he has more than earned the right to speak up, and as the Giants try to build a better future, they will do it behind Webb, Joey Bart, Camilo Doval and others who aren’t here yet. Webb is growing into a leader for the staff and the bullpen, and it was clear Tuesday how disappointed he is with how this has all played out.

Webb didn’t have to put it any other way. Anyone who has watched this team over the last three months has seen it, and the last few weeks have been particularly instructive. The roster wasn’t good enough, but at the deadline, the Giants decided to make a run at a postseason spot anyway. A veteran group hasn’t been able to respond, including over the last 18 innings back at Oracle Park.

The Giants came home with a slim chance to crawl back into the Wild Card race. Instead, as the music played late Tuesday night, they found themselves closer to last place in the division than to a playoff spot.