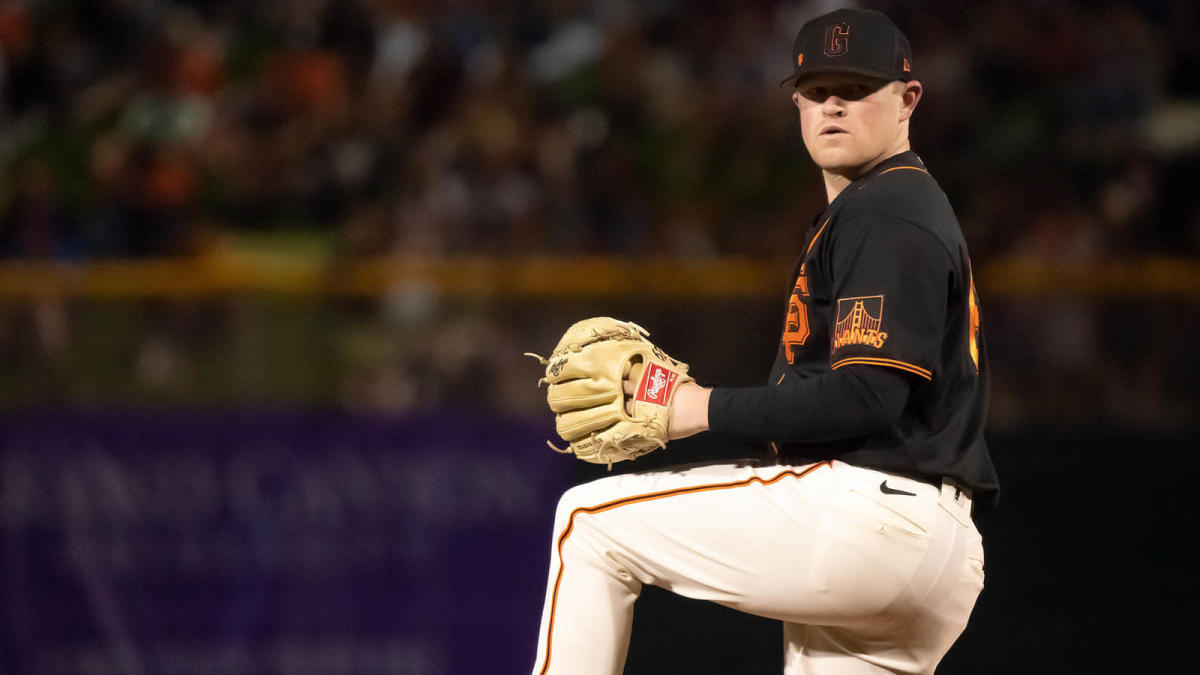 SCOTTSDALE, Ariz. — Before he took the mound for the Giants’ Cactus League opener, Logan Webb was already having a great week.

Webb is a huge Las Vegas Raiders fan, and he was so shocked by Thursday’s trade for Davante Adams that he thought the friend who texted him the news was messing with him. He was thrilled when he opened Twitter and saw a report from Adam Schefter.

The presumptive opening day starter picked up right where he left off last October, striking out five of the seven Chicago Cubs he faced in two hitless innings. He also got a chance to get some face time with a veteran he has watched from afar, meeting with Cubs right-hander Marcus Stroman before the game. It turns out the admiration is mutual.

“Logan is honestly one of my favorite pitchers,” Stroman said after his two hitless innings. “I feel we’re similar, sinker-slider guys. We’re guys that don’t necessarily fit the mold of pitchers today. To see his success last year was pretty incredible. He’s somebody that wants to learn, he’s always adapting and changing. I think he’s going to have an incredible career.”

There was a chance during the offseason that Stroman would have joined Webb atop the Giants rotation. He has said they were a suitor, and one he considered seriously before signing a three-year, $71 million deal with the Cubs. Instead, Stroman and Webb ended up connecting in a very 2022 way.

Webb tweeted that he wanted to set up simulated games as the lockout hit a fourth month and Stroman responded. The lockout ended a few days later, but the two will still get together soon. They have the same breathing coach and Stroman said they’re going to meet up to discuss methods.

“It was cool to get to finally meet him and talk to him,” Webb said. “He’s someone that I love watching. He just attacks the zone with all his stuff and that’s something that (manager Gabe Kapler and pitching coach Andrew Bailey) have preached, trying to get me to do that. He’s one of the best at doing that with all that movement he has.”

Stroman and Webb stand out in today’s game, which is dominated by pitchers starters four-seamers up in the zone and breaking balls down. Webb showed last year that his more horizontal methods can be just as devastating, and he looked ready for the April 8 opener while getting through two innings on 30 pitches.

Webb’s changeup was sharp, just as it was last spring, and he said he’s happy with the progress he’s making with his slider. He ended his night with a perfectly placed front door sinker.

Everything went according to plan. Well, almost everything.

When Webb and Joey Bart jogged out to get the season started, the umpires and managers were still having their pregame meeting. After a few seconds of waiting, they finally got to start warming up, but when Webb looked in for the first sign of the spring he couldn’t see Bart’s fingers. Night games at Scottsdale Stadium can be tough on the players.

Webb was right. He threw a sinker and hit the outside corner, starting his season off with a strike.

Tage Thompson with a Spectacular Goal vs. Calgary Flames