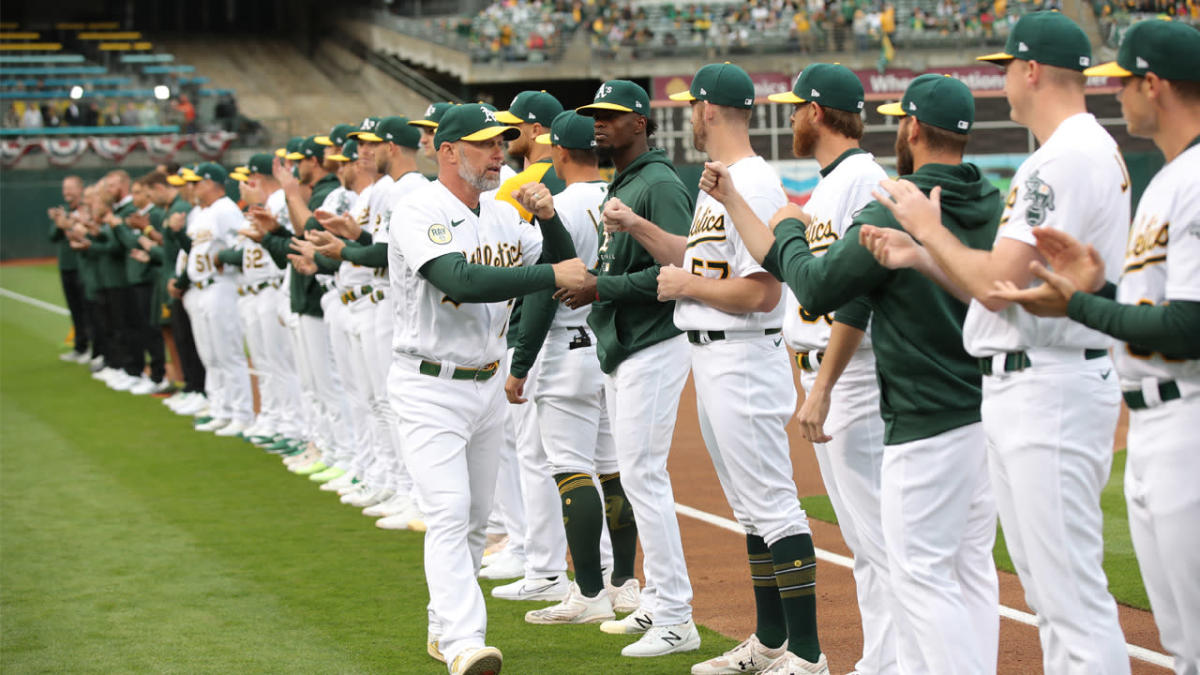 From professional baseball player to front office executive to manager, Mark Kotsay has certainly seen times change throughout his time in the league.

Now as the Athletics’ first-year manager, Kotsay joined NBC Sports California’s Brodie Brazil on “All A’s” to explain what it’s like being in his position during the social media age.

Kotsay has social media but isn’t very active on his accounts. But he did admit he uses it as more of an informative tool.

“Well, a lot of it is information nowadays,” Kotsay told Brazil. “You peruse a little bit, especially during the offseason. A lot of the baseball information gets tweeted out in advance, so just to try and stay connected.”

Kotsay knows that sometimes, social media can perhaps be too informative — and too quick.

In this day and age, players sometimes find out they’ve been traded via Twitter. It’s not just in MLB; it has been the case for pro sports across the board.

Kotsay explained how he and the rest of the A’s staff try to avoid that from happening as much as possible.

“It is that speed,” Kotsay said. “It’s the world we live in right now. We do our best to get ahead of it, to not let a player find out any type of information that we can’t relay to him first.”

Rising star Cristian Pache is a prime example of just that.

Pache was traded to the A’s in mid-March and was very expressive with his emotions on Twitter.

My heart is broken. I just found out that I was traded to the A’s. I know that’s the way this business works, but I want Braves fans to know that I will be eternally grateful to him wherever he goes. Thank you for so much support, for so much love and for being so special to me.

And since landing in Oakland, Pache has continued to be active on social media and enjoys engaging with fans on different platforms.

RELATED: How Vogt has used IL stint as chance to learn from bench

The 23-year-old outfielder has talked about the importance of connecting with fans, and Kotsay agrees that that bond is special.

I want to thank God for giving me the opportunity and the honor to meet Jaden, a very kind and polite boy. These are the things I love baseball for. Every time I can make a child like Jaden happy, I feel a happiness that I cannot describe in words. https://t.co/09Jf0gqYUP pic.twitter.com/DR2FBo6PVc

“Yeah, I’ve seen that,” Kotsay said about Pache’s Twitter presence. “I’ve definitely seen that [and] heard some stories about it. He’s connected to the fans, which is great. It’s so healthy to see that, to see a player want to connect. Obviously, there’s the other side of social media that we pray and hope that doesn’t take place, and that’s the nastiness of it, and [we] try to use it for the positives.”