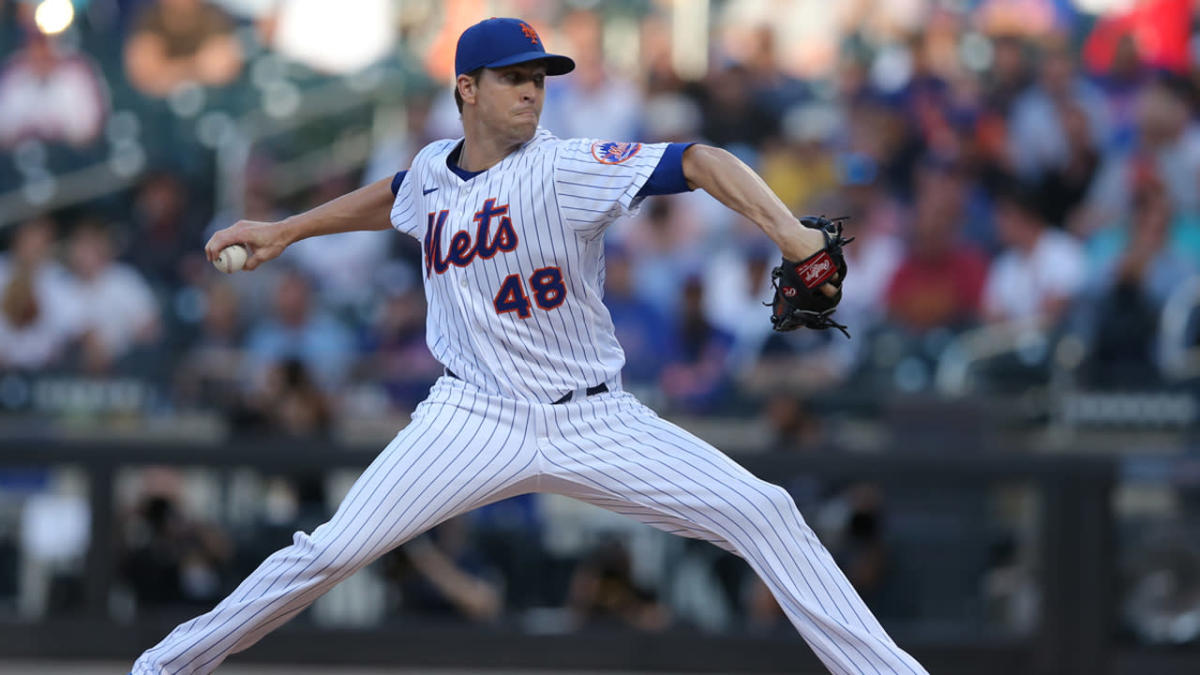 One of the main obstacles the Phillies face in their quest to return to the postseason is their chief rivals, the Mets. They made a huge signing in 3-time Cy Young Award winner Max Scherzer, giving them arguably the most fearsome 1-2 top of the rotation in the game.

Jacob deGrom – who has two Cy Youngs of his own – was supposed to start Friday’s game against the Cardinals, but was scratched and scheduled for an MRI after feeling tightness in his pitching shoulder while throwing long toss Thursday.

Today the team offered this update on their ace:

Jacob deGrom underwent an MRI today that revealed a stress reaction on his scapula that has caused inflammation in the area. The immediate prescription is for Jake to discontinue throwing for up to 4 weeks and then reimage the area. At that time, weâll update the plan of care.

This is yet another injury blow to a pitcher who, when healthy, is perhaps the most dominant in baseball. Last season deGrom pitched to a 1.08 ERA, holding opposing hitters to a .128 average and striking out more than 45% of the batters he faced in 15 starts.

That is until injuries to his side, then elbow, then shoulder, sidelined him for the remainder of the season.

He said he was 100 percent entering spring training, and the team even penciled in as the team’s Opening Day starter, before Friday’s MRI results. Now, it will be at least well into May before deGrom even climbs a mound, even to begin rehabbing.

The loss of deGrom – even for a month or so – has a chance to change the balance of power in the NL East this season. The direct effect on the Phillies is evident: they play the Mets ten times head-to-head between now and May 8th, a bit more than five weeks from today. They play another three-game series May 27-29.

That’s four series against the Mets, four chances to potentially face deGrom that will likely not happen. In a season where the pennant race could come down to a scant few games, that is no small thing.