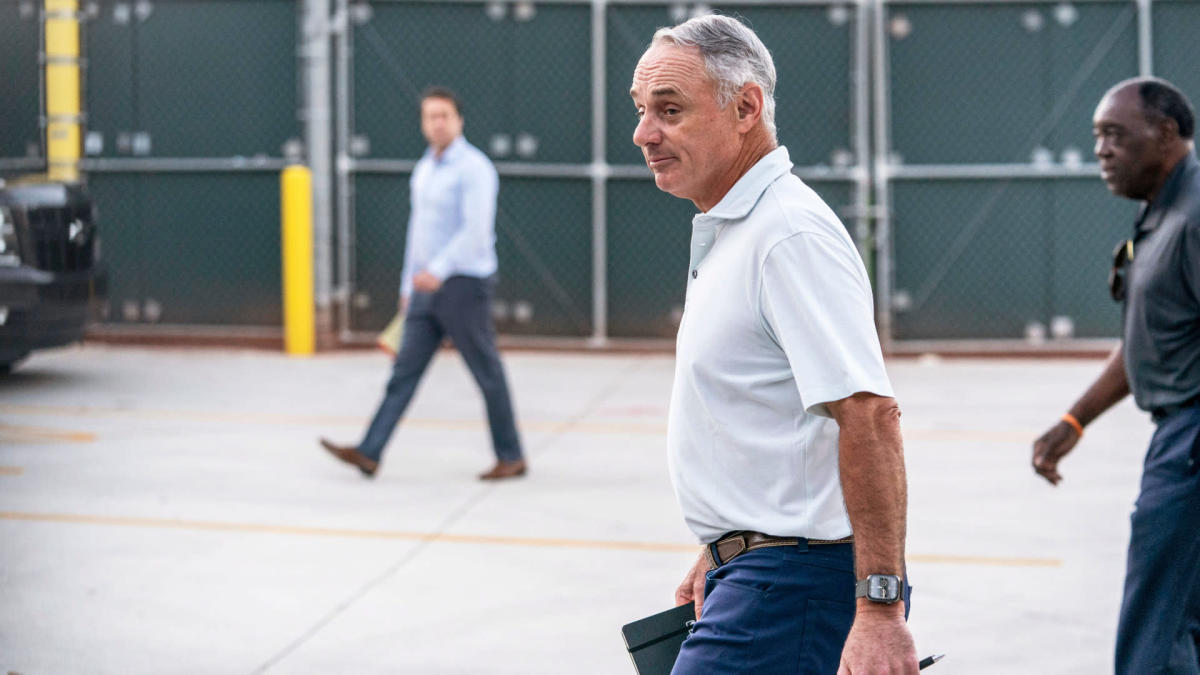 Despite Major League Baseball exchanging proposals with the players union for over 16 hours Monday and extending its self-imposed deadline to Tuesday afternoon, Commissioner Rob Manfred announced that MLB will postpone Opening Day and cancel the first two series of the 2022 regular season — a total of 91 games — after being unable to strike a deal on a new Collective Bargaining Agreement.

“The calendar dictates that we’re not going to be able to play the first two series of the regular season, and those games are officially canceled,” Manfred said in a press conference on the 90th day of the ongoing lockout. “We’re prepared to continue negotiations. We’ve been informed that the MLBPA is headed back to New York, meaning that no agreement is possible until at least Thursday.”

The two sides met at Roger Dean Stadium in Jupiter, Florida, for nine straight days in an attempt to end the lockout triggered by the league’s owners on Dec. 2. MLB initially set a deadline of Monday to reach a deal in order for the 2022 season to begin March 31 as scheduled, citing the need for four weeks of spring training for players to ramp up. However, talks extended past midnight into the early hours of Tuesday morning and the league agreed to push back the deadline with a deal appearing within reach.

According to multiple reports, MLB made its latest offer to the union just over 90 minutes before Tuesday’s 5 p.m. ET deadline, but it was unanimously rejected by MLBPA leadership over disparities in key economic issues including Competitive Balance Tax thresholds, minimum salaries and the size of a bonus pool for pre-arbitration players.

Although MLB conceded in areas such as draft pick compensation for free agents, a lottery system for the draft, a record increase in minimum salary, the institution of an annual bonus pool, implementation of a universal DH and protections against service-time manipulation, the union in its hopes for widespread change didn’t feel the concessions were substantial enough for an agreement.

Ahh yes. âThe Union has struck a different note today.â Of course.
Just another tactic trying to control the narrative. Same thing we have already seen over and over. Nothing new here. https://t.co/UYBCQqbQM4

FWIW MLB has pumped to the media last night & today that thereâs momentum toward a deal. Now saying the players tone has changed. So if a deal isnât done today itâs our fault. This isnât a coincidence. Weâve had the same tone all along. We just want a fair deal/to play ball.

With the decision, MLB will cancel games due to a work stoppage for the first time since 1995. While Manfred indicated a deal could be reached as early as Thursday, it remains possible that even more games are canceled should negotiations continue to stall.

Will Barton aims for 3-point mark as Nuggets host OKC