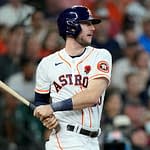 Thursday, Sept. 16, brings a split slate, with early action starting at 12:20 p.m. ET and then a three-game main slate at 6:05 p.m. ET. Let’s get into the top MLB DFS picks for pitchers and stacks for Yahoo, DraftKings and FanDuel daily fantasy baseball lineups.

Yahoo has included all of the games in their main slate today rather than going against Thursday Night Football. That means registering early for their contests is going to be key. Baltimore is hosting New York, and while they held the Yankees to just four runs on Wednesday, that was with their best pitcher John Means on the mound. Thursday they will be back to Chris Ellis, who they acquired last month after he was released by the Royals. Ellis has issues with walks and power bats, and that is a bad combination against a team like New York. Giancarlo Stanton ($21) and Aaron Judge ($23) are the only expensive Yankees. While they are the duo to target, it is not hard to average down the salary cap hit with Joey Gallo ($14), D.J. LeMahieu ($13) and Luke Voit ($11).

Though it seems like Paul Blackburn has been in the league forever, he only has 122 innings in MLB spread across five different seasons. Blackburn has logged 721 mostly mediocre innings in the minors, and at this point there is not much room for improvement.

Salvador Perez continues to impress with a career-high 43 home runs and 109 RBI, both of which are top-three marks. Whit Merrifield is fourth with 165 hits and second with 40 stolen bases. Adalberto Mondesi has missed most of the season with a variety of issues, but he has played nearly every day since returning to action at the beginning of this month. Though the .167 average is disappointing, he has two home runs in his six hits and seven stolen bases. Andrew Benintendi and Carlos Santana are both severely discounted on DraftKings and can round out a full Royals stack.

The Astros will be going against the righty/lefty combo of Glenn Otto and Kolby Allard. This should not be an issue at all considering they are the best in the league against pitchers of both handedness. In his last two starts, Otto has lasted just eight innings while throwing 162 pitches. Though he has not allowed a home run and issued just two walks, he has been eminently hittable, suffering an 11.25 ERA. Allard has allowed the power serving up a pair of longballs in five consecutive games. This should not be a surprise at all since he is averaging 2.02 home runs per nine innings on the season.

Houston is going to be the favorite stack, but with a little creativity gamers can still find some differentiation, even with only six teams in the player pool. The top half of the order will be among the most popular options at every position, but keep in mind that this is a very deep lineup. Jake Meyers, Chas McCormick, Aledmys Diaz and catcher Martin Maldonado are all better than average players. Kyle Tucker will be underrepresented in tournaments for his skill level as long as he is in the back half of the lineup. Yuli Gurriel is another frequently mentioned option in this article, and while he does not have tremendous power, he has been in the top 10 for the batting title all season. He is currently sixth with a .314 average, yet he continues to be eschewed by the average DFS gamer.

Framber Valdez has been stellar this season, with four earned runs being his highwater mark in any game. He has surrendered four in just four of his 19 appearances, but note that two have been in his most recent starts. Including two outings in Triple-A this year, he has logged a career-high 123 innings. Houston has plans for another postseason run, and they are going to need Valdez firing on all cylinders. This means he is likely to continue to stay in the 95-pitch range which will land him around six innings. Texas is the worst team in the league against southpaws, which bodes well for Valdez’s fantasy prospects tonight.

The pickings are pretty slim on the main slate, with the MLB once again deferring to Thursday Night Football. Yahoo at least is providing a bunch of different slates, so gamers can rotate in pitchers from the earlier games. DraftKings has split their contests into three different game sets. This means the popularity for Valdez will be off the charts, and gamers will need to differentiate as much as possible on a three-game slate.

The bottom-end choices will be Otto and Allard against Houston, Tyler Alexander going against a tough Tampa Bay team and then whoever Philadelphia is rolling out against the Cubs. Though it is not yet official, Adonis Medina was called up from Triple-A this weekend, and he may be the main option for the Phillies in a bullpen game.

The other two choices are Kyle Hendricks who has his highest ERA and WHIP for his career, and Dietrich Enns, who gets to face the Tigers. Enns has been getting by for a couple weeks as a crafty lefty, and while the clock is likely to strike midnight soon enough, he is getting another turn in the rotation. It is hard to project him for more than 70 pitches, but if he can go three relatively clean innings with some strikeouts, that could be enough on Thursday night.

Mahle had shown glimpses of being a frontline starter in the past, but holding it together for a full year shows that he has reached a new plateau. The current iterations of the Pirates is a bottom-five team with an 82 wRC+ against right-handed pitchers. Though they are just in the middle of the pack from a strikeout perspective, they also have the second-worst power numbers and play their games in a pitching-friendly park. Mahle is averaging around 100 pitches per start over the last two months, which makes him a top candidate as the ace for the early slate.

The slates are all different among the DFS sites as they decide how to incorporate split-slate MLB along with Thursday Night Football. Friday brings a mega slate with every team in action.