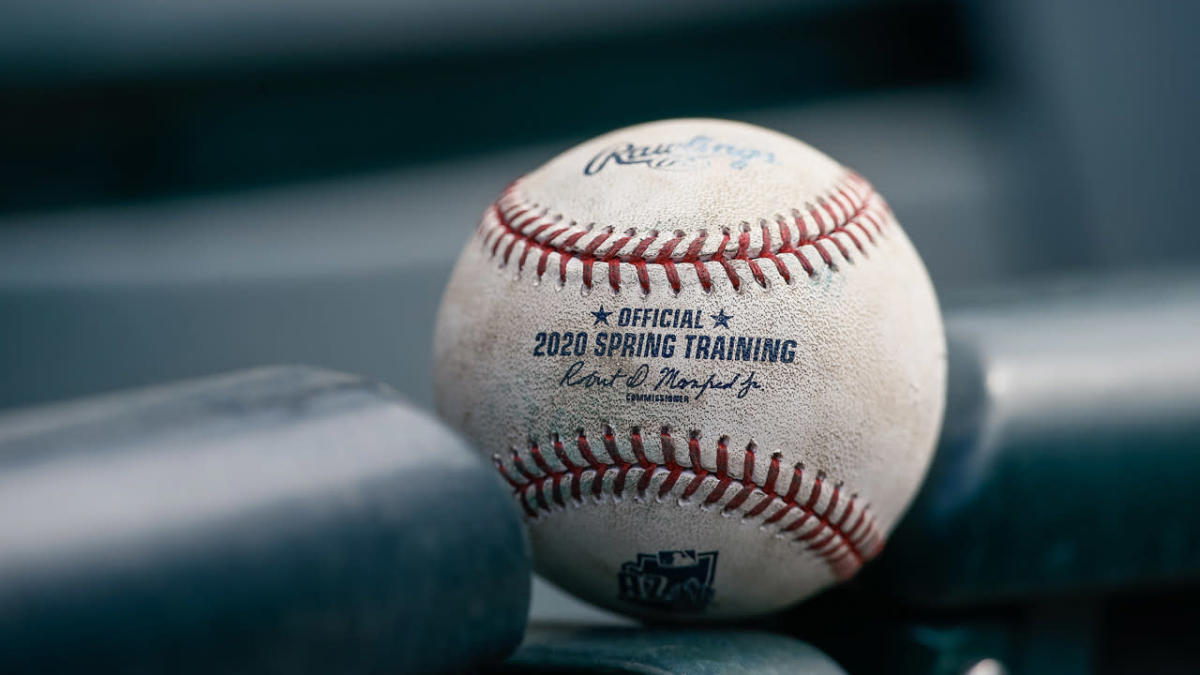 We’re over two months into MLB’s lockout and the league and players union remain far apart on key issues in negotiations.

Time is running out to strike a deal before spring training, which is right around the corner as teams are scheduled to report in two weeks.

And based on the two sides’ latest meeting, a delay to spring training looks increasingly likely, which also puts Opening Day (March 31) and the start of the regular season in jeopardy.

Where do negotiations stand, and how did we get here?

Catch up on the lockout’s timeline, starting with the latest news back to a non-starter in negotiations from late last summer.

Feb. 1, 2022 — MLB and the union meet for the fourth time since the lockout started but make “little progress,” according to multiple reports.

In the 90-minute meeting, the union slightly modifies its proposal regarding service time manipulation and a bonus pool for pre-arbitration eligible players. There’s no movement on key economic issues including the luxury tax and minimum player salaries.

Teams are scheduled to report to spring training in two weeks. With the two sides still far apart on many key issues, the chance of starting camp on time looks remote.

The union proposes $750,000, which would be the highest minimum salary increase in almost two decades.

During that time of record revenue growth, minimum salaries have not increased by more than 5.42 percent from one season to the next. That came from 2016-17, the last time a new collective bargaining agreement was negotiated.

RELATED: Lockout FAQ: What’s in it for either side to agree quickly

It’s a small contributor to the fact that in recent seasons, the average major league salary has gone down (pre-pandemic) for the first time since collusion in the 1980s.

MLB, union meet in person for first time during lockout

Jan. 24, 2022 — MLB and the players union meet for the second time since the lockout began — and first time in person — with a two-hour meeting in New York.

During the meeting, the union drops its proposal to shorten the service time necessary to make players eligible for free agency, leaving the requirement at six years, while also modifying its revenue sharing proposal.

Perhaps the biggest news of the day is talks do not go backwards.

Jan. 13, 2022 — MLB and the union meet to discuss the game’s economics for the first time in over 40 days. The league makes its first economic proposal of the lockout, which goes nowhere with the union.

The league’s proposal includes issues such as the arbitration system and service time manipulation. Key issues including minimum salaries, revenue sharing and the luxury tax are not discussed.

Dec. 2, 2021 — MLB’s owners unanimously vote to implement a lockout upon the expiration of the collective bargaining agreement. It’s the game’s first work stoppage since 1994.

“Simply put, we believe that an offseason lockout is the best mechanism to protect the 2022 season,” Manfred says in a statement. “We hope that the lockout will jumpstart the negotiations and get us to an agreement that will allow the season to start on time.

“This defensive lockout was necessary because the Players Association’s vision for Major League Baseball would threaten the ability of most teams to be competitive. It’s simply not a viable option.”

The players union calls the lockout a “dramatic measure” in a statement.

“It is not required by law or for any other reason,” the union’s statement reads. “It was the owners’ choice, plain and simple, specifically calculated to pressure Players into relinquishing rights and benefits, and abandoning good faith bargaining proposals that will benefit not just Players, but the game and industry as a whole.”

The following week, during an appearance on 670 The Score, Cubs outfielder and union rep Ian Happ says the league “didn’t make one economic proposal” during negotiations over the three-day period in Dallas. Happ calls it a “horrible way to negotiate.”

Nov. 18, 2021 — During the owners meetings in Chicago in November, commissioner Rob Manfred discusses the ongoing labor negotiations with reporters and indicates what is to come.

“An offseason lockout that moves the process forward is different than a labor dispute that costs games,” Manfred says, per The Athletic’s Evan Drellich.

Oct. 10, 2021 — In an interview with NBC Sports Chicago, White Sox chairman Jerry Reinsdorf discusses the owners’ August offer and expresses optimism of reaching a new CBA before the Dec. 1 expiration.

“Look, these deals get made the last week,” Reinsdorf says. “It’s the same thing with players’ contracts in arbitration. They all settle the last day.”

Aug. 16, 2021 — In the first meeting between the league and union discussing the game’s economics, MLB proposes adding a salary floor of $100 million and lowering the luxury tax threshold to $180 million — a 14.3 percent decrease from the 2021 threshold of $210 million. That’s a rollback to 2012 levels.

Not surprisingly, the proposal is a non-starter for the union.

These two NBA totals tonight are too high, plus other best bets for Tuesday

Nets CEO John Abbamondi to Step Down After Season