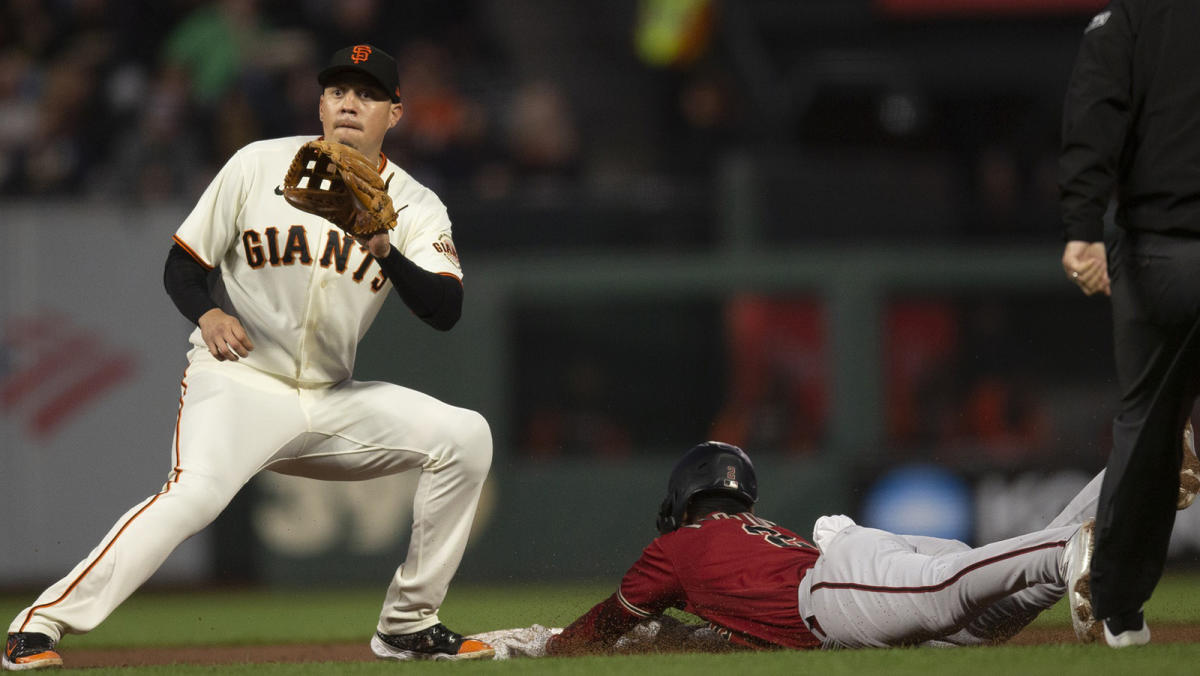 SAN FRANCISCO — The expanded postseason was supposed to give hope to a lot more fan bases every September. In Year 1 of the new format, it’s unclear if that will end up being true.

The Giants would be dead in the water under the old format, but they’re technically still alive — 0.8 percent playoff chance! — as they return home. It’s hard to find many, if any, Giants fans who are excited to watch the team in September, though. San Diego Padres and Milwaukee Brewers fans are equally disgusted with how their teams have played since the deadline, but both will spend September pushing for that final wild-card spot.

In the American League, the picture is a bit more fun. The Seattle Mariners, Tampa Bay Rays, Toronto Blue Jays and Baltimore Orioles are currently battling for three spots, with the Minnesota Twins, Chicago White Sox and Boston Red Sox on the fringes. You won’t find many White Sox or Red Sox fans who believe their teams should still have hope, though.

The new format seems to have mostly just kept mediocre teams around longer than ever before, which is not very exciting. Will one of them go on a run and catch lightning in a bottle in September? We’ll find out over the next month. For now, here’s our latest ranking of all 30:

30. Nationals (43-85): The main problem with their rebuild thus far is that they’re still waiting for the new guys to look like future stars. Josiah Gray and Keibert Ruiz, acquired last year for Max Scherzer and Trea Turner, have had their struggles this season and C.J. Abrams — a big piece in the Juan Soto deal — is batting .156 for his new team.

29. Pirates (48-79): Oneil Cruz has had an odd rookie season. He throws harder than any infielder in baseball and recently blasted a single at 122.4 mph, setting a Statcast record. The tools are truly MVP-level. But he’s also hitting just .199.

28. A’s (48-81): Does anyone in baseball have a higher approval rating than Stephen Vogt? The veteran catcher will have his pick of TV jobs when he retires, and there’s also a decent chance someone makes him a manager right away. He had a very cool moment over the weekend:

26. Tigers (50-78): General manager Al Avila was recently fired and a decent portion of the blame can be placed on Javy Baez. Their big offseason acquisition has a .636 OPS and just 11 homers.

25. Reds (50-76): Michael Papierski, the man traded for Mauricio Dubón earlier this year, has played quite a bit for the Reds but is still struggling at the plate. In 34 appearances, he has a .449 OPS.

23. Marlins (55-72): Sandy Alcantara is going to win the Cy Young Award, the only question is whether it’s unanimous. After a complete game win over the Dodgers, the right-hander is up to 185 2/3 innings with a 2.13 ERA. Nobody else in baseball has thrown more than 167 innings.

21. Angels (55-73): Shohei Ohtani gets most of his attention at the plate, but he has a 2.67 ERA this season and leads all starters with 12.4 strikeouts-per-nine. A year after winning the MVP award, he’s going to show up on some Cy Young ballots.

20. White Sox (63-65): Once the favorites to win the AL Central, they’re five games back of the Guardians after getting swept at home by the Diamondbacks.

19. Red Sox (62-66): Former Giants first-rounder Christian Arroyo has a 110 OPS+ and has played all four infield positions. He’s carved out a nice career after some early struggles.

18. Rangers (58-69): They cleaned house earlier this month, firing their top baseball operations executive (Jon Daniels) and manager (Chris Woodward). Expectations were high after they signed Corey Seager and Marcus Semien, but they forgot about building a strong pitching staff.

17. Diamondbacks (59-67): Outfielder Corbin Carroll, one of the top five prospects in the game, will be called up Monday. That’ll help him get his feet wet ahead of a 2023 season that should be a more exciting one in Phoenix, and it also may lead to a slight NL West shift. They’re just two games behind the Giants.

16. Giants (61-65): If they have another gear — and there is no indication that they do — they need to find it this week. A three-game series against the Padres is their last chance to make up ground before they’re 100 percent buried in the wild-card race, and they’ll start the series with Carlos Rodón on the mound.

15. Brewers (67-59): It should be Go Time for a team that went into a funk after the Josh Hader trade and fell out of a playoff spot. They host the Pirates this week and then visit the Diamondbacks and Rockies.

13. Orioles (67-60): We’re a few games from September baseball and the Orioles are 1 1/2 games out of a playoff spot. With upcoming series against the A’s, Red Sox, Nationals and Tigers, there’s a strong chance the Orioles are still right in the middle of the wild-card race when the final week of the season arrives.

11. Padres (70-59): Josh Hader has allowed 12 earned runs in 4 2/3 innings since the trade, a major reason why the Padres have been unable to run away with a wild-card spot even with the Giants and Brewers struggling. Hader gets to return to Oracle Park on Monday for the first time since the Yaz Slam.

10. Mariners (70-58): Curt Casali is just 1-for-11 since being activated by the Mariners, but unlike his former teammates, he’s in position to make the playoffs. Seattle currently holds the second wild-card spot in the AL.

9. Blue Jays (68-58): Rodón is tied for the lead in pitching fWAR at 5.1, and he’s tied with the man he replaced. Kevin Gausman leads all AL pitchers after signing a five-year deal in the offseason.

8. Rays (70-57): In typical Rays fashion, they’re winning by getting the most out of guys who struggled elsewhere. Infielder Isaac Paredes hit two homers in 57 games with the Tigers the previous two seasons but has 18 in his first year in Tampa Bay.

7. Phillies (72-56): They went 31-20 when Bryce Harper was on the IL and they’ll enter September with a very good chance at their first playoff appearance since 2011. They have a four-game lead over the Brewers and a 10-game edge over the Giants.

6. Cardinals (74-54): They have the second-best record (24-10) in the Majors since the All-Star break, trailing only the Dodgers. A lot of the damage has been done by Paul Goldschmidt, who has a shot at a Triple Crown. He leads the NL in average, is tied for the lead in RBI and trails Kyle Schwarber by just two homers.

5. Yankees (78-50): It’s been a brutal second half, but they still have a big lead in the AL East and they’re just about a lock to get one of the two first-round byes.

4. Braves (79-50): Nobody does a better job right now of pumping out high-end position player talent. Their latest addition, Vaughn Grissom, has a .861 OPS after jumping from Double-A to the Majors.

3. Mets (82-47): Jacob deGrom is averaging 93 mph on his slider and 92.9 mph on his changeup. The sport will be a lot better off if he stays healthy and gets to lead a deep playoff run.

2. Astros (82-47): The New York teams and the Dodgers get most of the national attention, but the Astros are very quietly cruising toward the top seed in the American League. With 82 more wins this year, Dusty Baker is up to ninth all-time.