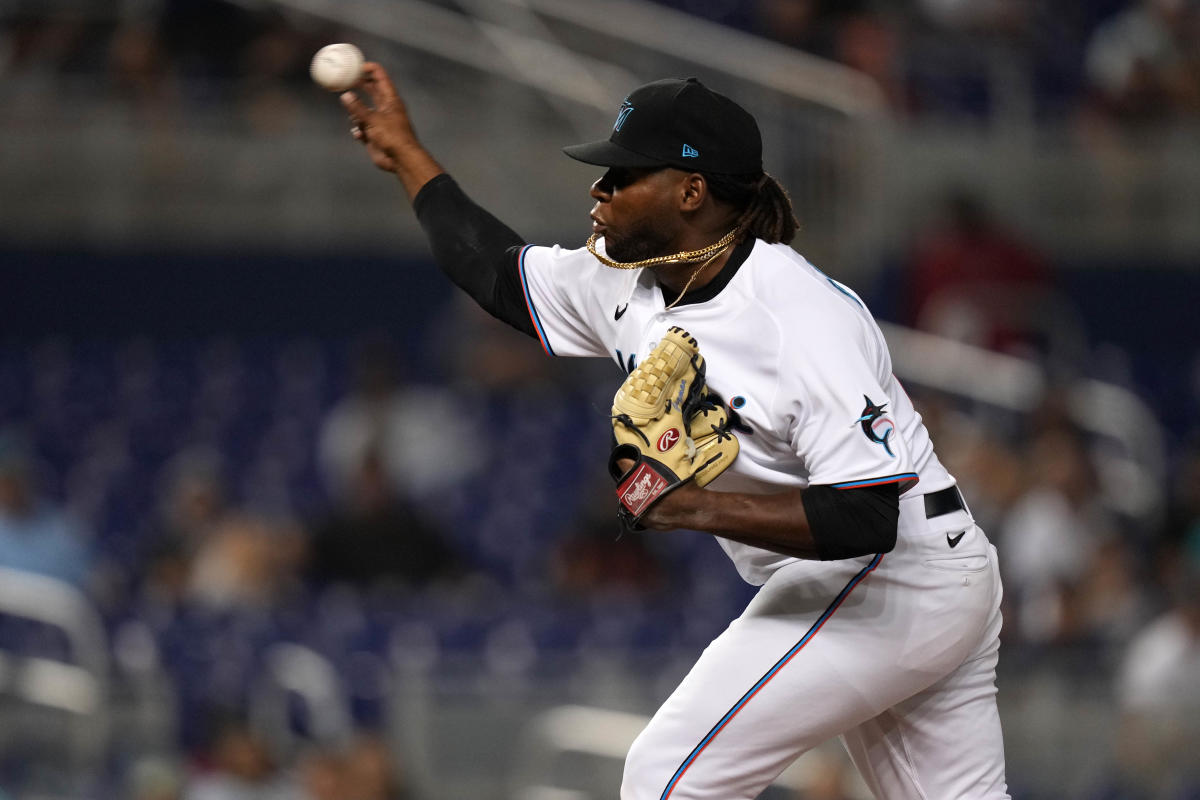 As they have done often under Farhan Zaidi and Scott Harris, the Giants added a big arm to the organization on a minor-league deal. But the latest addition comes with a catch.

The Giants signed right-hander Jorge Guzman to a two-year minor league deal, according to his agents at PNY Sports, but Guzman likely will miss a chunk of the 2022 season because he had elbow surgery in September, MLB Trade Rumors reported. Guzman made just nine total appearances last year because of the elbow issues, including two at the big league level for the Miami Marlins.

Guzman turned 26 earlier this month, but he’s not far removed from being one of the better pitching prospects in the game. He came in at No. 87 on Baseball America’s top 100 list before the 2018 season and pitched in the Futures Game that year. Before that season, Guzman was a key piece in a deal that broke some hearts in San Francisco.

When the Marlins sent Giancarlo Stanton to the New York Yankees in December of 2017, Guzman was the main prospect in the deal. At the time, he was coming off a 2.30 ERA in 13 starts in A-ball and was averaging nearly 12 strikeouts per nine innings. MLB Pipeline classified Guzman’s fastball as an 80 on the 20-80 scouting scale that offseason and ranked him as the Yankees’ ninth-best prospect at the time of the deal.

RELATED: Breaking down Giants who will get in or get close to HOF

Guzman has struggled to reach those heights in the years since the trade, but he made his MLB debut during the shortened 2020 season and threw 1 2/3 innings in the big leagues last year. In those two appearances, Guzman allowed six earned runs and walked six. Guzman has sat 96-97 in his big league appearances and topped out at 99 mph.

The Giants are not allowed to add to their big-league roster during the lockout, but Guzman essentially gives them a free look next season at a talented minor leaguer who could find a fit in their bullpen at some point if he can get healthy and improve his command.