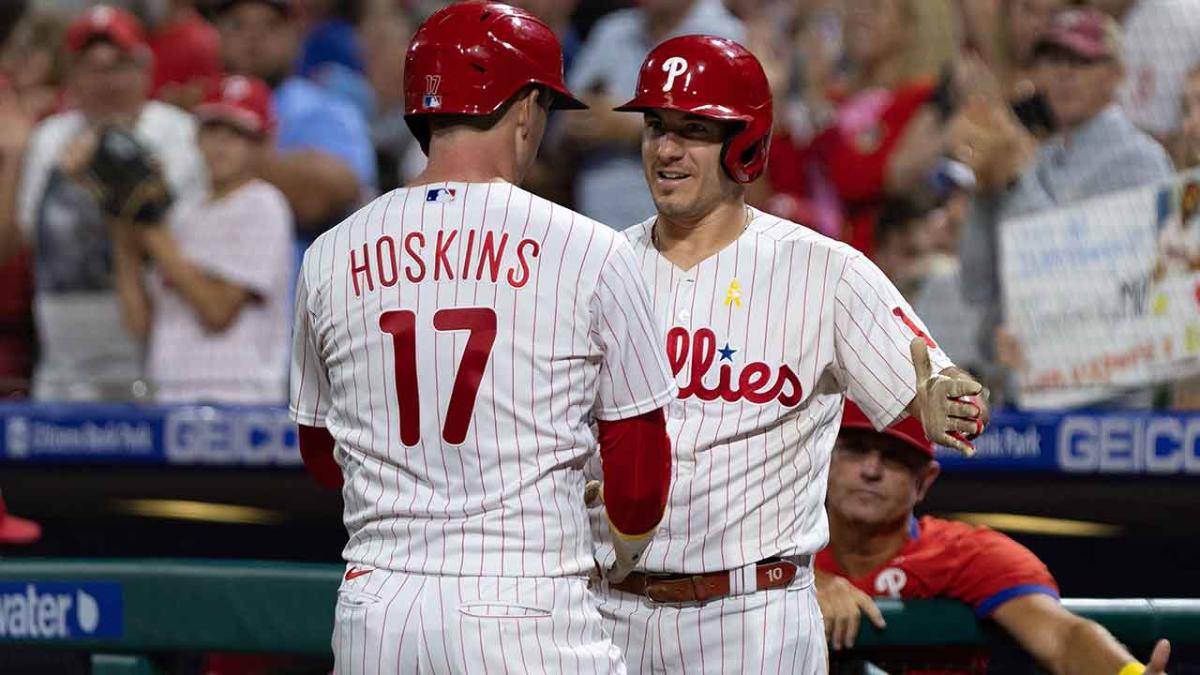 The Washington Nationals won the World Series in 2019 and have ridden a downbound train ever since. They’ve let big-time talent walk and traded it away, reducing the payroll amid indications the team could be sold in the near future.

The Phils ran their season record against the Nationals to a robust 11-2 with a 5-3 victory at Citizens Bank Park on Friday night. The Phils have won three of four against the two worst teams in the National League East since coming home from last week’s dreadful 1-5 trip to Arizona and San Diego.

The three wins have improved the Phils to 76-62 on the season and helped them take a step toward their first playoff berth since 2011. The Phillies, Padres and Brewers are battling for the last two NL wild-card spots. At the moment, the Brewers are the first team out. The Phillies lead them by 3½ games with 24 remaining. Six of those games are against the Nationals.

Before the 2019 season, the Phillies tried to sign free agent Patrick Corbin. The left-hander ended up signing with Washington and helping the Nats win the aforementioned World Series. But Corbin led the majors with 16 losses last season and 2022 has turned out to be just as difficult. He lost for the 18th time, most in the majors, on Friday night as the Phillies piled up 12 hits and five runs against him in 6⅔ innings.

Corbin is 0-3 with an ERA of 10.97 against the Phillies in three starts this season.

Rhys Hoskins and J.T. Realmuto both homered to lead the Phillies’ attack. Hoskins’ homer, his 27th of the season, was his first in 20 games and 92 plate appearances.

Realmuto also had an RBI single, giving him 18 RBIs in his last 17 games.

Right fielder Dalton Guthrie made his second big-league start since being called up from Triple A to replace injured Nick Castellanos last weekend. He enjoyed his first two big-league hits and both drove home runs.

Guthrie made his big-league debut Tuesday night. His parents flew up from Sarasota for that game and debated whether to stick around the rest of the week. They did. And they will head back home with a little souvenir — the ball that their son stroked for his first hit and RBI.

Guthrie went on to praise how welcoming his teammates have been.

“These guys make you feel at home,” he said. “They make it seem like it’s just baseball. We’ve been playing baseball our whole lives. It’s just an advanced game of baseball here.”

Edmundo Sosa got the start at third base and Alec Bohm served as the DH in place of resting Bryce Harper. Sosa had his third strong game of the week with a triple, a single and run scored. He reached base safely 11 straight times this week before grounding into a double play in the seventh.

Things got a little antsy for the Phils in the ninth. Andrew Bellatti and Jose Alvarado pitched scoreless ball after Syndergaard departed and manager Rob Thomson called upon lefty Brad Hand for the ninth-inning save chance.

Hand, however, allowed a pair of two-out singles and Thomson went to right-hander Nick Nelson for the final out and the save.

Like Guthrie, Nelson went home with a souvenir, a ball tucked in his backpack. The save was the first of his big-league career.

“Pretty cool,” he said with a straight face.

Finally, he smiled as if he couldn’t hold it in anymore.

Thomson was able to get David Robertson some rest. Robertson might be down another day Saturday. He has been keeping the closer job warm for Seranthony Dominguez, who will return from the injured list Sunday.

C.J. Cron CRUSHES a ball 504 FEET against the Diamondbacks