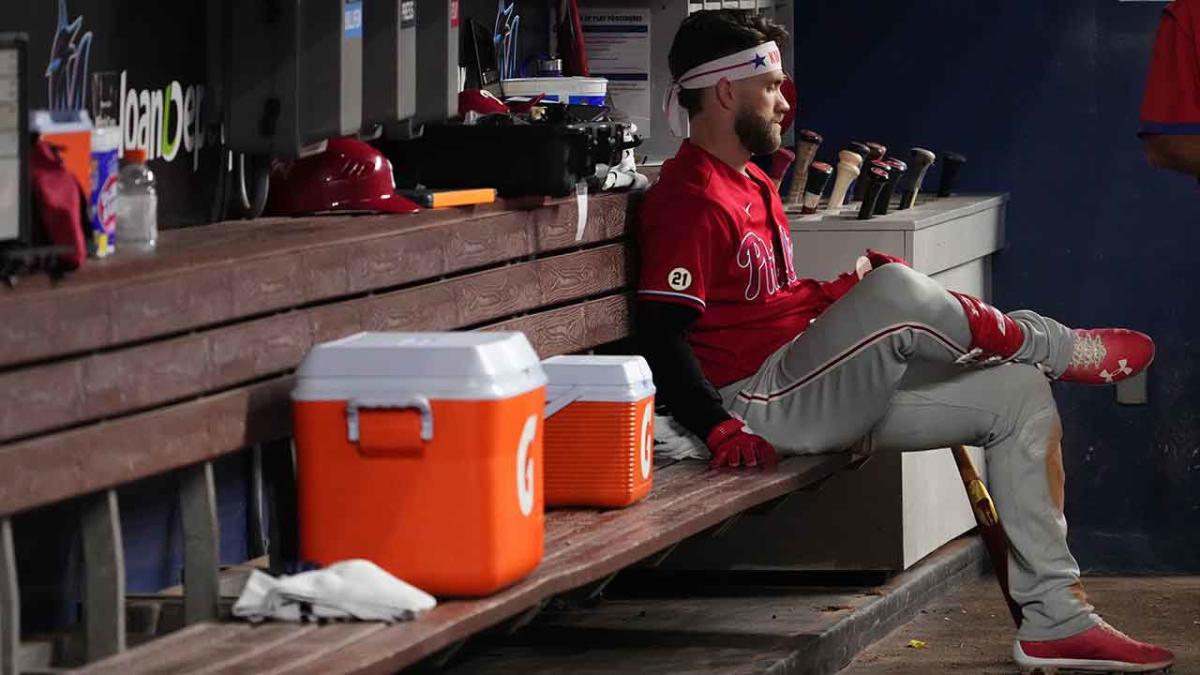 MIAMI — Though the Phillies are firmly in the driver’s seat in a three-team race for the final two National League wild-card playoff spots, they haven’t reached the finish line yet. There are 19 games remaining in the regular season and the schedule, which has been quite friendly over the last 10 days, is about to toughen up again.

The Phils suffered a 5-3 loss to the Miami Marlins on Thursday night but still managed to win two of three in the series, capping a nine-game stretch in which they went 7-2 against the Marlins and Washington Nationals, two of the worst teams in the NL.

Starting Friday night, the Phils begin a stretch of nine straight games against the opposite end of the spectrum.

The Atlanta Braves are 88-55 and locked in a battle with the New York Mets for the NL East division title.

And the Toronto Blue Jays are trying to wrap up a wild-card spot in the American League.

So, the next nine games will be a test for the Phils as they try to cover the final miles of the regular season and end a 10-year playoff drought.

“I feel good,” he said. “We’re playing well. I feel as confident as ever with our ballclub. We’re playing well, we’re battling, there’s a lot of energy in the dugout. Everybody is pulling for each other. Whatever move we make, whether we play a shift or not and the ball goes through, everybody is on board, pulling in the same direction. So, I’m really confident in this group.”

Seven of the Phillies’ next nine are against the Braves, who have played .699 ball since June 1. Ranger Suarez will oppose Max Fried in a battle of lefties in the series opener Friday night in Atlanta. Aaron Nola and Jake Odorizzi will pitch Saturday night with Bailey Falter facing rookie sensation Spencer Strider in the series finale Sunday afternoon. The two teams meet four more times next week in Philadelphia and there’s a possibility they could see each other again in the first round of the playoffs during the first week of October. They have met 12 times so far this season, each team winning six.

The Phils ended their season series against the Marlins with a 12-7 record. Surely, they’d take that after the problems the Marlins had caused them in recent seasons.

Miami right-hander Pablo Lopez held the Phillies to four hits and two runs over 6⅔ innings. The Phils wasted a leadoff triple against him by Brandon Marsh in the third inning and that hurt. They got the first two runners on base in the eighth against reliever Tanner Scott, but Jean Segura grounded into a double play. Segura broke his right index finger trying to bunt in May and missed two months so Thomson wasn’t about to ask him to lay one down.

Marsh had four hits and two RBIs on the night. He played stellar center field throughout the series.

The Phillies acquired Marsh at the trade deadline. Two other trade deadline pickups were in the spotlight Thursday night. Infielder Edmundo Sosa injured his right hamstring and had to leave the game. He was sore after the game and will be re-evaluated Friday. Sosa has provided a spark offensively and defensively since joining the team. He would be missed if he needs downtime.

Meanwhile, Noah Syndergaard, another trade deadline acquisition, allowed six hits, including a pair of homers, and four runs over six innings and took the loss.

“I feel like I executed my pitches, but I’d like to have those two back,” Syndergaard said.

The right-hander has a 4.79 ERA in eight starts with the Phillies. The club is 5-3 in those games, but he’s given up 15 earned runs in 22 innings in his last four starts.

With Zack Wheeler nearing a return from the injured list and his replacement, Bailey Falter, pitching well — the team is 6-0 in his last six starts — the Phils could be forced to decide between Falter and Syndergaard soon. Syndergaard’s spot in the rotation is due to come up three more times before the regular season ends.

Wheeler, who has missed four starts with right forearm/elbow inflammation, will take an important step in his recovery when he throws to hitters in a simulated game several hours before Friday night’s game. So that’s just another reason why these next few days in Atlanta will be important for the Phils.

Lance McCullers Jr. DOMINATES on the mound in Astros' victory vs. Athletics