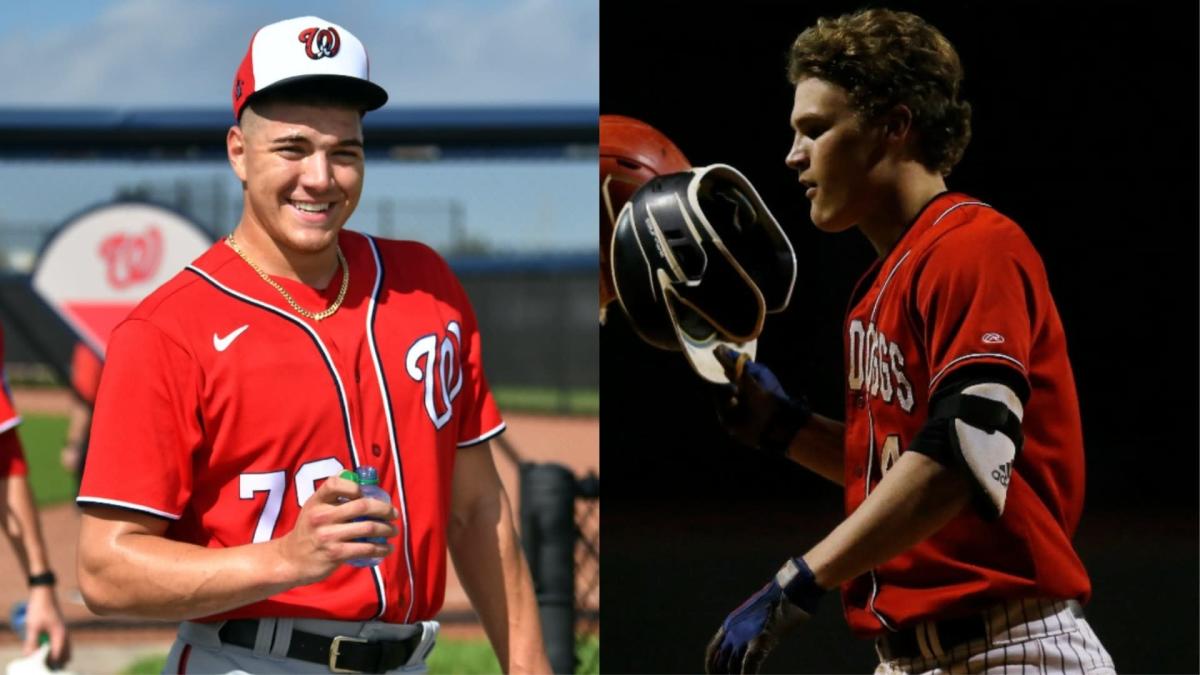 The Nationals’ ongoing rebuild is in its early stages, with their future core of young and controllable players still coming together. President and GM Mike Rizzo hasn’t shared a definitive timetable, but Juan Soto’s three years of team control offer an idea of when Washington might make a push to return to the playoffs.

“We started this thing in 2009 way below where we’re at today, as far as organizationally, and it took us three years to win 98 games,” Rizzo said at last summer’s trade deadline. “So, we have a great plan in place, we’ve got great people out in the field, scouting and developing our players, and we’ve got a great major league staff, and a good stable of players that are going to impact the majors in the near future.”

Crucial to the Nationals’ chances at a quick rebuild are their last two first-round picks. Right-handed pitcher Cade Cavalli and shortstop Brady House are the team’s top prospects behind catcher Keibert Ruiz, although it recently came to light that Ruiz is no longer rookie eligible. Both Cavalli and House are coming off impressive seasons and their respective rankings of 27th and 59th in Baseball America’s Top 100 reflect the potential they’ve showed already.

Cavalli, 23, made his professional debut in 2021 and rocketed his way up the Nationals’ farm system. He began the year in High-A and was pitching for Triple-A Rochester by the end of the season. Along the way, he racked up the most strikeouts of any pitcher in the minors (175) and made a statement performance in the MLB Futures Game.

Baseball America’s prospect reporter Ben Badler sat down with NBC Sports Washington and discussed how Cavalli was able to move into the top 30 of Baseball America’s rankings after he was off the list entirely when the 2021 season began.

“He was just on the fringe, just on the periphery of our top 100 last year,” Badler said. “When he did come out right away, it was pretty electric stuff. He was just piling up strikeouts, touching 100 mph or sitting in the mid 90s. He has four pitches that are missing bats [including] a pair of breaking balls — the slider in particular is an out pitch for him.

“As he moved up to Double-A and Triple-A by the end of the year, we saw the control back up on him. So he does need to throw more strikes, but if he just has average control he could be a mid-rotation starter and if the control is even better than that he has the stuff to end up pitching in the front of a rotation.”

Cavalli’s development is critical for the Nationals, an organization that’s been built around starting pitching for the last decade. Josiah Gray showed promising signs in his first stint with the Nationals last season and 2019 first-round pick Jackson Rutledge has an arsenal that gives the team hope he can put a tough 2021 campaign behind him. However, they still have plenty of depth to build up behind them.

On the hitting side, House was an immediate injection of offense for the Nationals’ farm system after they drafted him 11th overall last summer. The 18-year-old played 16 games in the Florida Complex League and left little doubt as to his potential with a .970 OPS fueled by four home runs and three doubles. He cracked Baseball America’s top 100 despite having just 66 professional plate appearances to his name.

“You just look at him, I’ve been watching him play since he was 16 with USA Baseball and he’s just always been this man-child,” Badler said. “A lot of times guys who are early physical, mature guys are not necessarily the ones you want as a team because a lot of times they’re just getting by on just advanced strength compared to their peers.

“But that’s not really the case with House. He’s a pretty polished baseball player too, just to go with that strength and physicality that he has. It’s plus raw power. It’s a pretty short swing too for a bigger guy, a lot of bat speed, a lot of strength. I think the power is just gonna continue to go up for him. But he also hits in games, he’s not just a BP hitter.”

House will likely begin the 2022 season in Low-A Fredericksburg, so he’s got a long way to go before he’s joining the Nationals in D.C. His ability to handle shortstop will go a long way toward determining how quickly he moves through the system. Though the Nationals are letting the 6-foot-4, 215 lb infielder show he can stick at the position, his physical profile is more typical for that of a third baseman.

“I think even if Brady House goes to third base, he has the offensive ability to be an impact player there both at the plate and on defense,” Badler said. “He has an outstanding arm for the left side of the field, has a pretty good internal clock and hands at the position too. So there’s a lot to like and a reason we’re excited to have him already in our top 100 even though he’s still at the complex-league level right now.”

It would be ambitious to expect House to reach the majors within three years, but he was a first-round pick for a reason. As the Nationals attempt to rebuild their farm system without undergoing a complete teardown, the development of their top draft picks will play a significant role in determining just how long that might take.