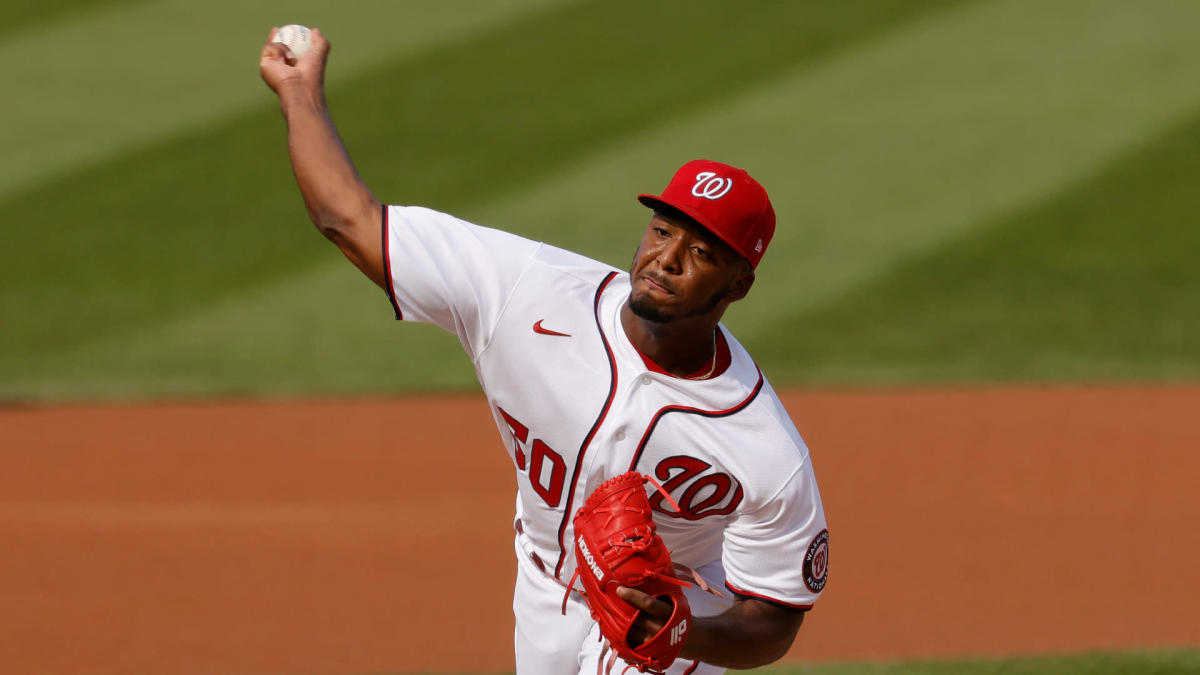 Sandwiched around their 14-0 blowout victory over the New York Mets in their spring training finale Tuesday, the Nationals announced several roster cuts that trimmed the number of players left in major-league camp down to the 28 required for Opening Day.

Washington began the day by selecting the contract of starting pitcher Aníbal Sánchez, giving him the spot on the 40-man roster that had previously belonged to outfielder Andrew Stevenson. Sánchez was a member of the Nationals’ 2019 World Series championship team who took last season off before signing a minor-league deal with the club in March. Now, the 38-year-old is back in their rotation.

The Nationals also optioned reliever Hunter Harvey, a waiver claim plucked from the San Francisco Giants this spring, to Triple-A Rochester. A few hours later, the team announced left-handers Sam Clay and Josh Rogers would be joining him. Rogers was in contention with Paolo Espino and Joan Adon for the final spot in the Nationals’ rotation while Clay was vying for a bullpen role.

With those moves, here’s a projected Opening Day roster for the Nationals. MLB and the players union agreed to expand active rosters by two players until May 1, so they’ll carry 28 players instead of the usual 26.

In addition to Sánchez, the Nationals have three other non-roster invitees in Arano, Franco and Strange-Gordon expected to break camp with the team. Washington still has yet to clear space on the 40-man for them but will have until Thursday to do so.

Among the most notable roster decisions was naming Adon the No. 5 starter. According to multiple reports, the right-hander received a strong endorsement from manager Davey Martinez despite allowing seven runs in nine innings of work this spring. He made his MLB debut in the Nationals’ final game of the 2021 season and put together a solid outing against the playoff-bound Boston Red Sox.

MLB Pipeline ranks Adon the No. 8 overall player in Washington’s farm system. His placement in the rotation bumps the versatile Espino back into the long-relief role he held for much of last season. With Clay in Triple-A, Doolittle is the lone southpaw out of the bullpen. He’s expected to be in the mix for saves early on this season alongside Cishek, Rainey and Finnegan.

Equipped with a permanent DH, the Nationals opted to carry a 10th reliever rather than a fifth bench bat such as outfielder Gerardo Parra or catcher Tres Barrera. As a result, their bench will consist of Adams, Strange-Gordon, Fox and Hernández. Fox was in line to begin the year at Triple-A until utility man Ehire Adrianza suffered a quad injury that landed him on the 15-Day IL.

Franco’s addition to the 40-man solidified his place in the Nationals’ Opening Day lineup. The veteran infielder will be Washington’s everyday third baseman to begin the year while Kieboom works his way back from an elbow injury. If he struggles, Franco could cede playing time to Adrianza once he’s eligible to return.