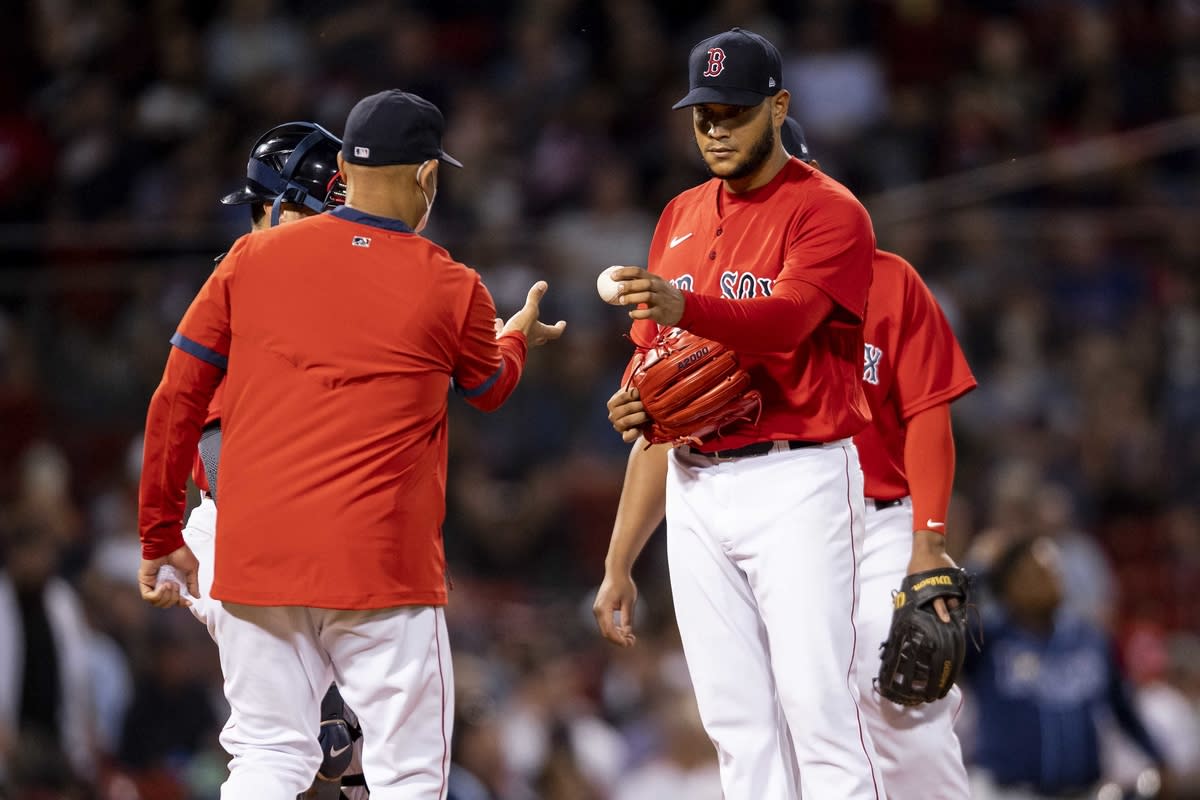 Tomase: Pivetta saves the day in Game 3, so who goes in Game 4? originally appeared on NBC Sports Boston

The Red Sox and Rays engaged in an instant classic on Sunday night, but that only leads to an obvious question: now what?

With both clubs leaning heavily on their respective bullpens, Monday’s Game 4 is shaping up to be a battle of attrition.

Now both clubs will be scrambling for arms with Boston trying to close out the series and Tampa hoping to send it back to Tropicana Field on Wednesday.

“We’ve got to win tomorrow,” said Rays manager Kevin Cash. “We don’t really have many choices. Today was a really big win for them and a really tough loss for us. We put ourselves in a little bit of a bind.”

We’ve got to win tomorrow (Monday). We don’t really have many choices. Today was a really big win for them and a really tough loss for us. We put ourselves in a little bit of a bind.

Red Sox manager Alex Cora said that left-hander Eduardo Rodriguez would likely get the start. He recorded only five outs in Thursday’s Game 1, allowing a pair of runs and throwing 41 pitches in the 5-0 loss. After Rodriguez, Cora’s decisions get tricky.

Fellow left-hander Martin Perez could start, because he has yet to throw in the series. He also has only made one appearance since Sept. 24. Had Sunday’s game reached the 14th inning, Perez was warming to replace Pivetta, who has thrown 140 pitches over the last three days.

After saying the Red Sox wouldn’t use left-hander Chris Sale in relief, Cora reversed himself before Sunday’s game. Sale only threw one inning and allowed a grand slam in Friday’s 14-6 victory, so he could be a candidate to throw as well.

The real question is what Cora will do with Tanner Houck. The right-hander saved the series on Friday with five innings of one-run ball in relief of the ineffective Sale, allowing the Red Sox to mount a comeback. But Houck threw 61 pitches and will be going on only two days of rest. If he doesn’t throw on Monday and the Red Sox lose, he’d likely start Game 5. Then again, if the Red Sox have a chance to close out the series, Cora will undoubtedly be aggressive.

His primary relievers — right-handers Ryan Brasier and Hansel Robles — both come with question marks. After appearing in six of the final eight games of the season, Brasier has now thrown in all but one playoff game, including a perfect inning (11 pitches, all strikes) on Sunday.

Robles allowed his first runs since August to blow a 4-2 lead in the eighth, and then left with an illness, eventually throwing up, Cora said. Robles walked out of the clubhouse on Sunday with a fist bump for a security guard, looking none the worse for wear, but his status is uncertain, too.

It’s possible Cora could summon right-hander Adam Ottavino, who threw a scoreless eighth in Game 1. He’s less likely to call on All-Star right-hander Matt Barnes, who looked shaky in the ninth on Friday.

Meanwhile, the Rays were already planning on a bullpen game and could start right-hander Collin McHugh, who helped blow Thursday’s 5-2 lead, or veteran right-hander Michael Wacha, who mopped up. The only reliever they’ll probably avoid is former Yankees standout David Robertson, who threw two innings and 40 pitches on Sunday and has appeared in all three games.

“I’m sure we’ll have a lot of discussions into the night and into tomorrow,” Cash said. “I’m confident everybody that threw one or one-plus is fine to bounce right back. We’ve got McHugh down there who didn’t pitch, Wacha, who didn’t pitch, and we’ll find a way to piece it together.”