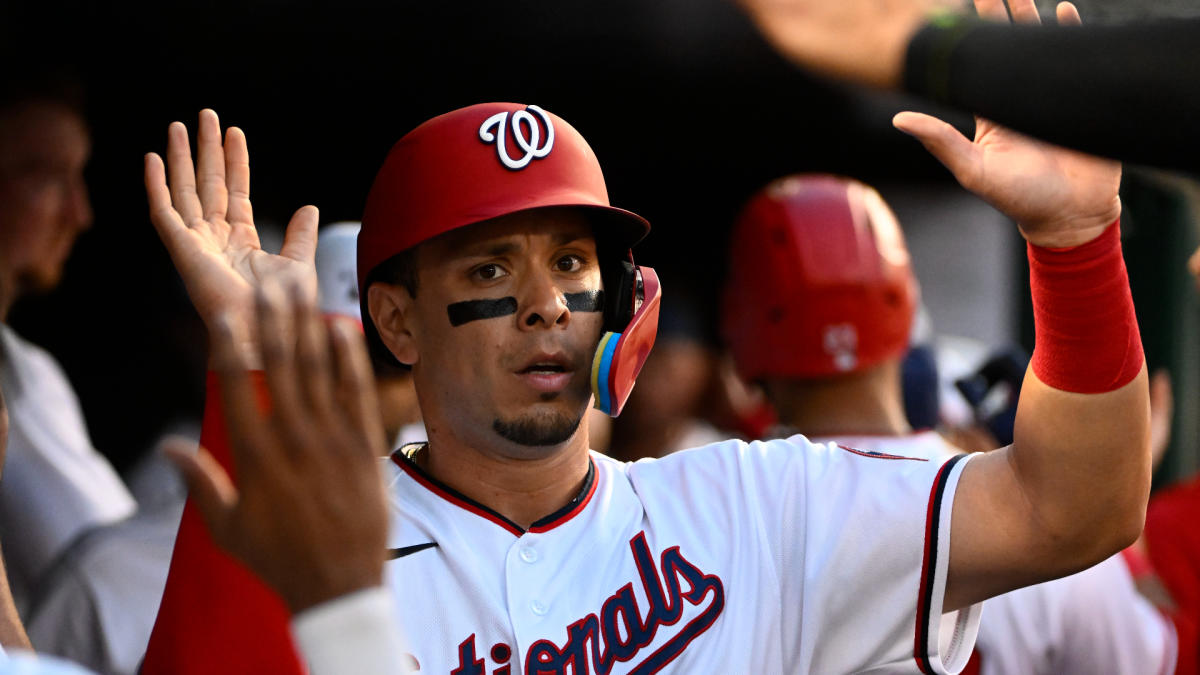 WASHINGTON — When Joey Meneses finally got his opportunity, he made sure not to waste it.

The Nationals promoted the 30-year-old rookie on Aug. 2 as a corresponding move for the trade deadline deal that sent Juan Soto and Josh Bell to the San Diego Padres. He made his MLB debut in Bell’s usual spot at first base and homered in his third at-bat.

But what started as a feel-good story for a 10-year veteran of the minor leagues has turned into a revelation for the Nationals. With three doubles Tuesday against the Oakland A’s, Meneses has racked up 31 hits in 23 games — a Nationals record for a rookie to begin his career and tied for the third most by any player over his first 23 games in the last six seasons.

“Very proud of, in a way of saying it, I didn’t throw in the towel,” Meneses said through a team interpreter after Tuesday’s 10-6 loss. “I’m out here giving my full effort and just trying to give the most I can to show the team that I belong here and help the team any way possible to win these games. So, just keep working and doing what I can to help the team out here.”

Meneses’s professional career began in 2011 with the Atlanta Braves’ rookie ball affiliate. He spent six years with the Braves, one with the Philadelphia Phillies, another with the Orix Buffaloes in Japan and two with the Boston Red Sox. Meneses also played winter ball in Mexico almost every offseason and represented his home country in the 2020 Tokyo Olympics.

Now, he’s starting every day for the Nationals (43-86) as they close out a rebuilding year. The addition of Luke Voit to the active roster has pushed Meneses to right field — yes, Soto’s old spot — where he has adapted well despite playing first for most of his minor-league career.

“The one thing for me is that he’s going out there and playing with a lot of energy and playing with a lot of confidence,” manager Davey Martinez said in his postgame press conference. “This is his opportunity and he’s taking full advantage of it and, for me, that’s great to see that a guy has put that much effort and time in playing this game and finally gets a chance to play up here and continues to do what he did in the minor leagues. It’s awesome.”

The true test for Meneses will be presented to him sooner or later as pitchers adjust how they approach him. For the Nationals, the good news is that the Statcast data backs up his exciting start.

Meneses enters play Wednesday with a 91.2 average exit velocity that would rank 31st in baseball if he had enough plate appearances to qualify. His rate of 8.5 barreled balls per plate appearance is on par with All-Stars such as Julio Rodríguez (8.6) and Paul Goldschmidt (8.2).

It’s that skill — putting the barrel on the ball with consistency — that Martinez believes has allowed Meneses to find such early success.

“He stays on the baseball,” Martinez said. “We talk about him staying over the middle of the field. He can hit the ball the other way and he’s just a good hitter. He puts himself in a good position to hit every pitch so he’s done well since he’s been here. He’s done this all year too, in Rochester he was swinging the bat really well.”

With starting jobs in the Nationals’ outfield ripe for the taking, Meneses is making an early case to be in the mix for a roster spot heading into 2023.

“That’s also something I can’t control,” Meneses said. “Those aren’t the decisions I’m gonna make. All I can do is show them what I’m capable of doing and perform the way I know I can and hopefully I stay up here for many years.”

How Dariq Whitehead recovers from injury key for Duke, Scheyer