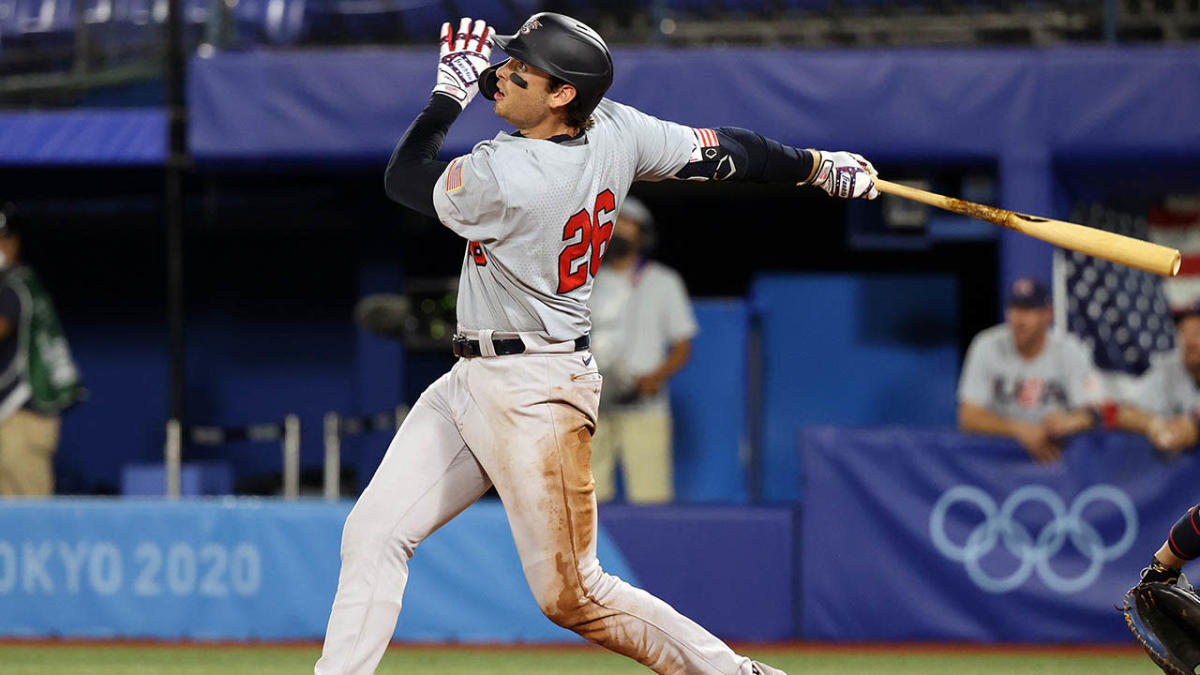 With the 2022 Winter Olympics underway in Beijing, the summer games may feel like a distant memory. But not to Triston Casas.

The slugging Red Sox prospect saw his stock soar in Tokyo as part of Team USA’s silver medal baseball team. Playing against the most experienced competition of his life, Casas led the tournament in home runs (three) and RBIs (eight). His only regret is coming up short to the hosts in the gold medal game, but it hardly dulled the luster on his performance.

As he prepares to start his fifth season in the Red Sox organization, Casas knows he’s knocking on the door of a promotion to Boston. And when he gets here, he’ll have an Olympic experience in his pocket to boost his confidence.

Tomase: This Sox pitching prospect is a sleeper to reach MLB in ’22

“I haven’t played in that high level of game in a long time,” Casas said. “To feel that pressure without the intensity of the fans, but knowing what’s at stake, it was such a weird game. The atmosphere was just unlike anything I’ve ever played in. But I had a really good experience in Tokyo and I played in in some high-pressure situations, and I think I represented our country the way we needed to in that event.

“So I’m really happy with the way everything turned out, except for the loss. But I think I’ve developed a lot over there just as much or if not more than if I would have continued playing in Portland.”

Casas’ homers weren’t in garbage time, either. His two-run shot gave the U.S. a 2-1 lead over South Korea in the Group B finals, his three-run homer erased a 4-3 deficit vs. Japan in the medal round, and his two-run blast vs. the Dominican sent Team USA to the gold medal game.

Making the experience even more productive, Casas played for two-time All-Star catcher and two-time Manager of the Year Mike Scioscia.

“He was awesome,” Casas said. “Getting to pick his brain throughout the whole trials and then the training and then the qualifiers and then the Olympics. I got to be around him a lot. And I knew he has had a lot of experience playing in very high level situations such as the World Series.

“He’s been around Hall of Famers and coached All-Stars. So I tried to gravitate towards him as much as possible and I think we developed a pretty good relationship, given the time we had together. We got to learn a little bit from each other about life and about baseball. I definitely consider him one of the one of the more qualified mentors I’ve had in my short time playing this game.”

Although a gold medal eluded him, the real prize for Casas is a career in the big leagues, and he’s never been closer to making that dream a reality.

Although a gold medal eluded him, the real prize for Casas is a career in the big leagues, and he’s never been closer to making that dream a reality. He hit 14 homers in 86 games between Double-A Portland and Triple-A Worcester last year, batting .279 with an .877 OPS. He then went out to the Arizona Fall League and looked like a man among boys, posting a .495 on base percentage while batting .372.

The next step will be increasing his power. Casas just turned 22 and already stands 6-foot-5, 265 pounds. He has taken a contact approach into two-strike counts throughout his career, chasing, as he puts it, “on base percentage as opposed to slugging percentage.”

But don’t be fooled, because one is setting the stage for the other.

“I feel like on base puts you in a good process to make contact, grind out at-bats, swing at good pitches,” he said. “And I think that all leads towards the end result of wanting to slug, wanting to drive the ball.

“But more importantly, to be a power hitter, you shouldn’t have to try to hit home runs or try to make something happen. I know I’m plenty big and strong enough. I’m more than capable enough to tap into that power. It’s just a matter of if I’m swinging at the right pitches and the right counts and mentally I’m engaged on what I’m trying to accomplish in the box.”

It’s a process that started in 2018 when the Red Sox drafted the Florida high schooler, and it continued through Tokyo last summer. Perhaps it will end in Fenway Park this year.

“From here on out, whether I’m expected to make the Major League roster or go back to Triple A, I’m always just looking forward to what’s ahead of me and controlling what I can control,” he said.

“I know that it’s going to happen one day and I just want to prepare as well as possible and make an impact when I get there — hit the floor running and not look back and hopefully get a one-way ticket.”