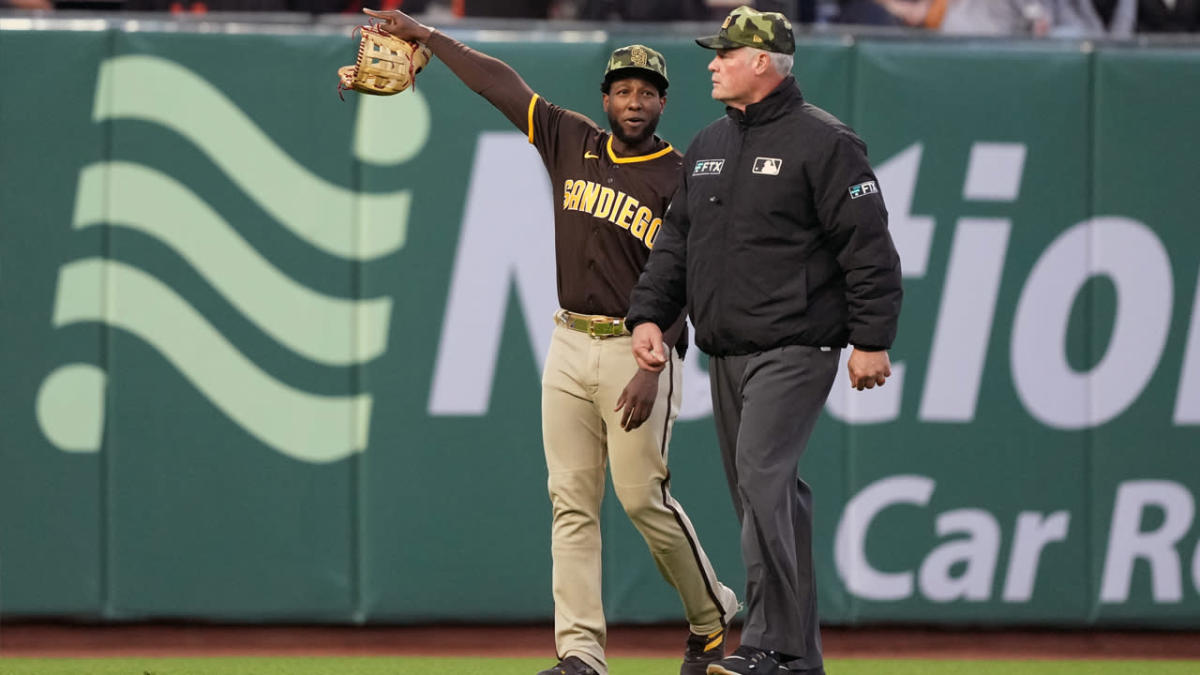 SAN FRANCISCO — Jurickson Profar had three hits on Friday night, including the one that proved to be the game-winner. But those at-bats weren’t the only time he was in the spotlight on a rowdy night at Oracle Park.

Profar had a couple of baseballs thrown in his direction before the bottom of the third and four innings later a beer bottle was thrown onto the field from the bleachers. After the game, which the Padres won 8-7, Profar said it was “very frustrating” to deal with.

“You can talk whatever you want, you paid to watch the game, you can talk,” Profar told reporters. “But these guys are the worst in the league. They can talk but as soon as you try to throw stuff, that’s different.”

The first incident led to a brief stoppage as crew chief Ted Barrett went over to talk to Profar and take a look at fans in the left field bleachers. Profar had been warming up between innings and said he tried to throw his warm-up ball to a Padres fan.

Profar noted that throwing balls in his direction was dangerous because he was looking in at the pitcher’s mound.

“I’m not watching,” he said. “They can hit me in the back of the head. You can get a concussion or something.”

As Profar chased it down, a blue beer bottle was thrown and landed just in front of the warning track. It didn’t land near Profar, but he walked over and picked it up, staring at fans as he walked away from the bleachers. Profar threw the beer bottle into foul territory as security guards in the bleachers tried to identify the guilty party.

Manny Machado had several conversations with umpires during the game and Profar said Machado talked to a security guard, too. He said he noticed a lot of security in the bleachers late in the game, which the Padres won when Machado and Profar drove runs in in the 10th inning.

The Giants have had a couple of boisterous crowds this season on Friday nights but no known previous incidents with visiting players. Padres right fielder Wil Myers didn’t deal with anything on his side of the field, but didn’t seem surprised. He called the scene at Oracle Park “pretty wild.”

“It’s pretty hostile every time you come play. The fans are very engaged in the game,” Myers said. “I don’t agree with what they were doing tonight, but this is who they kind of are. It’s a tough place to play and a good environment. It’s good to come out with a win.”

No stopping Warriors when they get rolling

Oilers even series with Flames