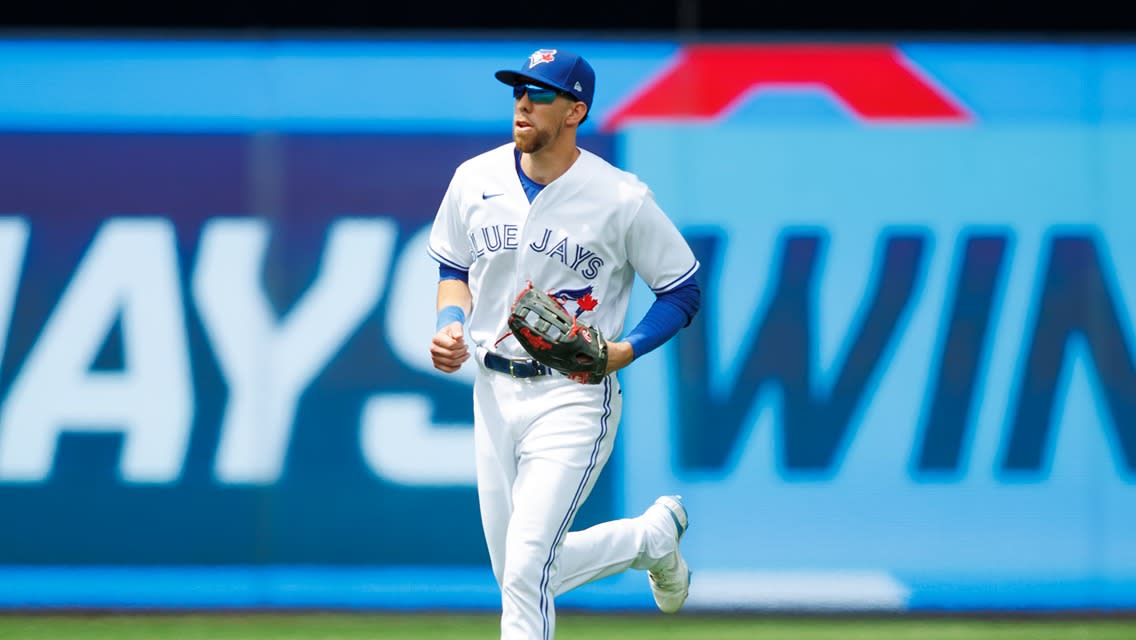 In need of outfield depth, the Phillies claimed Bradley Zimmer off waivers from the Toronto Blue Jays. He is expected to be in uniform for the club when it opens a four-game series with the New York Mets at Citizens Bank Park on Friday night.

The addition of Zimmer was necessitated by an injury to starting center fielder Brandon Marsh, who was placed on the injured list Thursday.

Marsh suffered a bone bruise to his left knee and a sprained left ankle when he landed awkwardly after trying to rob a home run from Cincinnati’s Jonathan India on Tuesday night. At first, it was feared that Marsh suffered a serious knee injury, but an MRI revealed just the bone bruise. Marsh’s ankle injury turned out to be the more serious injury and it will require some recovery time.

The Phillies acquired Marsh from the Angels at the trade deadline to shore up their defense in center field. Like Marsh, Zimmer is a strong defender. He spent the bulk of his career with Cleveland before being dealt to the Blue Jays in April. With the Jays, Zimmer played sparingly. He had just eight hits (two were homers) in 76 at-bats and was used mostly for defense late in games. The Jays let him go earlier this week when they activated George Springer from the injured list.

Like Marsh, Zimmer hits left-handed, which is ideal for the Phillies because they can pair him in a platoon with righty-hitting Matt Vierling.

The Phils’ outfield depth took a hit in April when Bryce Harper sustained an elbow injury that prevented him from throwing and caused him to move to the designated hitter spot. Kyle Schwarber has not started the last six games due to a right calf strain. He is expected to return to the lineup Friday night but as the DH. Organizationally, the Phillies recently lost center fielder Simon Muzziotti for the rest of the season with a knee injury.

After Marsh went down, the Phillies used infielder Nick Maton in the outfield on Tuesday and Wednesday and the front office went to work seeking outfield depth. A reunion with Odubel Herrera was not considered.

To accommodate Zimmer on the 40-man roster, the Phillies transferred Harper to the 60-day IL. This is largely a procedural move. Harper has not played since June 25 and will be eligible to be reinstated from the 60-day IL next Thursday. By that time, Harper should be playing in minor-league rehab games as he prepares to rejoin the active roster around September 1. Rosters expand from 26 to 28 that day. Teams cannot carry more than 14 pitchers.