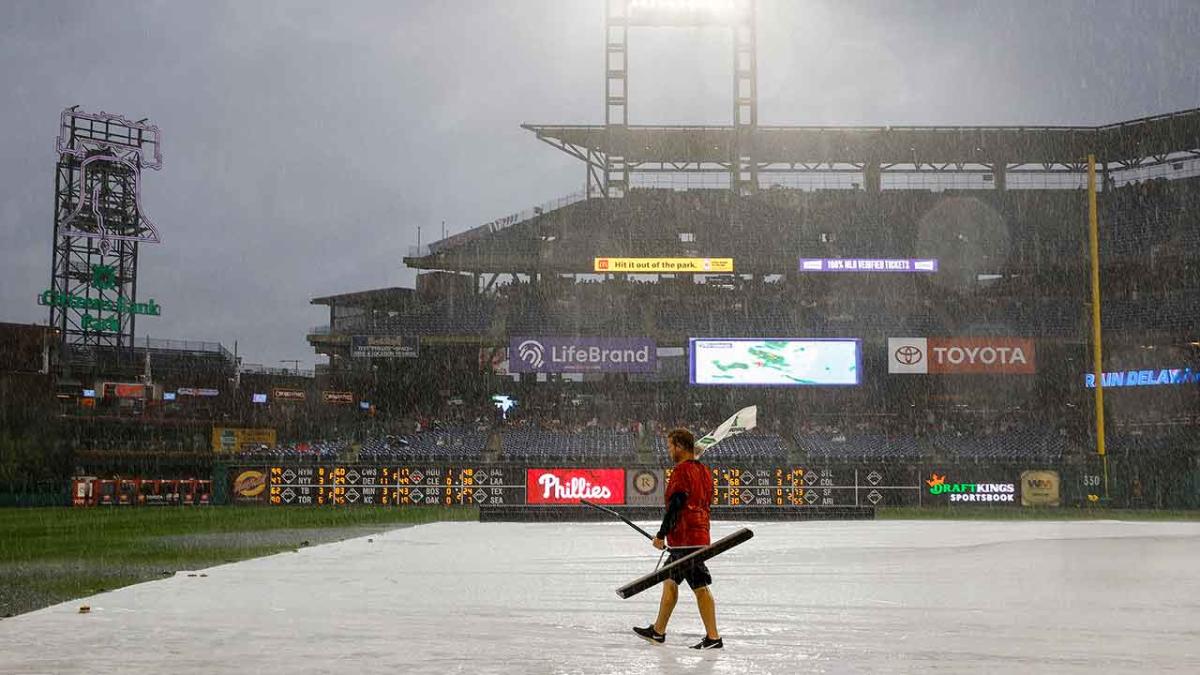 The Phillies and Mets were rained out for the second straight day Saturday, an unsurprising postponement given the steady rain that has been falling in Philadelphia for more than 24 hours.

Saturday’s game will be made up on Sunday, May 8 as part of a single-admission doubleheader beginning at 12:35 p.m.

Tickets for Saturday’s rainout will not be valid Sunday.

Fans who purchased tickets and parking for Saturday’s game directly from the Phillies will automatically receive an account credit in the amount of the face value of the tickets and parking. That credit can be used to purchase tickets to any remaining 2022 Phillies home game, depending on availability.

Fans who bought tickets on StubHub will receive an automatic credit directly from StubHub.

The postponed game Friday will be made up in a doubleheader on August 20.

When the Phillies take the field early Sunday afternoon, 60 or so hours will have passed since their last game, a heartbreaking, gut-punching 8-7 loss that saw the Mets score seven times in the ninth inning.

Kyle Gibson and Zach Eflin are slated to start for the Phillies on Sunday, with Max Scherzer and Chris Bassitt likely going for the Mets. It could be a difficult day for the Phils’ offense and it won’t get any easier. After the doubleheader, the Phillies will travel to Seattle to begin a seven-game West Coast trip Monday night against the Mariners and Dodgers.