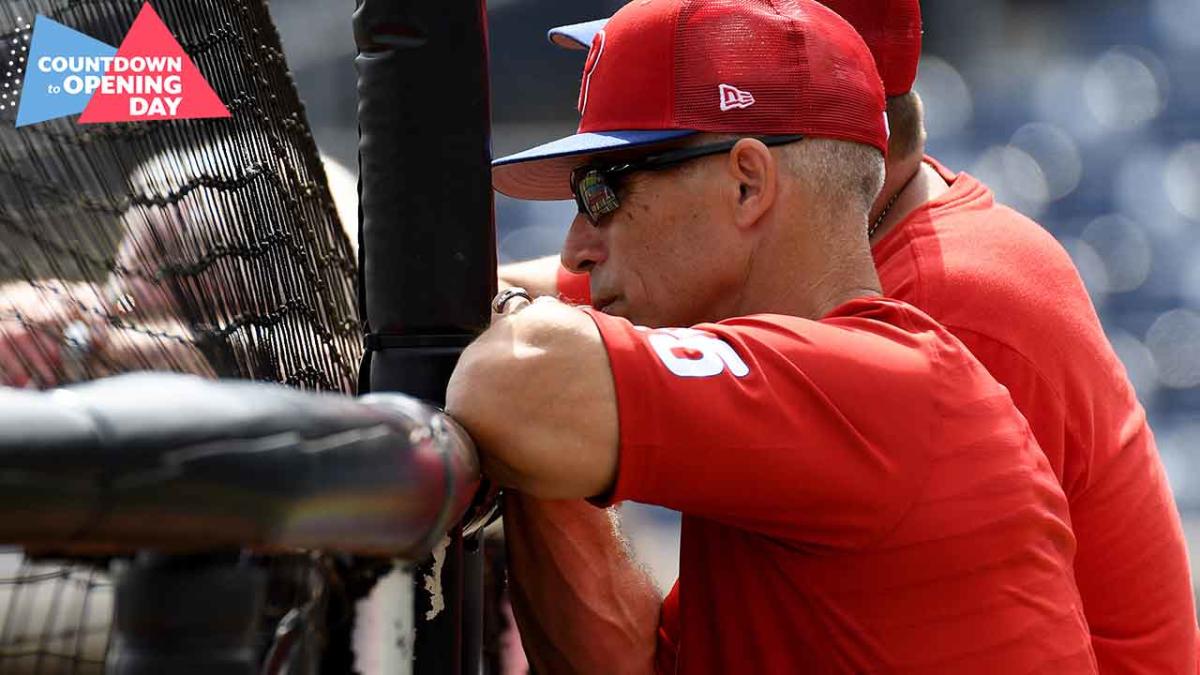 When Joe Girardi arrived in Clearwater for spring training, the pressure was already on.

He had come to Philadelphia as a much-celebrated hire in the fall of 2019, a man who had won three World Series rings as a player and another as a manager. He was the experienced winner the Phillies needed.

But two seasons as manager have produced a 110-112 record, two late nosedives and zero playoff berths as the organization’s postseason drought has risen to an embarrassing 10 years, longest in the National League.

Now, there have been reasons behind the Phillies’ mediocre play the last two seasons that a miracle worker, never mind a baseball manager, could not have overcome. Yo, did you see that bullpen? But Girardi has been around long enough to know that accountability starts with the skipper. That’s why, when the team was eliminated from playoff contention in the final days last season, he cleared his throat and said, “I feel like I failed.”

President of baseball operations Dave Dombrowski offered boilerplate praise for Girardi’s work after last season, saying, “He did fine. He did a good job for us.”

But Dombrowski’s most telling bit of commentary on Girardi’s performance may have come when he said he had no plans to exercise the option in the manager’s contract for 2023.

In other words, Girardi would enter 2022 as a lame duck.

Back at the start of spring training, Dombrowski was asked if anything had changed over the winter, if exercising Girardi’s option might now be in the plans.

“Nothing has changed,” he said.

But in subsequent days, something did change.

They joined Bryce Harper, Rhys Hoskins, J.T. Realmuto and Jean Segura to make up one of the deepest and potentially most explosive lineups in the league.

Before Schwarber and Castellanos, the Phillies signed closer Corey Knebel and setup men Brad Hand and Jeurys Familia. Total cost of those additions: $201 million. The Phillies will enter the new season Friday with a club-record payroll of $240 million — $10 million over the competitive balance tax threshold — and the highest expectations we’ve seen around here since the days of Jimmy, Chase, Ryan, Doc, Cliff and Cole.

It’s playoffs or bust for these Phillies — and a deep run at that. Remember, when he was in Boston, Dombrowski fired John Farrell after two straight American League East titles and first-round playoff exits.

The pressure is squarely on Joe Girardi and the organization’s decision not to pick up his option for 2023 is confirmation of that. If he’s going to manage the Phillies beyond this season, he’s going to have to earn it.

He seems OK with that.

He mentioned the strength he draws from his family, his wife and three children. At 57, he knows that is the important stuff.

But he still wants to win.

That’s why he came here.

And the 2022 Phillies will offer his best shot.

Dombrowski, in the second year of a four-year deal, came on board after Girardi was a year into a three-year contract. In that regard, the Phillies have been down this road before.

Pat Gillick inherited Charlie Manuel when he came on board as general manager in the fall of 2005. Manuel had just completed the first year of a three-year contract. Gillick was only lukewarm about keeping Manuel after the 2006 season, but he didn’t have a history of firing managers. He ended up keeping Manuel for the 2007 season and the Phillies began their greatest run of success in franchise history, five straight NL East titles, two NL pennants and a World Series title.

Manuel earned his right to stick around.

Joe Girardi will have to do the same.

Tuchel claims Chelsea have no chance of overturning Real deficit