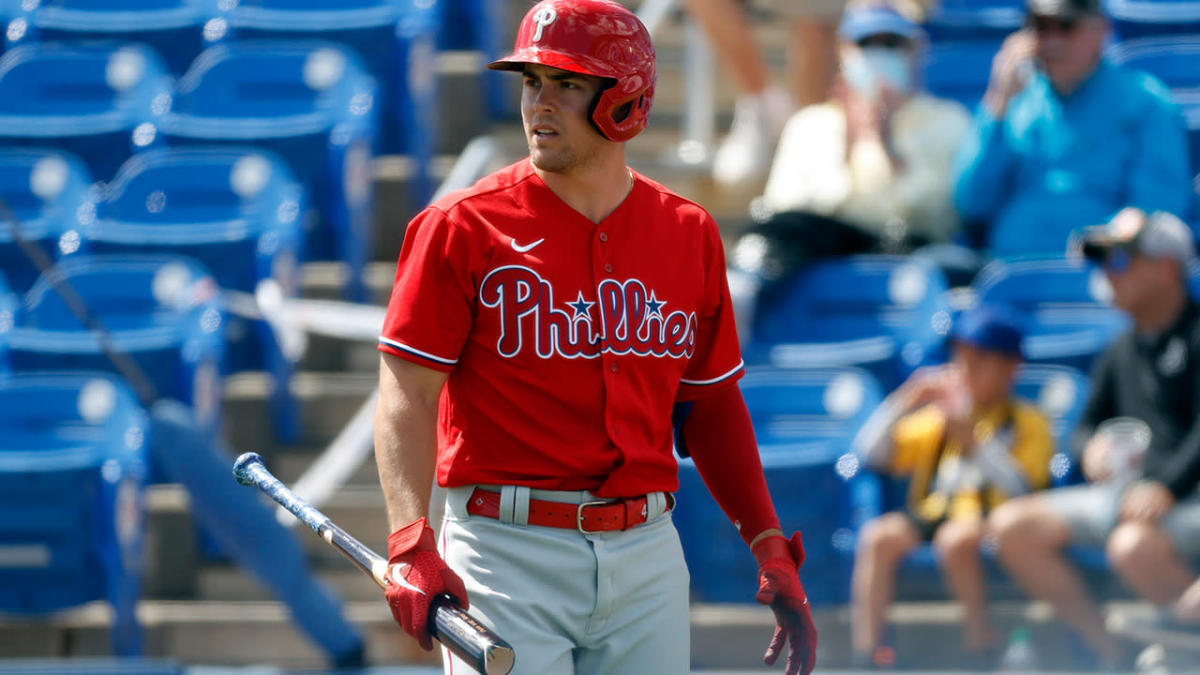 Kingery hits the road, hopes it leads back to the majors originally appeared on NBC Sports Philadelphia

CLEARWATER, Fla. – Not too many years ago, Scott Kingery was a headline-maker in Phillies spring training camp. He lit it up at the plate in 2017 and 2018. The Phillies signed him to a six-year, $24 million contract before he ever played in a big-league game.

Kingery was involved in a much less newsy transaction Friday when he was reassigned to minor-league camp.

He hopes it’s the first step toward getting back to the majors.

Kingery cleared waivers and was taken off the 40-man roster last June. A month later, he had shoulder surgery. Five surgical anchors were placed in his right shoulder to repair a serious labrum tear, the results of years of wear and tear and diving defensive plays.

Kingery recently worked his way past 150 feet in his throwing program and he’s nearly ready to start playing in games at the minor league complex. The plan is to play him at second base, his natural position.

After struggling in 2020 and during his brief time in the majors last year, Kingery said the time off after surgery last summer provided him with a good mental “reset.” He will turn 28 on April 29. He’s still young enough to get his career back on track, be it with the Phillies or another club. While he tries to get things back on track, he will be paid handsomely. He is owed $14.5 million through 2023.

Kingery fell into the temptations of the longball in recent seasons and his strikeouts soared. He has spent time working on some swing changes with the Phillies staff and new hitting coach Kevin Long. He believes his swing path is in a good place as he heads off to minor-league camp.

“Kevin has a really good understanding of looking at your swing and helping right away,” Kingery said.

He added that his swing path is “clearing itself up because he’s getting into a good attack position and driving his front leg down and through,” instead of trying to lift the ball.

“The goal is hard contact, line drives, gap-to-gap, and if I catch it in front, it’ll go in the air,” he said.