Following an incredible 2022 season that concluded with a run to the World Series, Philadelphia Phillies superstar Bryce Harper will undergo surgery on the ulnar collateral ligament in his right elbow next week, per team president Dave Dombrowski.

The elbow injury, which Harper initially suffered back in April, limited his throwing ability and forced him to play exclusively at designated hitter. The ulnar collateral ligament (UCL) is the same ligament that often forces baseball players to undergo Tommy John Surgery to repair. It is not yet known whether Harper will undergo Tommy John surgery, Dombrowski said.

It is possible Harper could miss the beginning of the 2023 season, though it was not immediately clear how long the recovery timeline will be.

“We have no prognosis, really, until he goes into the elbow and takes a look at it,” Dombrowski said of the surgeon. “The anticipation is something will happen that I think will slow him down for the season, but we’ll know more next week.”

Harper went 18-for-43 with five home runs over the first three rounds of the 2022 MLB playoffs. He also aided the Phillies’ comeback victory in Game 1 of the World Series and hit a home run to ignite a raucous Philadelphia home crowd in the Phillies’ Game 3 win. 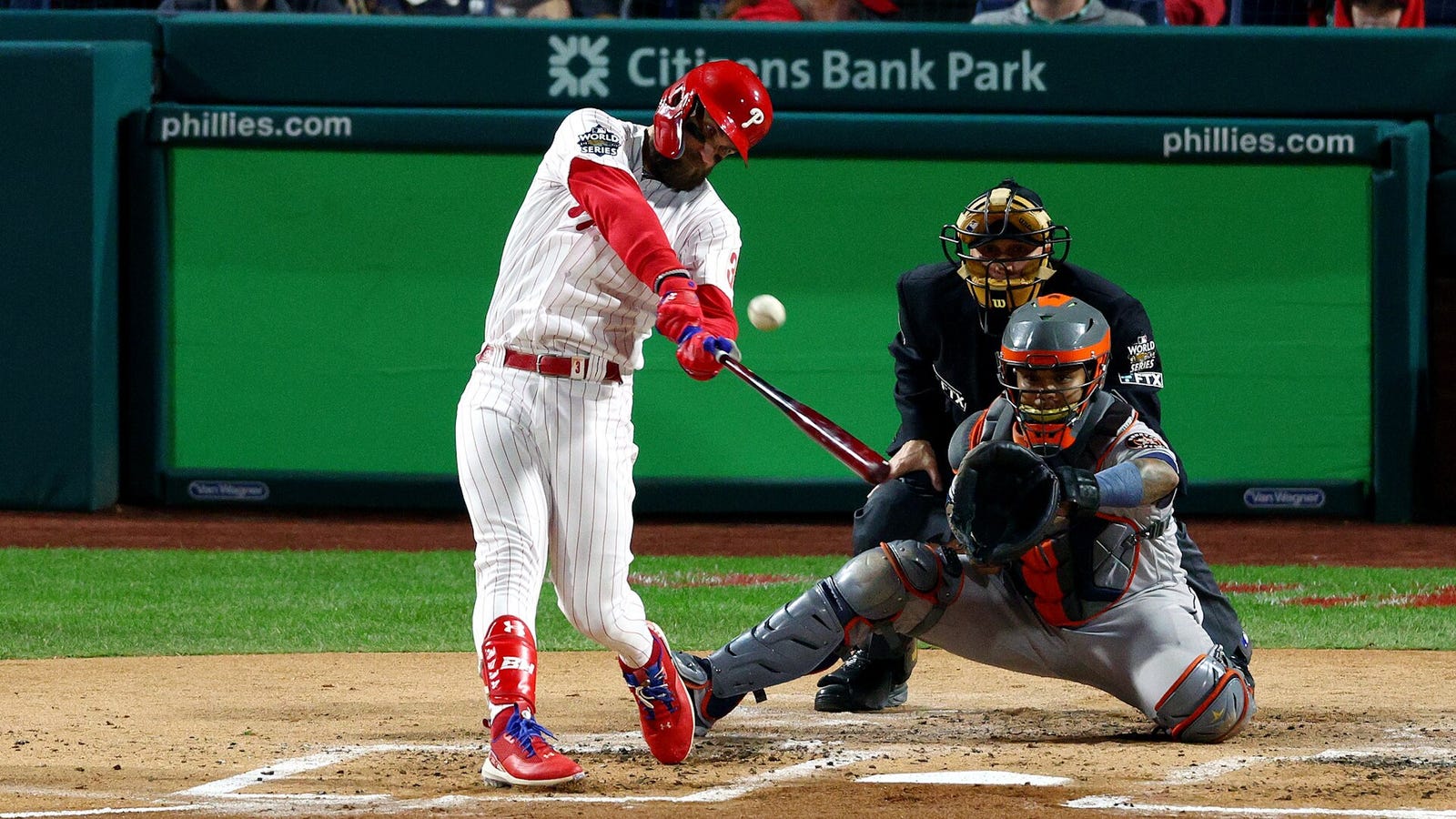 However, Harper had just one hit in 12 plate appearances over the series’ final three games, as the Houston Astros won three straight for their second World Series title in six seasons.

Harper recorded a .286 batting average and 18 home runs in just 99 games during the 2022 regular season as he missed several weeks due to the aforementioned elbow injury.

“You don’t ever want to lose Bryce, you really don’t,” Phillies manager Rob Thomson said Wednesday. “While we will be missing him, and looking forward to getting him back, it’ll give somebody else an opportunity.”

What are the World Cup best goals and moments in history? Here's the top 10 list.