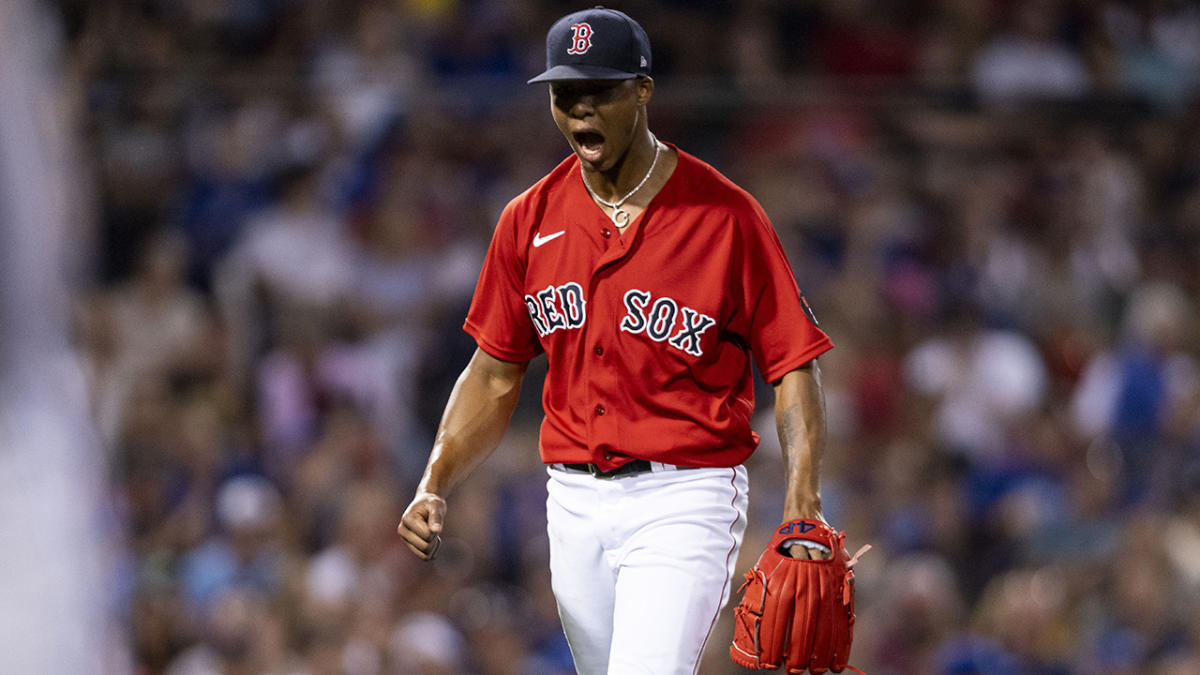 There’s a difference between arrogance and attitude. Arrogance blooms from insecurity, while attitude is effortless.

Think Gene Simmons strapping on compensatory codpieces and platform boots vs. skinny, homely little Mick Jagger shimmying around stage in a boa like a god. Picture the insufferable pretentiousness of Sean Penn vs. the detached swagger of James Dean. Imagine the weaselly histrionics of Ted Cruz vs. the eternal cool of Barack Obama.

Sports are no different. Nick Kyrgios’s performative belligerence stands in marked contrast to the inexorable will of Rafael Nadal or Roger Federer. Brett Favre’s gun-slinging recklessness feels creative and necessary in the hands of Patrick Mahomes.

And that brings us, believe it or not, to Brayan Bello.

Tomase: The numbers suggest Bogaerts is going to get PAID this winter

Red Sox fans don’t yet know what to make of the rookie right-hander. His stats certainly don’t scream ace: 1-6 with a 5.10 ERA after Wednesday’s 5-3 loss to the Yankees. Just 23 years old, he still has loads to learn.

But break Bello down into his component parts, and a much brighter picture emerges. His stuff continues to play, with elite fastball velocity, growing separation between it and his changeup, and a put-away slider. In Wednesday’s loss, all three runs he allowed were unearned, and he recorded 14 swings and misses, which is becoming a regular occurrence.

He might already possess the best pure stuff on the staff, which suggests a ceiling closer to the top of the rotation than the bottom, and that’s reason enough to be excited —  but we’re here to talk about his attitude, specifically his mound presence.

Some pitchers have it, whether it’s Dennis Eckersley jabbing his index finger at strikeout victims, Pedro Martinez staring down hitters twice his size, or King Felix Hernández double pointing at the sky. They never for a second doubted their own greatness.

Bello obviously isn’t in their Cy Young and Hall of Famer caliber class, but man does he carry some serious attitude to the mound that reflects his electric stuff.

On Wednesday, he struck out six, and all of them drew a reaction. He froze Giancarlo Stanton with 96 mph heat in the first and responded with a military strut.

An inning later, he K’d Oswaldo Cabrera with a slider and immediately turned towards second base as if to say, “I can’t even look at you.”

When Stanton waved at a changeup in the third, Bello sidestepped towards the dugout as if performing an NBA defensive slide, or the Hammer Dance.

In the fourth, he threw his best pitch of the night, a heat-seeking two-seamer that practically drilled a swinging Isiah Kiner-Falefa in the kneecap. Bello responded by stalking towards home plate for a new ball and a new victim. Two batters later, Jose Trevino swung over a slider, earning another side-mound strut.

For his final K, Bello again abused Stanton, locking him up with a slider at the knees. As Stanton froze, Bello slid off the mound to the first base side as if mimicking the movement of the pitch, his thick gold chain glinting.

In other hands, Bello’s antics might come off as forced or too much too soon. The Red Sox had a prospect named Michael Coleman back in the day, after all, who christened himself “Prime Time” with an embossed leather jacket to match, and he just annoyed his veteran teammates before hitting .194 in parts of three seasons.

Bello’s reactions are no act, however. They’re organic and reflect his supreme confidence, which is essential to any starter’s success. As the Red Sox try to figure out exactly who slots where in what should be a massively retooled roster next year, don’t be surprised if Bello ends up at or near the top of their rotation as their primary breakout candidate.

Forget about the numbers, and don’t even focus on the impressive stuff. It’s all in the attitude, and he’s overflowing with it, baby.