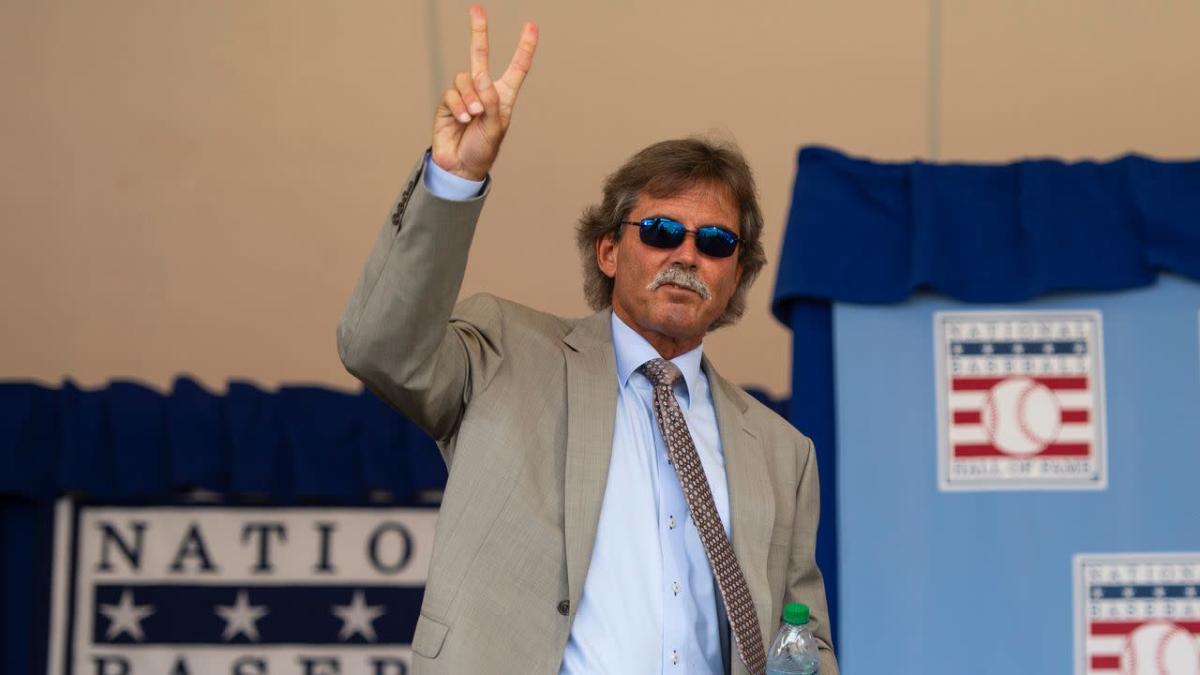 Boston Red Sox games on NESN will be a bit less colorful next season.

Dennis Eckersley will retire from the NESN broadcast booth at the end of the 2022 season, the Baseball Hall of Famer and charismatic TV analyst told The Boston Globe’s Chad Finn. Eckersley’s last NESN broadcast alongside play-by-play man Dave O’Brien will be Oct. 5, the Red Sox’ regular-season finale.

Eckersley and his wife, Jennifer, plan to move to his native California to spend more time with family, including their twin 3-year-old grandchildren.

“Having grandkids in the Bay Area and visiting them in the offseason, that pushed me along,” Eckersley said. “I just knew, you need to go and be with the kids. Those formative years, you need to be there.”

Eckersley spent eight of his 24 MLB seasons with the Red Sox, thriving as a starting pitcher before finding even more success as a reliever with the Oakland Athletics. He’s been with NESN since 2003, taking on a larger role in recent years in a three-man booth with legendary color analyst Jerry Remy before taking over full-time after Remy passed away last October.

Known for his famous “Eck-isms,” Eckersley brings a unique energy and honesty to broadcasts that Red Sox fans will miss in 2023. It’s unclear who will replace Eck in the booth next year, but several color analysts have done on-air auditions this season, including Tony Massarotti, Kevin Youkilis and Kevin Millar.