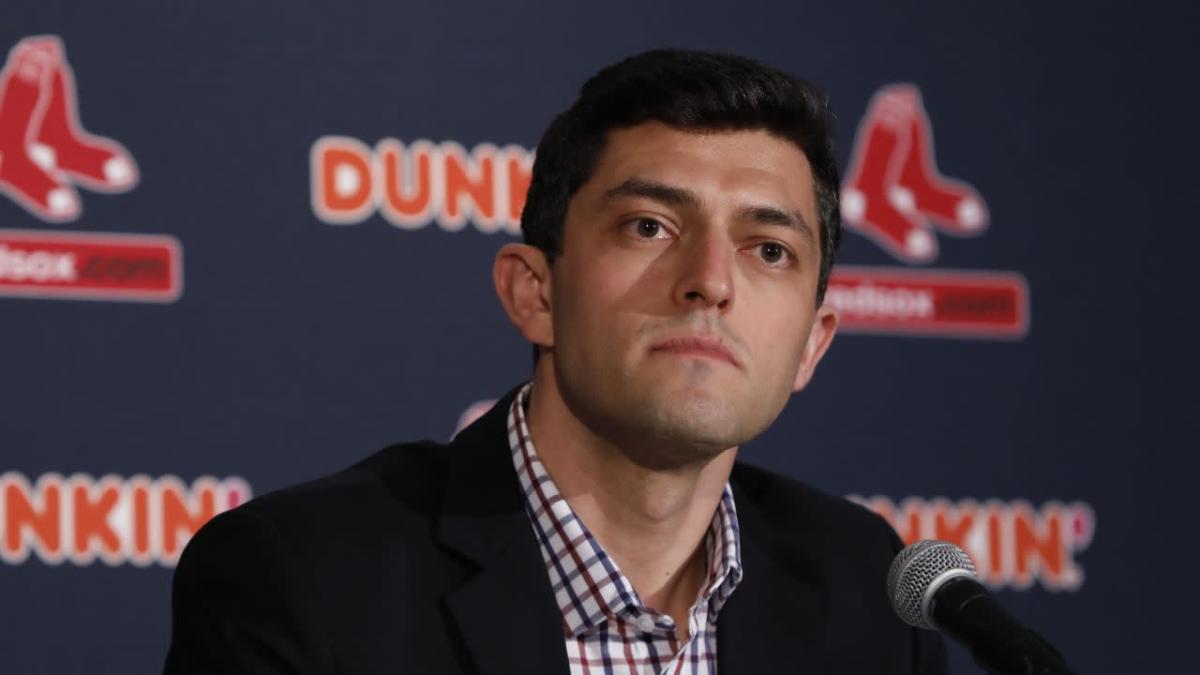 Chris Murphy is what happens when an organization emphasizes the latter half of the “draft and development” process.

It’s one thing to identify talent. It’s another to nurture it. And through a combination of mechanical adjustments and analytical insights, the Red Sox and Murphy are on a path that could bring the left-hander to the big leagues as soon as this season.

A sixth-round pick in 2019 out of the University of San Diego, Murphy arrived after striking out more than 12 batters per nine innings as a junior, a school record. His dad had taught him to approach the game like Nolan Ryan — throw hard and don’t worry so much about where it’s going. As a result, he also walked almost half as many as he K’d, the spotty control making him a gamble.

The Red Sox liked his pure stuff — low-90s fastball, plus-slider, changeup — and immediately began refining his mechanics. His walk rate dropped from 6.0 in college to 1.9 at short-season Lowell, so mission accomplished on that front. The mathematically inclined hurler then took the next stage of his growth by embracing the numbers.

The 23-year-old now finds himself likely to start the year at Double-A Portland, with a chance to put himself on Boston’s radar before the season is over.

“I think there’s this point where I kind of realized I needed to develop in more of a pitching sense instead of a throwing sense,” he said. “Once I got out of college, I realized I had the stuff to do it, I just needed to figure out what I needed to do. And the Red Sox did a great job of giving me a game plan and telling me, hey, you need to do this with your fastball in order to be successful, this with your changeup, it’ll play better, and it’s kind of been rolling pretty smoothly from there. I’ve been pretty happy with my development here and I’m excited to see where it goes this year.”

Murphy’s surface numbers weren’t particularly exciting last year. He went 8-5 with a 4.62 ERA between High-A Greenville and Portland. But he averaged 11.4 strikeouts per nine innings and walked just 3.2. His primary problem was the long ball. He allowed 21 homers in 101.1 innings while learning to throw his fastball above the strike zone.

Listed at 6-foot-1 and 175 pounds, Murphy isn’t the most imposing physical specimen. But he’s still able to touch 96 mph.

If that’s a lot of numbers, it’s OK, because Murphy embraces them. Whatever information the Red Sox throw at him, particularly when he plans throughout the offseason, the better.

Chris Murphy on his development

“I’d say I’m a very analytical mind in the sense of pitching, however not in a game,” he said. “In a game I’m more unconscious out there, I kind of just trust what I’ve done and go with it. In the offseason, especially right now, I’m all about the analytics — where does my fastball play, and what plays off of it? How can I create tunnels and stuff like that? So changeup/slider is something we’re getting big on this offseason, making two pitches look the same and breaking two different ways. We call it tunneling. And how to make a fastball up very appealing to a hitter when it’s not really in the zone, get swings and misses up in the zone.”

Particularly since Chaim Bloom arrived as chief baseball officer, the Red Sox have emphasized individual instruction tailored to a pitcher’s strengths under the auspices of former big leaguer Shawn Haviland.

“The pitching program and the program we’ve provided these guys at the end of last offseason is fairly consistent throughout the group, but I think we’ve understood that every player and pitcher is an individual person,” said farm director Brian Abraham. “Depending on their body, depending on their workload the previous year, we’ve adjusted accordingly. … I think our development staff and just player development in general, has gradually moved into an area that is individualized, that what works for Chris Murphy is maybe going to be a little different than what works for (Single-A left-hander) Brendan Cellucci.”

Whereas Murphy said his college coaches took somewhat of a cookie-cutter approach, the Red Sox focused on what worked best for his arsenal.

Could it take him to Boston? Thanks to Tommy John surgeries for the likes of Bryan Mata and Thaddeus Ward, the ranks of Boston’s top pitching prospects have been thinned. Murphy will open spring training behind hard-throwing righty Brayan Bello and fellow left-hander Jay Groome on the depth chart, but a strong start could put him in the mix.

“Obviously all of us want to get there as soon as we can,” he said. “This offseason I kind of took the time and did some mindfulness stuff and realized that I’ll get there on my own time. As long as I work hard, I’ll be happy when I get there.”