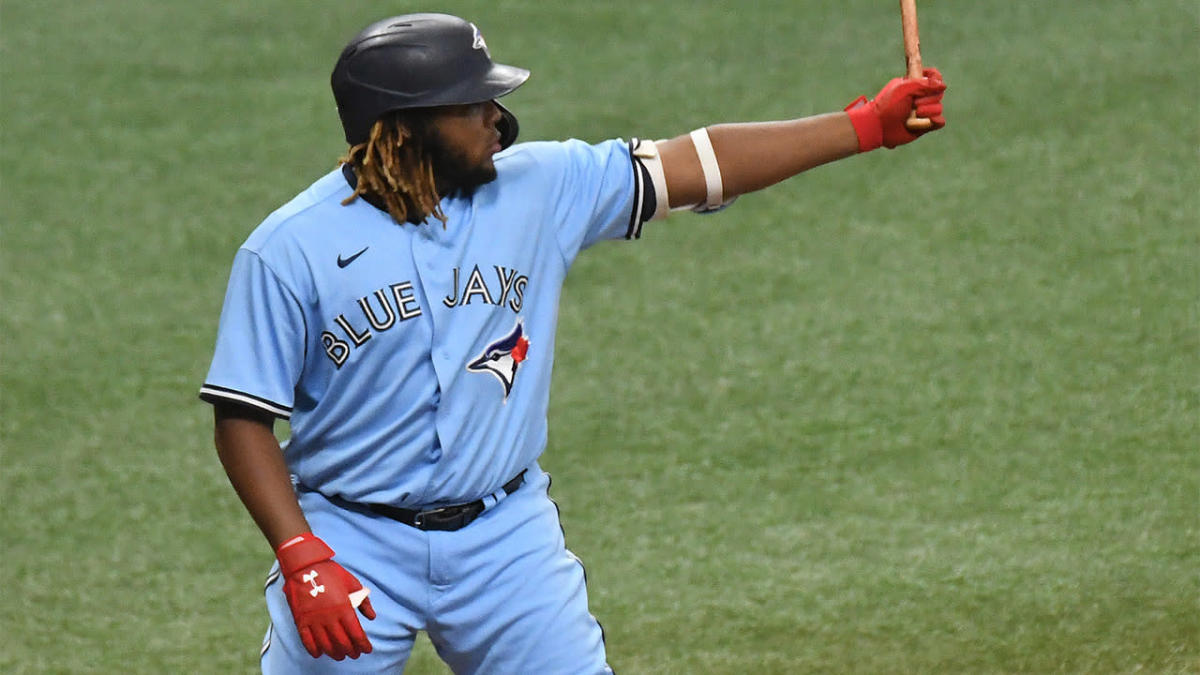 The American League East was a battle between four juggernauts in 2021. The Boston Red Sox, Tampa Bay Rays, New York Yankees, and Toronto Blue Jays each finished the season with more than 90 wins.

All signs point toward those four clubs competing for the division title again in 2022. The Red Sox will have their work cut out for them as they look to duplicate last year’s surprisingly successful campaign. The reigning AL East champion Rays are set up for another run, the Yankees boast one of the scariest lineups in the bigs, and the Blue Jays are loaded with young talent.

The Rays finished 2021 with the second-most runs scored in MLB with 857, trailing only the Houston Astros. It’s fair to assume they’ll rank near the top again as they’ll have the same lineup, minus last year’s trade deadline acquisition Nelson Cruz.

The guy to watch out for is shortstop Wander Franco, who could be a legitimate AL MVP candidate in his first full major league season. The 21-year-old looked like a grizzled veteran in his rookie campaign with .288/.347/.463 slash line and seven homers in 70 games. He’ll form a scary 1-2 punch with 2020 postseason hero and 2021 Rookie of the Year, outfielder Randy Arozarena.

Throw in slugging second baseman Brandon Lowe and outfielder/designated hitter Austin Meadows, and this is a team poised to rake again in 2022. They may not boast the star power of their divisional opponents, but the Rays are still going to be a problem.

Tampa added a veteran to its stable of young arms when it signed two-time Cy Young award Corey Kluber in free agency. Kluber posted a 3.83 ERA in 16 games with the Yankees last season and we wouldn’t be surprised to see the 35-year-old shine in 2022. The Rays have had a knack for getting the best out of their starters in recent years.

Last season, the Rays ranked fourth in team ERA and seventh in batting average against. There’s no reason they shouldn’t be a strong pitching staff again in 2022. Shane McClanahan leads the rotation after a promising rookie campaign and Drew Rasmussen is a secret weapon after being lights out in 20 appearances (10 starts) with Tampa Bay a year ago.

One name to monitor as the season goes on is Shane Baz. The 22-year-old will miss the start of the year after undergoing elbow surgery, but he’s a serious breakout candidate after providing a glimpse of greatness in three starts last season.

Collin McHugh left for the Atlanta Braves in free agency but the Rays prepared for his departure by signing ex-Astros reliever Brooks Raley. The southpaw shores up the back end of a bullpen that will again feature Andrew Kitteredge and Pete Fairbanks. The Tampa Bay bullpen had the third-best ERA (3.24) in baseball last season.

If you’re sleeping on the Rays at this point, you simply haven’t been paying attention. They’re one of the most balanced teams in the league and should open the season as AL East favorites.

Yankees fans dreamed of signing Carlos Correa, Trevor Story, Corey Seager, or any of the other big fish in free agency during the offseason. That didn’t happen. Instead, their big moves were trading Gary Sanchez and Gio Urshela for Josh Donaldson and Isiah Kiner-Falefa. They also brought back veteran first baseman Anthony Rizzo.

This group — headlined by Aaron Judge, Giancarlo Stanton, and Joey Gallo — will again belt a ton of home runs (222 last season) while striking out at a high rate. It’s a formula that’s been enough to propel the Bronx Bombers to the postseason, but they’re far from the only team in the division with a potent offense. If the pitching staff doesn’t hold up, it could be a rocky year in New York.

Ace Gerrit Cole remains atop the Yankees rotation and will take the mound for Opening Day against the Red Sox on April 7. The last time Boston saw Cole was the 2021 Wild Card game when he allowed three runs (two homers) and exited after two innings in the losing effort.

That said, Cole likely will be an AL Cy Young candidate yet again. Following him in the rotation is Jordan Montgomery, who’s proven to be an underrated No. 2. After them are some question marks with Luis Severino returning from multiple injuries and Jameson Taillon coming off ankle surgery. Domingo German will begin the year on the 60-day injured list.

Luis Gil, Deivi Garcia, and Clarke Schmidt are promising depth options, but it’s far too early to say they’re guys the Yankees can lean on.

It’s a bunch of familiar faces in the Yankees bullpen again in 2022. Fireballer Aroldis Chapman returns as the closer with Chad Green and Jonathan Loaisiga shoring up the back end. It’s a strong group that ranked fourth with a 3.58 bullpen ERA last season. The starting rotation remains a concern, but the ‘pen appears to be in solid shape.

The Yankees should be among the teams in the mix to win the division come September. It’ll all come down to pitching. If the rotation holds up its end of the bargain, they’ll be in a position to snag a playoff spot.

On paper, the Blue Jays lineup remains one of the scariest in the league. Even with slugger Marcus Semien leaving in free agency for the Texas Rangers.

The Blue Jays ‘pen appears to be in solid shape heading into the new season. Jordan Romano will look to build off a solid first season as the primary closer, and Adam Cimber and Tim Mayza both are solid options in the back end. Even if all goes well, we can expect Toronto to be on the lookout for an elite reliever when they’re shopping around the trade deadline.

The Blue Jays finished fourth in the AL East last year despite winning 91 games. That could happen again in the crowded division, but we’d bet on Toronto earning a playoff spot this time around as long as it can stay healthy. This is one of the most balanced rosters in the game and the lineup is terrifying.

Sure, the O’s might lose more than 100 games again this season, but there are actually a few fun players to keep tabs on in the lineup. Last season, stat center fielder Cedric Mullins became the first player in franchise history with 30 homers and 30 steals. He’s joined by 25-year-old Ryan Mountcastle, who belted 33 homers last year, and 2021 Comeback Player of the Year Trey Mancini. That’s a group Baltimore could build around.

Unfortunately for the previously-mentioned offensive players, the pitching staff remains a mess. One bright spot is southpaw John Means, who posted a 2.28 ERA and 0.83 WHIP in 71 innings before suffering a shoulder injury last season. As for the rest of the rotation, it isn’t pretty.

Veteran left-hander Jordan Lyles joins after two seasons in Texas. He posted a 5.15 ERA last year, which means he should fit right into this O’s pitching staff. Bruce Zimmermann, Zac Lowther, and Tyler Wells (yes, these are all real people) make up the rest of the projected rotation for 2022.

We’re not going to pretend we’re experts on Orioles relief pitchers. This is mostly an anonymous group and another reason Baltimore could lead the league in losses again this year. As of Sunday, it looks like it’ll be Cole Sulser will be the primary closer with Dillon Tate and Tanner Scott (again, all real people) also in the back end.

The O’s tied the Arizona Diamondbacks for the worst record in the league last season. They’ll be in the mix for that title again in 2022. Still, there are a few bright spots in Baltimore. The four Ms (Mullins, Mountcastle, Mancini and Means) are worth your attention.