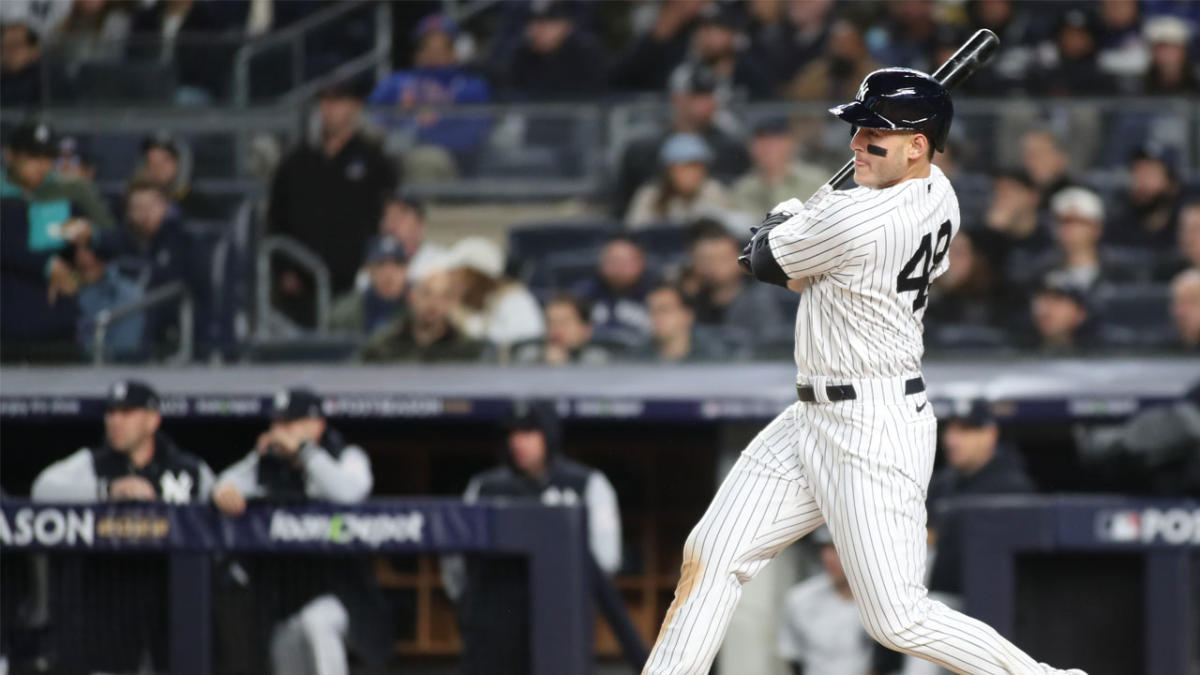 Rizzo couldn’t beat Astros, so will he join them? originally appeared on NBC Sports Chicago

If you can’t beat them, join them?

Former Cubs slugger and Yankees free agent Anthony Rizzo is among the top first baseman on the market. And according to a report, he’s generating interest from the team that ended his 2022 season: the Astros.

New York tendered Rizzo a qualifying offer last week — a one-year deal worth $19.65 million — and general manager Brian Cashman has made clear the Yankees want to bring him back for 2023.

“He’s someone we’d like to retain,” Cashman said of Rizzo at the GM meetings last week.

He hit well in the postseason — .276/.432/.552 in nine games — which the Astros saw firsthand as they swept the Yankees in the ALCS. The Astros went on to win the World Series, but if you’re looking for one area they can upgrade, it’s lefty slug.

As NBC Sports Chicago’s Gordon Wittenmyer wrote Tuesday, the Yankees need Rizzo and still are considered the favorites. But the Astros could set up an interesting decision for the first baseman if he declines the qualifying offer.