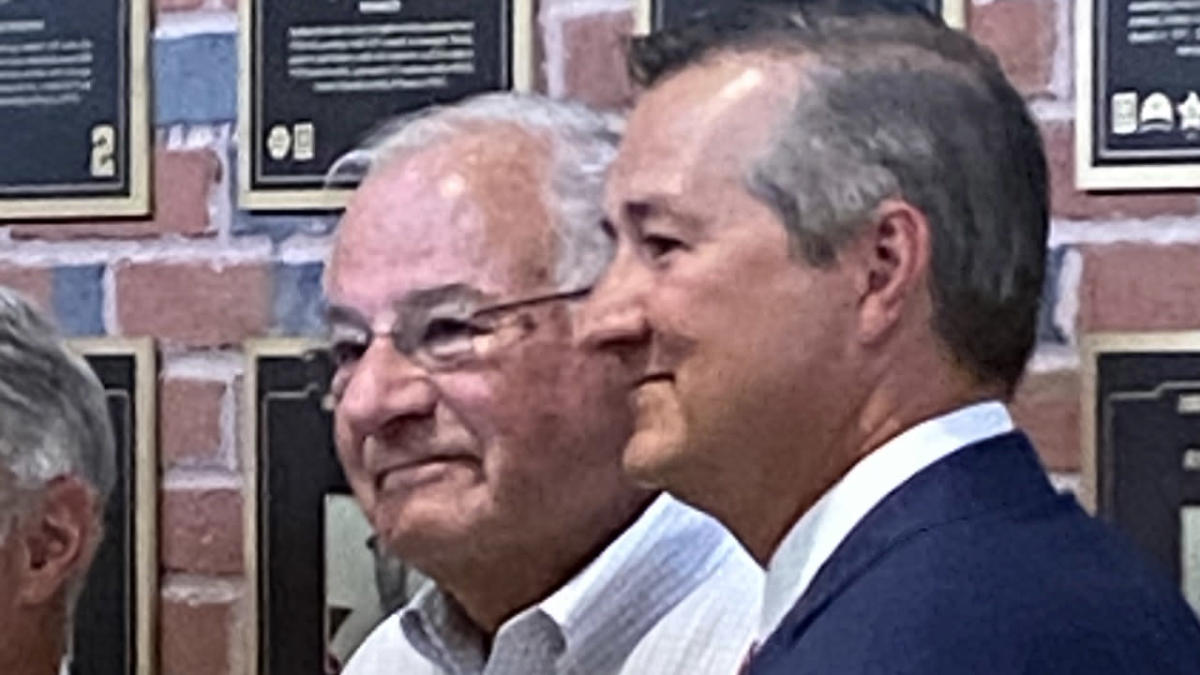 The Ricketts family might want to consider sticking to baseball.

The Cubs’ owners, along with bidding partner Ken Griffin, are among four finalists bidding to buy the Chelsea FC Premier League team said to be worth between $3 billion and $4 billion.

But not for long if a large and vocal segment of the Chelsea fan base has anything to say about it.

If the Cubs owners thought they got an earful over “biblical” losses, the Yu Darvish trade, choosing not to pony up for extensions for popular All-Stars and significant, office-wide layoffs during the pandemic, chairman Tom Ricketts found out as soon as his plane landed in London last week just how loud European football fans can be over carpetbaggers whose carpetbags represent a hell of a lot of undesirable baggage.

The backlash was as swift as it was ear-splitting, Chelsea’s diverse fan base — with several star Muslim players among the fan favorites — organizing to protest the Ricketts’ bid over family patriarch Joe Ricketts’ old Islamophobic emails, replete with the hashtag #NoToRicketts.

Some media reports, as well as a conversation last week with a reporter from a prominent U.K. business journal, suggested that while the finalist status was all but assured, the ugly sentiments expressed in the decade-old emails — which also included racist conspiracy theories regarding then-President Obama and the sharing of racist jokes — revealed publicly in 2019 might ultimately derail a chance at a successful bid.

And an Athletic report from Europe this week suggested a failed bid for Chelsea might keep the Rickettses from ever buying a team in England “as their father’s comments are now by far the most famous thing about the family on this side of the Atlantic.”

And the public sentiment across the pond only seemed to be gaining steam in recent days, including criticism of several family members’ Trump-supporting politics, criticism of how the Cubs have been run (especially in recent years) and accusations by rival bidders that the Ricketts team’s process was aided via direct contact with the Chelsea chairman (a no-no in the rules of this process).

It’s not only well-earned criticism, it’s well deserved. And if their bid fails because of it, it’ll be their own fault, after years of trading off the Cubs brand to raise the family’s political profile and very public influence — angering a chunk of their own fans in Chicago along the way and inviting the kind of scrutiny that led to the hacked emails and exposure in the first place.

Once upon a time, the Rickettses were just the new owners of the Cubs, mired in payroll-crushing purchase debt and leaning hard on savior Theo Epstein to dig them out.

Back then they had almost universal support from the fan base, their popularity rising fast when Epstein’s teams turned a competitive corner and eventually won the long-elusive World Series. They even had a heart-warming backstory: Tom Ricketts and his wife, Cecelia, had met in the bleachers at Wrigley.

Maybe there’s a price to pay for all that politicking, neighborhood land-grabbing and overall cash-grabbing — of downright biblical proportions. Even for the rich and powerful of the American oligarchy.

Or at least make sure Willson Contreras gets a strong extension offer?

Get your fill of Willson Contreras as a Cub while the getting is good.

If we — and Contreras — didn’t already know the two-time All-Star was headed for an end to his Cubs career every bit as unceremonious as the championship-core players jettisoned in the past 16 months, the Cubs’ business department nodded, and nodded, and nodded again, in agreement last week.

That’s right: The man who once almost single-handedly beat the White Sox on his bobblehead day in 2018 was left out of the Cubs’ bobblehead promotions this year.

None for the guy who made history as a rookie with five starts during the World Series and started two All-Star games since then.

Contreras suspected his days might be numbered when he watched the Cubs embark on a roster rebuild with the nine trades last July — including three fellow All-Star, championship core players in the final 20 hours before the trade deadline.

And now comes the bobblehead snub.

He and the team couldn’t even agree on enough to get a one-year contract done to avoid filing arbitration figures last week — never mind extension talks.

“Nothing has changed for me. No hard feelings,” he told beat writers on the arbitration-filing day.

He already talked the day he arrived at camp about the “dream come true” that free agency might represent next fall. And he knows better than most how likely a trade before then looks.

Meanwhile, he’ll keep his head on a swivel for whatever comes next.

Which  might make him his own best, real-life bobblehead promotion.

With news of the so-called Ohtani Rule that allows any pitcher in the batting order to stay in the game as the DH after he’s done pitching, makes you wonder who the first pitcher not named Shohei Ohtani will be who gets used that way in this new universal-DH world of baseball.

Maybe. But the more obvious answer is Ohtani’s Angels teammate, Michael Lorenzen, a pitcher so proficient at the plate and athletic that he has six career starts in center field and 29 career pinch-hit appearances (.827 OPS).

He also has Joe Maddon for a manager, which makes this the surest thing since Illinois getting bounced in the first weekend of the men’s NCAA tournament.

Which actually probably makes this the “Maddon Rule.”

“He’s one of the greatest players, a modern-day Babe Ruth,” Steele gushed to beat writers, adding that he’d spent the previous night thinking about the matchup. “So it’s really cool to face somebody like him of his stature.”

In true Ruthian fashion, Ohtani drew a walk off Steele, re-enacting something the Sultan of OPS did more often than anyone except Barry Bonds and Rickey Henderson.

Nice to see sports make a comeback at the Oscars, albeit in a bizarre slap-boxing sort of way between Will Smith and Chris Rock Sunday night. Not exactly the stuff of Rocky or Raging Bull — and bearing no resemblance at all to Smith’s Ali performance.

Of course, when it comes to sports it’s been hard to take the Academy and its awards show seriously since Bull Durham got snubbed in 1989. That still has several press box wags chapped enough to ignore any Oscars not named Madison.

But in the spirit of awards — and Bull Durham — we offer this week’s Twitter poll:

Spring training fare recommendation of the week: Cheba Hut “Toasted” Subs on 7th Street in Phoenix just north of the Diamondbacks ballpark. The quotations are theirs, along with the “If you’re high, we’ll fly” delivery motto. But you don’t have to be into their counter-culture vibe to enjoy this joint and its signature hot subs at reasonable prices.

Contract clause of the week

Not only did former Cubs’ left-hander Brooks Raley get a surprisingly robust two-year, $10 million deal from the Rays for a pre-arbitration reliever with a career 5.62 ERA. But the way his contract is written looks like a possible template for pitchers who might be used as “openers” if the recent practice of teams such as the Rays grows into a bigger trend.

In addition to the $4.25 million this year and $4.5 million next (plus 2024 option), Raley can earn bonuses worth up to $450,000 for reaching incremental thresholds for relatively short starts — including $350,000 of that for starts of at least three innings.

He can increase the value of his $6.5 million option for 2024 by $1 million each of the next two years with 25 such starts per season.

Raley hasn’t started a game since starts his first five big-league appearances, for the Cubs in 2012. He has 102 consecutive appearances in relief since, including 14 in the postseason.

Speaking of awards, if there was one for free agent predictions, NBC Sports Chicago’s ace Cubs writer and prognosticator, Tim Stebbins, should win it.

Stebbins hit .667 on his landing-spot projections for the three remaining ex-Cubs core players during the lockout.

Stebbins called Anthony Rizzo’s return to the Yankees and Kyle Schwarber’s signing with the Phillies — missing only on the Kris Bryant-Rockies signing that wound up a head-scratcher to most of the industry.

Celtics' Al Horford on vaccine requirement for potential series in Toronto: 'I'll be ready to play wherever'