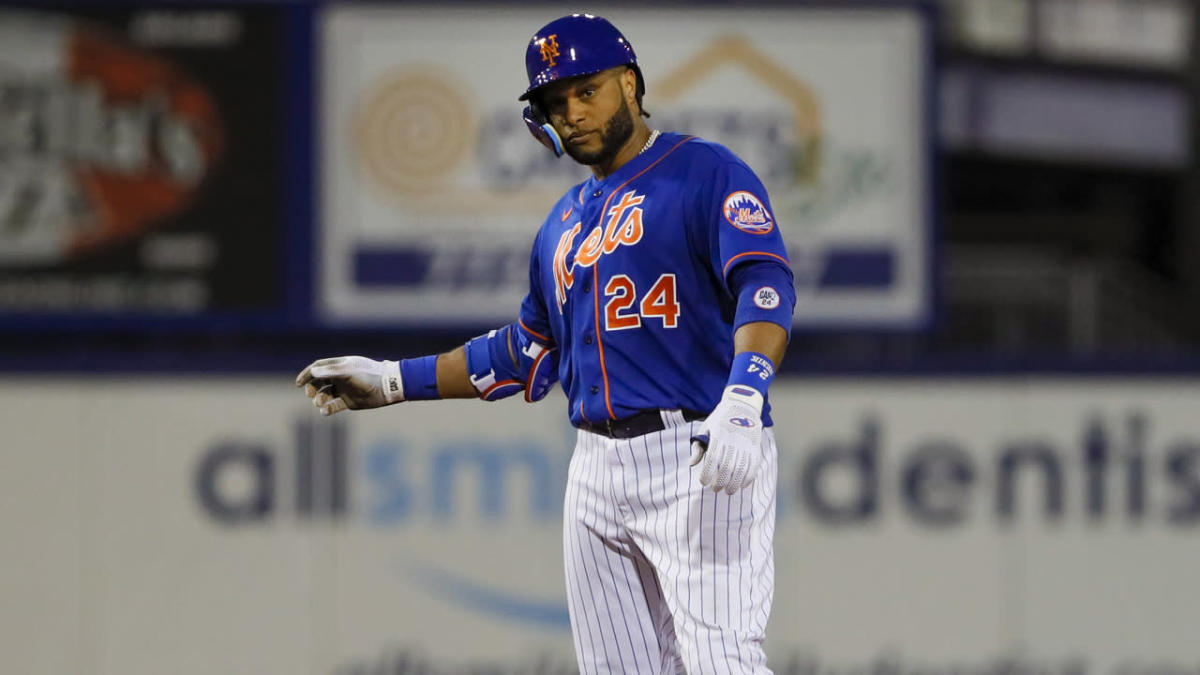 Normally a 39-year-old with multiple PED infractions would not merit much consideration on the waiver wire, but these are desperate times for your Boston Red Sox, so we’ll ask the question: Should they consider signing Robinson Canó?

The Mets designated the eight-time All-Star for assignment Monday in order to reach the 26-man roster limit. Canó missed the entire 2021 season while serving his second PED suspension, and the rust shows.

Tomase: Time to start putting Christian Vazquez under the microscope

Were the Red Sox playing well, Canó wouldn’t even be a topic of conversation. But they already trail the Yankees by 7.5 games in the American League East after concluding a 3-7 road trip with a listless 9-5 loss to the Orioles on Sunday.

Considering where they’ve turned for reinforcements thus far from Triple-A Worcester — 4-A players Rob Refsnyder and Franchy Cordero — Canó actually might make for a worthy gamble.

If the Red Sox showed any interest, he’d have to learn a new position. The lifelong second baseman has only played 14 games at first base, all in 2018 with the Mariners. Given Boston’s mixed results recently trying players at new positions — Christian Arroyo at first and in right field, Franchy Cordero at first, even some growing pains for Gold Glove shortstop Trevor Story at second — they may be reluctant to make that play with Canó.

But given their offensive struggles and lack of immediate help at Triple-A Worcester, they have little to lose.

A lifetime .302 hitter since debuting with the Yankees in 2005, Canó is only two years removed from hitting .316 with an .896 OPS during the pandemic-shortened 2020 season. Until this year, he had posted above-average offensive numbers in 14 of his 16 seasons. Without the PED suspensions, he’d have been an easy Hall of Famer.

With the suspensions, he has no chance, but all that matters to the Red Sox is if he can still play. When Canó is right, he owns one of the sweetest swings in the game out of an open and slightly upright stance from the left side. Had he not cost himself the 2021 season, he’d have an outside shot at 3,000 career hits. He’s about 400 shy of that now, but he turns 40 in October and is nearing the end.

Dating back to winter ball, he has exhibited little pull power, which is concerning for a player his age, especially one presumably playing without chemical assistance. Seven of his eight hits this season have been to left field and the only one he pulled was a single just to the right of second base.

After years of battles with former Red Sox MVP Dustin Pedroia for second base supremacy in the American League, could Canó end his career with his longtime rivals? Nothing should be off the table as the Red Sox search for a spark.

The Mets have seven days to either trade Canó or release him, and will be on the hook for the remaining $37.6 million remaining on his contract through next season, so the risk is minimal.