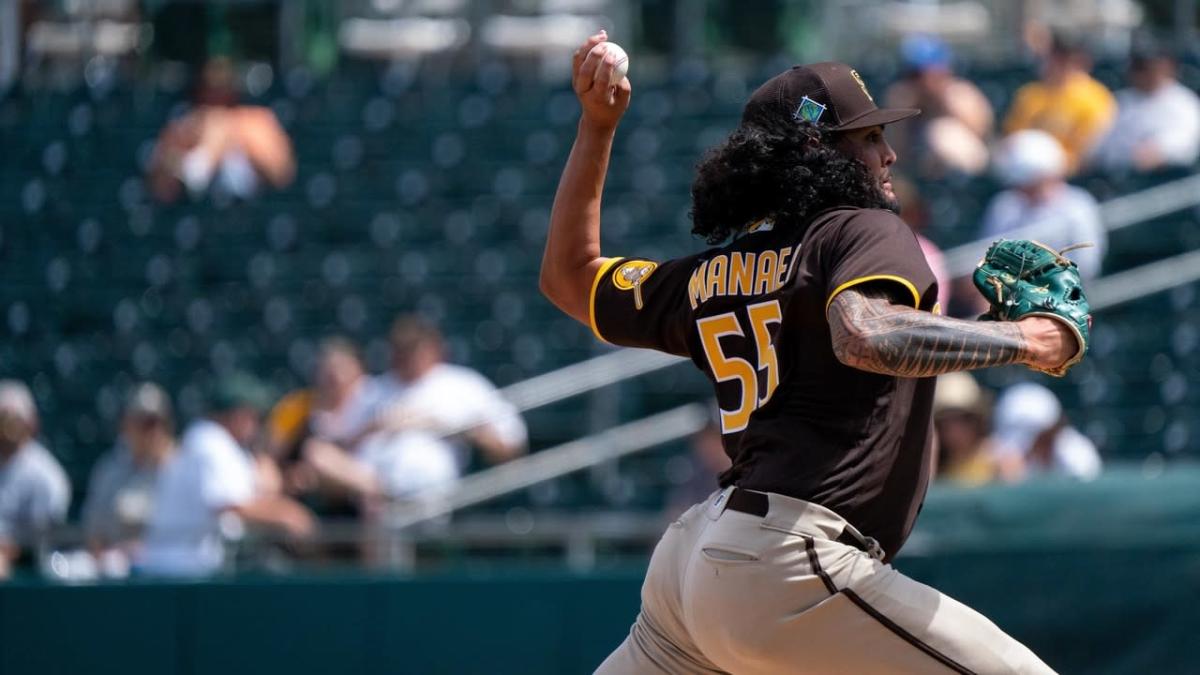 Sean Manaea had one of the craziest days a professional athlete can have by any standards on Sunday.

The now-former Athletics pitcher was traded to the San Diego Padres, leaving the only team he’s known in six seasons to join forces with Bob Melvin, who also left the A’s this offseason to manage the Padres.

The deal was announced in the morning, and it just so happened that the A’s were scheduled to play the Padres on Sunday afternoon in a spring training game in Mesa. And of course, just hours after the trade, Manaea was starting for the Padres, pitching against his former teammates

“I was a little emotional, actually very emotional,’’ Manaea told reporters in Arizona (H/T USA Today’s Bob Nightengale). “It didn’t really hit me until I got to the locker and started packing things up, making it official, official.”

Manaea told reporters he was informed of the trade on Saturday night, and that it was “nice to have closure saying good-bye to the guys.”

On pitching against his former teammates within his first few hours of wearing a Padres’ uniform, Manaea said he and Melvin jokingly discussed him wearing an A’s uniform and a Padres’ cap.

Related: Kotsay preaches ‘next man up’ mentality after Manaea trade

Manaea threw 66 pitches in 3 ⅔ innings, allowing one run on six hits against his former team. He even stopped by the A’s dugout as he left the game, giving a big hug to Tony Kemp.

“It was just a whirlwind for sure,” he said (H/T San Diego Union Tribune). “… It was pretty surreal facing them. I was with them yesterday and now I’m facing them.”

The 30-year-old joins a Padres team loading up to contend in the National League West, while the A’s appear set on rebuilding. In addition to Manaea, they’ve dealt fellow starting pitcher Chris Bassitt and two of their best position players in third baseman Matt Chapman and first baseman Matt Olson.

The A’s won’t see much of the Padres during the regular season, but circumstances collided to make Sunday an extremely bizarre day for Manaea and his former A’s teammates.

a Spectacular Goal from Vancouver Canucks vs. Vegas Golden Knights