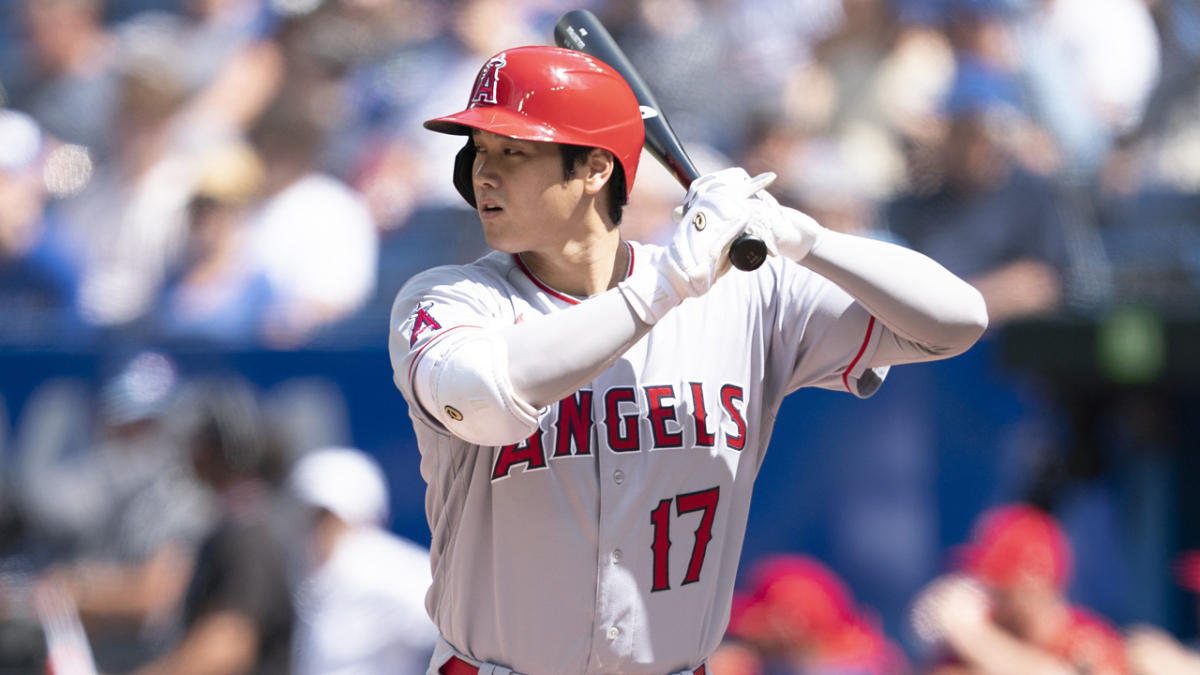 Ohtani might be Cubs fit, but trade would be shocking originally appeared on NBC Sports Chicago

As we enter the final stretch of the 2022 baseball season, it’s not too early to begin dreaming of a big offseason for the Cubs.

And the buzz over the weekend involved the North Siders and Angels two-way superstar Shohei Ohtani — based on one offhand comment from a high-profile pundit.

MLB.com’s Jon Morosi joined 670 The Score’s “Parkins and Spiegel” on Friday and said it “wouldn’t surprise” him if the Cubs acquired Ohtani — who is under club control through 2023 — this winter.

Morosi’s comments set Cubs Twitter ablaze with dreams of adding one of the game’s greatest all-time all-around players — with very little attention to what they would need to subtract to pull the move off.

And that means it would be shocking if Ohtani was donning the blue pinstripes next spring.

Sure, Ohtani would be an ideal fit for the Cubs filling their two most significant needs as a No. 1 starting pitcher and left-handed power bat.

But the potential move doesn’t make as much sense when you break it down.

As recently as earlier this month, in the aftermath of the Padres acquiring superstar outfielder Juan Soto, Cubs general manager Carter Hawkins said the timing and price wasn’t right for the team to pull that type of lever.

At the time of the trade, Soto was under club control for two and a half more years. San Diego gave up two of its top three prospects and two former top prospects who only recently graduated those rankings.

And assuming the Padres want to sign Soto to an extension, that deal will start north of the 14-year, $440 million deal he turned down from the Nationals.

But he also can’t pitch, much less at a Cy Young level.

As much as Soto and Ohtani aren’t an apples-to-apples comparison, there is no such comparison to Ohtani among people still alive (see: Ruth, Babe).

If you’re the Cubs, do you give up each of top prospect Pete Crow-Armstrong, Nico Hoerner and Justin Steele as likely just the beginning of a massive trade package?

Do you upend a farm system the Cubs only recently bolstered knowing the Angels haven’t made the playoffs once during Ohtani’s tenure, with MVP Mike Trout his teammate?

The Cubs don’t even have a Trout, as much as Seiya Suzuki admires him and is trying to be like Mike.

For all the trades the Cubs have made to bolster their system over the last 20 months for sustainable success in the future, this move would be a crushing hit to that.

And do you do it knowing what it would take to extend Ohtani beyond 2023? One executive told MLB insider Jon Heyman in June he believes “many teams” would pay Ohtani around $200 million on a four-year deal.

That would be a record well above Max Scherzer’s $43.3 million for average annual value.

It will be stunning if any team pulls of an Ohtani trade this winter.

And given everything involved, perhaps most stunning if the Cubs do.