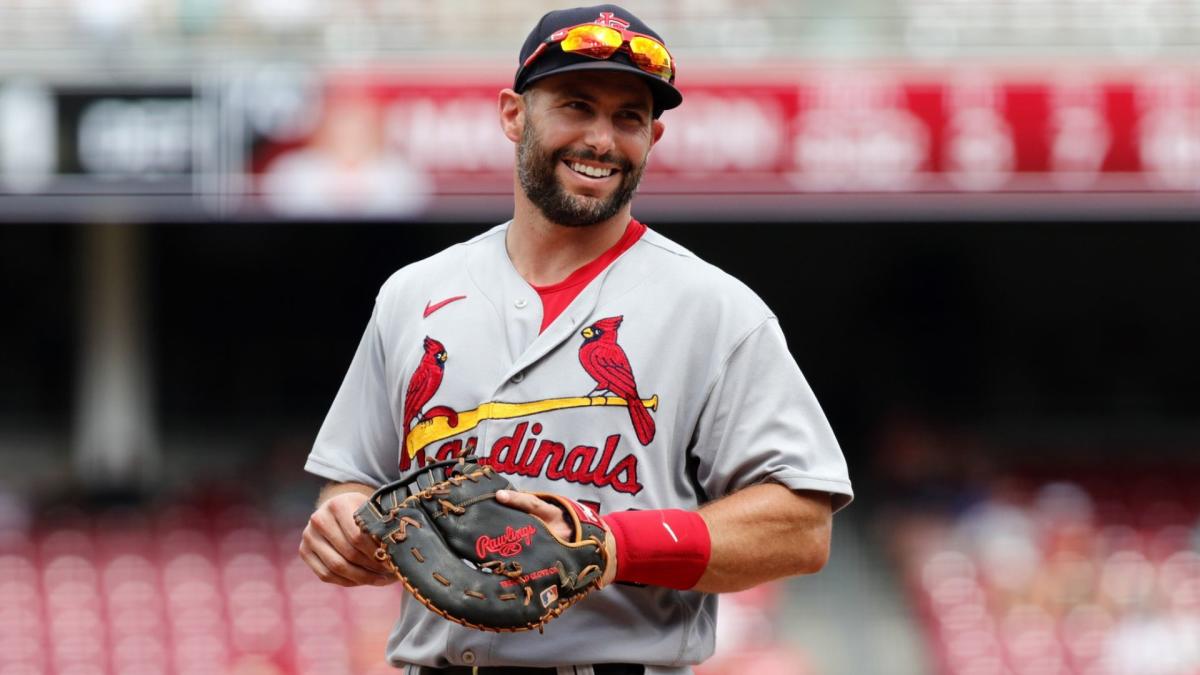 St. Louis Cardinals first baseman Paul Goldschmidt was named the Most Valuable Player in the National League for the 2022 season on Thursday. He beat fellow finalists in Cardinals third baseman Nolan Arenado and San Diego Padres third baseman Manny Machado in a vote from the Baseball Writers’ Association of America.

Goldschmidt has come close to winning the honor before. He placed second in 2013 behind Andrew McCutchen and in 2015 behind Bryce Harper, finished third in 2017 voting and has also finished sixth in NL MVP voting twice.

In 2022, he gave voters no choice but to give him the award.

On top of his stellar hitting, Goldschmidt was once again great in the field. The four-time Gold Glove winner was named a finalist for the award once again in October, though Christian Walker of the Arizona Diamondbacks took home the honor.

At 35 years old, Goldschmidt is among the oldest MVP winners in MLB history. Barry Bonds holds that distinction after being named 2004 NL MVP at age 40. Bonds surpassed Willie Stargell, who was 39 years old when he split the NL award with Keith Hernandez in 1979.

Goldschmidt led the Cardinals to an NL Central title and the organization’s fourth straight playoff berth in 2022. St. Louis’ playoff run came to a quick end against Harper and the Philadelphia Phillies in their NL Wild Card Series.

Next up for Goldschmidt is the pursuit of a silver honor at the 2023 World Baseball Classic in March. He was one of the first players named to Team USA’s roster and will seek his second straight title after being a part of the 2017 champion squad.