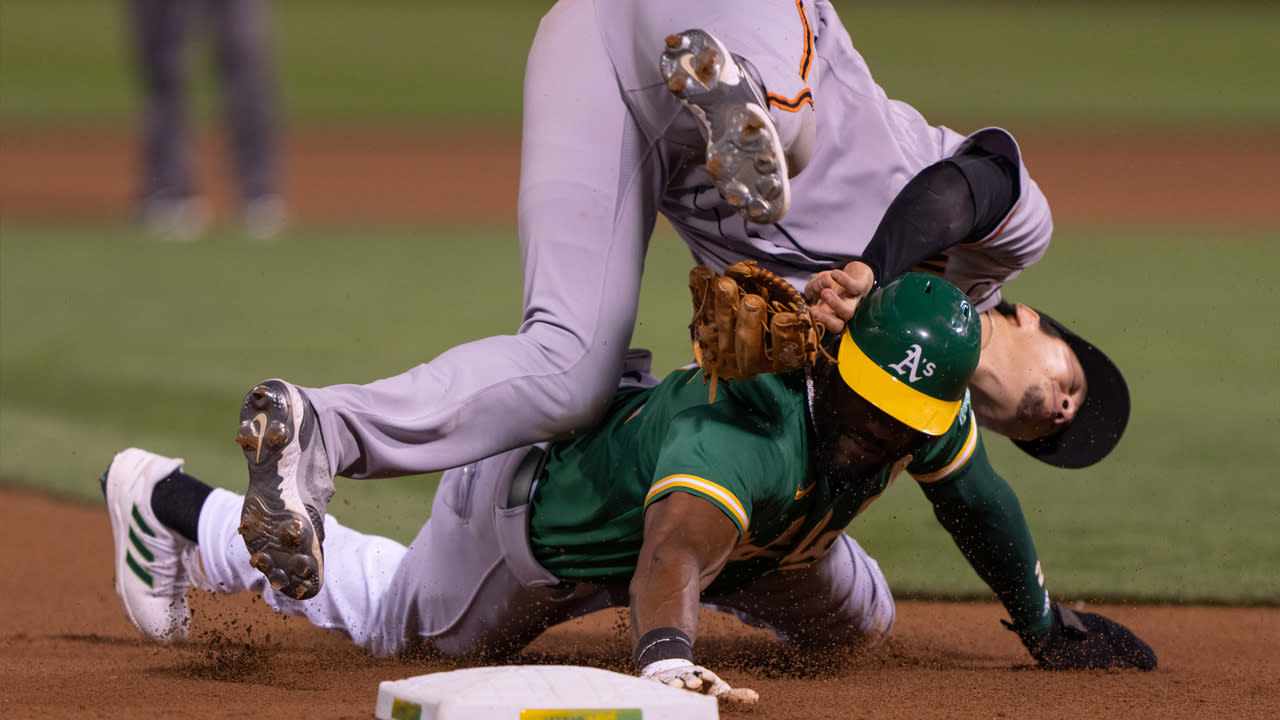 What more can be said about Starling Marte?

Athletics manager Bob Melvin certainly is not getting sick of talking about his new outfielder.

“Marte is just like a hurricane,” Melvin said Friday night after the A’s 4-1 win over the Giants at Oakland Coliseum.

“He’s a good player, we’re glad we have him,” Melvin said. “He’s not going to get three hits every game, but finds a way to show up in a win almost every time.”

Marte made a stellar catch in the bottom of the fifth inning to rob Tommy La Stella of extra bases, preventing the Giants from tying the game. In the seventh, he smacked his 16th double of the season to score Mark Canha to push the A’s lead to 3-1.

He then quickly stole third base, his 36th theft of the season and scored on a throwing error by Giants pitcher Jose Alvarez.

Marte always wants to steal and score. The moment he gets on base, you can expect him to do everything in his power to steal a base.

“That’s a part of his game that’s really exciting, and yeah, we like him,” Melvin added.

Marte was acquired before the July 30 MLB trade deadline, and while trading Jesús Luzardo initially was a jarring move, the A’s “win now” mentality certainly is paying off.

Marte also came in at the perfect time for other reasons.

Now, the A’s have no choice other than to play him in center, and Marte has been as advertised and so much more.

RELATED: Melvin: A’s have to plan for Bassitt to miss rest of season

The A’s continue the Bay Bridge Series on Saturday when Sean Manaea faces Kevin Gausman, and you can be sure Marte will find a way to put his imprint on the outcome of the game.