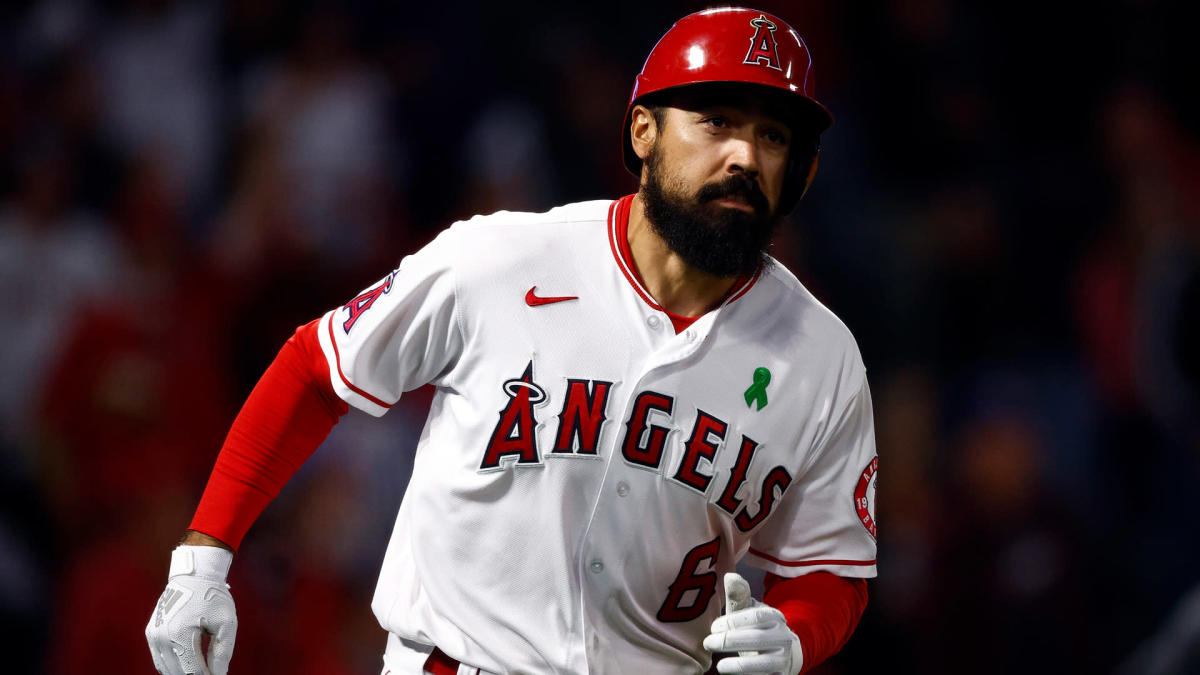 With Los Angeles leading 8-0 entering the bottom of the eighth, Tampa Bay put outfielder Brett Phillips on the mound to preserve its bullpen.

This wasn’t the first time this season the Rays called Phillips’ number amid a blowout. He pitched two innings last month against the Oakland A’s and served up four runs in a 13-2 loss. And his second outing on Tuesday didn’t go any better.

After giving up a leadoff single, superstar outfielder Mike Trout took Phillips deep for his second homer of the game.

Shohei Ohtani followed Trout’s two-run shot with a double, and then things got really interesting.

Anthony Rendon, with all 4,528 of his MLB plate appearances coming as a righty, walked to the dish and lined up in the left-handed batter’s box. Rendon took the first pitch for a ball before lofting a two-run homer over the right-field wall and sending the home crowd into a frenzy.

Yes, it was against a position player on a 54 MPH slider. But to go yard on your first career swing from the opposite side of the plate is no small feat.

The two-time Silver Slugger winner actually made history with the deep shot. Among non-switch hitters, Rendon had the most plate appearances from one side of the plate before homering from the other (h/t MLB).

“[Rendon] does that a lot with the guys downstairs in the batting cage,” Angels manager Joe Maddon told reporters, via MLB.com. “… And that ball wasn’t just a homer. It was well-struck. All the hitting coaches said he can do this. And after the game, Anthony said he’s been hitting from the wrong side all along.”

Phillips was as surprised as everyone else in the stadium following the home run, but not for the same reason. The Rays outfielder said he didn’t even realize who he was pitching to until seeing the back of Rendon’s jersey when he crossed home plate.

“I thought it was great theater,” Maddon said. “It was the perfect time to pull it off. Baseball is looking for moments like that. The crowd responded properly. No disrespect to the other side. It was just a fun baseball moment.”

From Detmers’ no-no to Rendon’s lefty homer, it was certainly a night to remember at Angel Stadium.

NBA picks, best bets: Why Warriors will close out Grizzlies; the Al Horford prop to take in Celtics vs. Bucks