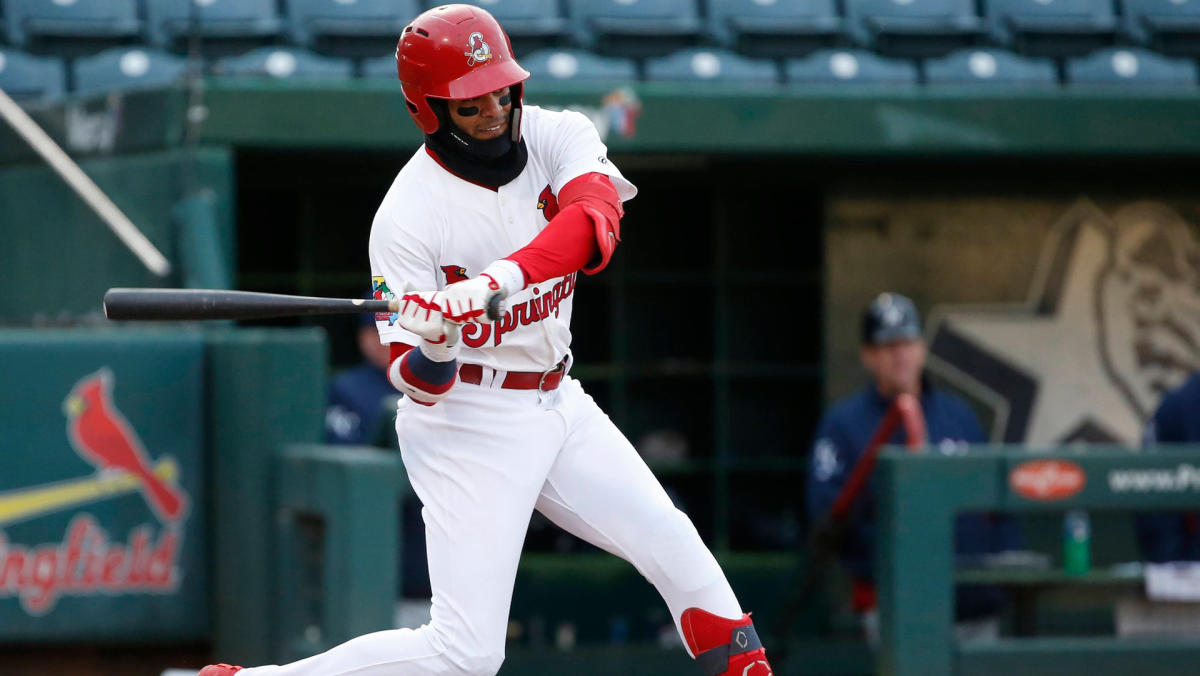 A St. Louis Cardinals prospect hit one of the more memorable flyouts you’ll ever see on Thursday night.

During a Triple-A showdown between the Gwinnett Stripers and Memphis Redbirds, Memphis third baseman Delvin Pérez sent a towering shot to left field in the sixth inning. The ball was so well struck by the former first-round pick, that he only gave it a short look before flipping his bat in celebration and beginning a home run trot.

As Pérez was rounding the bases, however, the ball fell into the waiting glove of the left fielder on the warning track for an out. The play went into the scorebook as a flyout … but in Pérez’s mind, it was still a homer.

In fact, he broke out yet another celebration after the ball had been caught and was just steps away from touching home plate before finally coming to the stunning realization that he didn’t actually homer.

The broadcast noted that the wind at Memphis’ AutoZone Park helped keep the ball inside the yard. Still, it seems almost unbelievable that it took Pérez that long to realize he had flown out. It’s probably safe to assume the next time Pérez thinks he homered, he’ll make sure the ball goes over the fence before celebrating.

Pérez was able to get some redemption following the embarrassing moment, hitting a two-run single in his next at-bat en route to a 6-1 Memphis win.

The Cardinals selected Pérez in the first round of the 2016 MLB Draft. The 23-year-old is hitting .226/.318/.319 with five home runs and 33 RBIs across 94 total games at Double-A and Triple-A this season. He’s yet to make an appearance at the big league level in his pro career.

Report: Boston Celtics may be without big man Robert Williams III until 2023