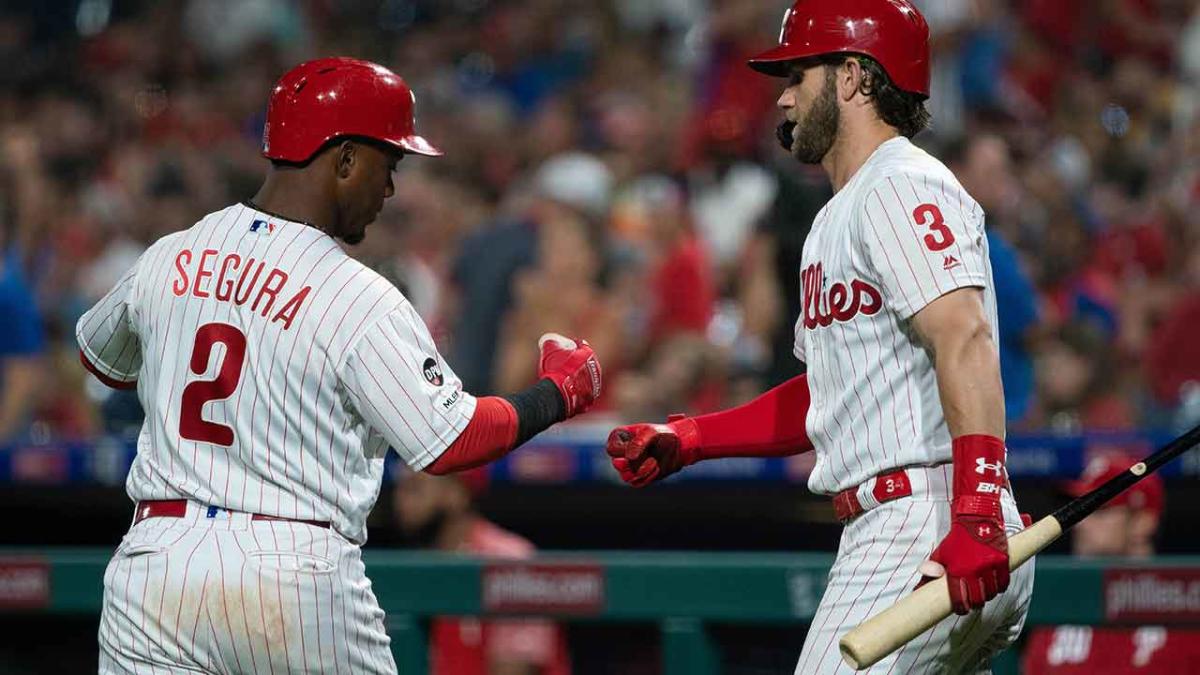 Jimmy Rollins’ final year with the Phillies was 2014, the third year of what’s become a 10-year playoff drought. He’s also spent the past three seasons as a Phillies game analyst on NBC Sports Philadelphia, so he’s had a good vantage point for more than half of their non-playoff years this last decade.

Every team’s roster is incomplete because of the lockout and the halt on major-league player movement, but Rollins sees one characteristic, in particular, that’s held the Phillies back.

“They have the talent. I’m not sure who is the leader out there,” Rollins said this week on the Takeoff podcast with John Clark. “We hear a lot about J.T. (Realmuto), obviously. I don’t know what he’s like in the clubhouse. Bryce (Harper) being the highest-paid player, that puts you in a light. But that person that comes out and — you don’t have to say, ‘We’re the team to beat’ — but that person that comes out and makes a statement and puts his team on alert.

When Rollins made his famous “team to beat” comment in 2007, the Phillies hadn’t made the playoffs in 13 seasons. They were ascending, but they were not viewed as the NL East favorite and it was a gutsy move by the starting shortstop to put a bull’s eye on his own back months before the season began.

We all know the history: Rollins more than lived up to his own end with an MVP season, the Phillies overcame a seven-game deficit with 17 to play and won the division.

“Who’s gonna come out and basically put the cape on,” Rollins asked, “and be like, ‘I’m gonna take all the bullets, I’ll take all the punches, all the criticism, and you guys just go out there and play, let me answer the questions.’ Who’s gonna be that? I’m not talking about being mad in the clubhouse, mad in the dugout, not only just showing grit on the field, but who’s gonna be that spokesperson for the team, that tells the team which direction we’re going?

“For me, it was just what happened, I was speaking my truth and media got ahold of it — especially New York — and they loved it. And I was like, all right, I’m not backing down. I meant every word of it.”

This group has not learned how to win yet, particularly down the stretch in September. Between Jean Segura and Realmuto, the Phillies actually have the top two active leaders in games played without playing in the postseason. Harper hasn’t been to the playoffs since 2017 and his Nationals teams never made it past the Divisional Series in four tries. Zack Wheeler has never been there. Obviously, the Phillies’ current group of homegrown players hasn’t experienced it, either.

“I think that’s the only thing that’s needed,” Rollins said. “It’s not a player, it’s not the talent, it’s just, who’s gonna tell us what to do? … I thought that last year and, shoot, the year before that.”