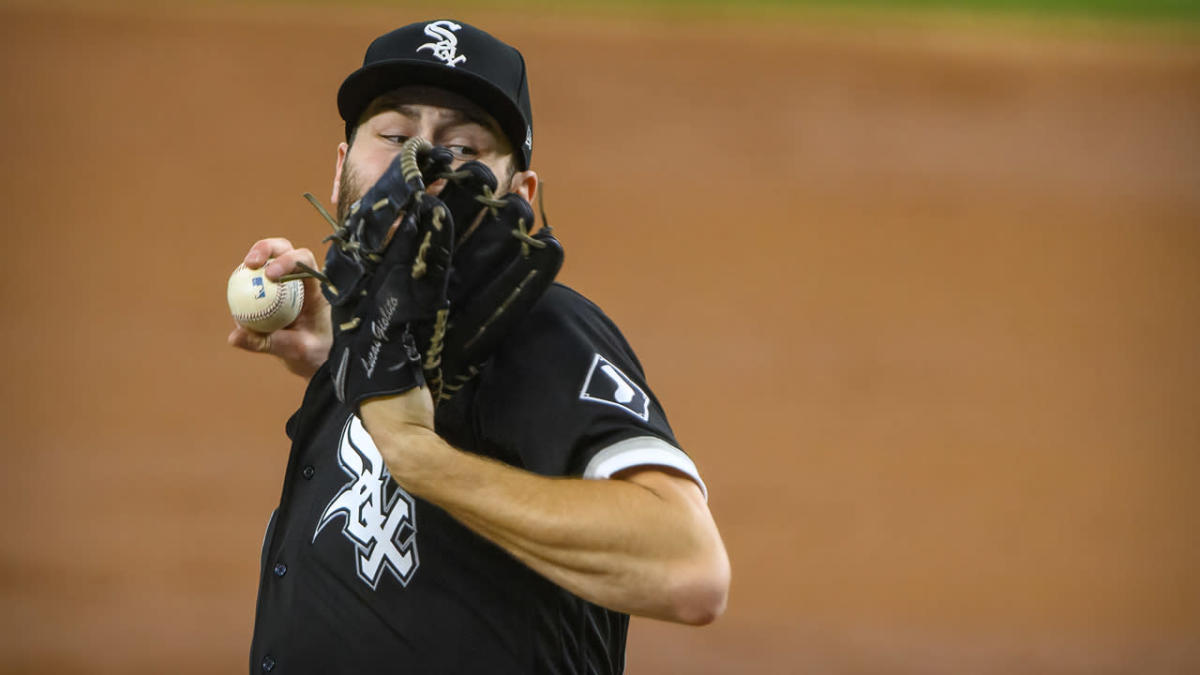 The All-Star team. A no-hitter. A dominant playoff debut.

What came next for Lucas Giolito wasn’t the typically ensuing accomplishment on the personal climb up baseball’s mountain.

The 2021 season was by no means a step backward for the Chicago White Sox‘ ace, as he still finished in the top 11 of the American League Cy Young vote, topped 200 strikeouts for the consecutive full-length season and set a new career high in innings pitched. He helped the South Siders to a division championship and a second straight postseason appearance — the first one of those in franchise history.

RELATED: What to expect from Eloy Jiménez in 2022

Even as Lance Lynn and Carlos Rodón and Dylan Cease added some heft to the rotation, without Giolito, the White Sox couldn’t have done what they did in 2021. That’s the truth. But it was Giolito himself, he of some very high individual standards, who looked glumly at certain parts of the campaign.

Obviously, he was a part of four clunk-tastic outings by White Sox starting pitchers in the AL Division Series, a disappointingly brief stay in the postseason that could very well be the motivating factor that powers Giolito and the team as a whole to greater heights in 2022.

Personally, it wouldn’t be new for Giolito to use disappointment to amp himself up for a stretch of stellar starts. He went to work following the 2018 season that any commercial viewer knows saw him finish as, statistically, the “worst pitcher in baseball” and quickly rose to one of the game’s best arms.

But you don’t even have to have that long of a memory. Just look to last year, when a less-than-ideal first half had the right-hander looking in the mirror and vowing to be better. It might not have struck many as an overly necessary declaration — White Sox manager Tony La Russa commented on Giolito being too hard on himself — but it worked. Giolito followed up his 4.15 ERA before the All-Star break with a 2.65 mark in the second half, which featured outstanding outings against top competition like the Houston Astros, Milwaukee Brewers and New York Yankees.

Motivation has never been in short supply for Giolito, of course, but the way things ended for him in 2021 could be the spark that lights some kind of fire in 2022.

No member of the South Side rotation escaped that playoff series unscathed, but Giolito provided White Sox fans with the starkest contrast. The previous time he pitched on a playoff mound, he was downright electric, going into what Tim Anderson referred to as “bully stage” and taking a perfect game into the seventh inning against the Oakland Athletics. One October later, Giolito joined his rotation-mates in getting knocked around by the Astros, walking five and tagged for four runs in just 4.1 innings of work.

“My playoff start didn’t go well. That series for us didn’t go well,” Giolito said in November. “There’s a lot of takeaways from it, and I think that we as a team will use that as more fuel for next year. We’ll definitely come out a lot more prepared for playoff baseball.”

Giolito and the White Sox will have no choice. Those are the expectations they’ve set for themselves. Just about everyone is anticipating a closer AL Central race in 2022, and Giolito’s big-game efforts should be helpful if the division crown is on the line in September. But these White Sox can’t slide backward, not when team leaders like Giolito have been talking for years now about what they want this group to accomplish.

Expect Giolito’s preseason conversation to focus on the how unacceptable the postseason performances were. Expect it to ask for judgment based on what the team does the next time October rolls around.

Giolito might be hard on himself, but he’s also earned the status he’s long desired: the ace of the rotation, a leader of the pitching staff and a voice of the team. You can expect all that again from Giolito in 2022.

“If you know Lucas, he’s harder on himself than he should be,” La Russa said in early October. “His first half was very competitive. You can go back to a couple, three of those games where he doesn’t talk about (what happened in) them and he takes the heat, but our bullpen did not get the last outs. He could have another two or three wins.

“But I think the strength that he’s shown about competing and never giving in, never giving up, that’s exactly the message that you want the team to have. He’s been a real leader that way.”

Dmitry Orlov with a Goal vs. Pittsburgh Penguins