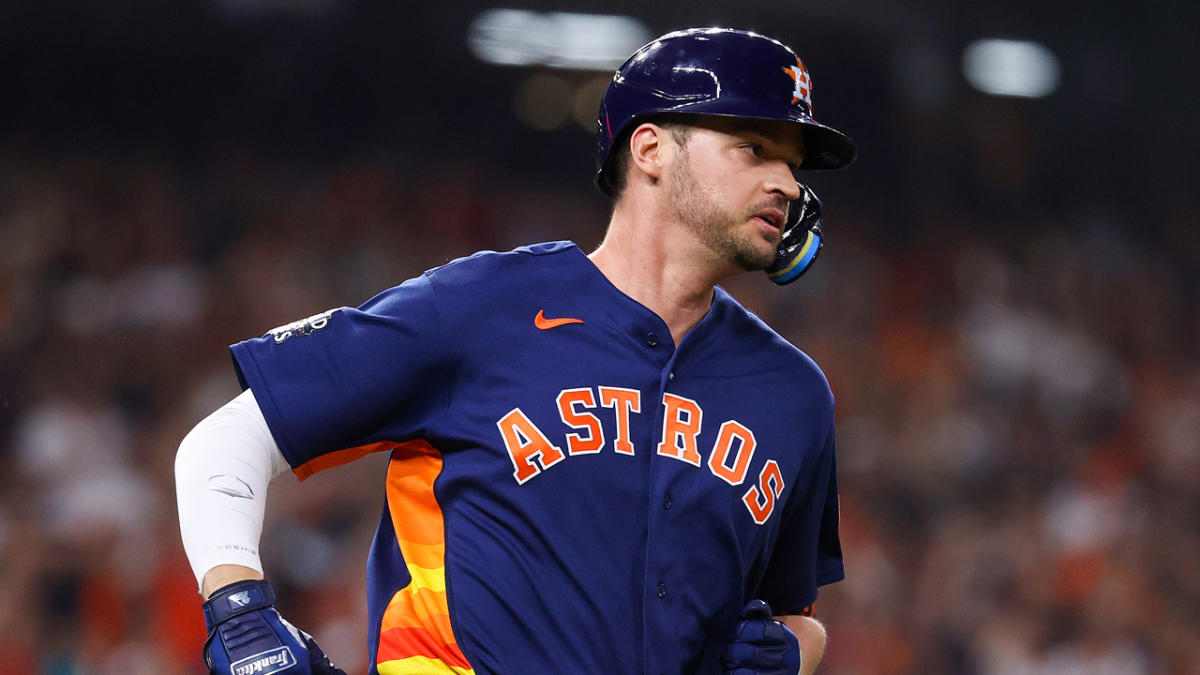 The latest domino on the free agent first base market fell Monday as longtime White Sox slugger José Abreu agreed to a three-year deal with the Astros.

Which leaves one less prominent option for the Cubs as they look to address a major need in their lineup.

Abreu looked like an obvious fit, not only as a veteran with a good track record on the field and in the clubhouse, but as someone whose presence could help the Cubs ease prospect Matt Mervis into the big leagues.

The market still features several first basemen the Cubs have been linked to — options who could fit in tandem with Mervis by taking on tough matchups, such as against left-handed pitching.

The Cubs met with the agents of Josh Bell and Trey Mancini at the GM Meetings. Bell is a switch-hitter who hit 27 home runs in 2021. He earned his first Silver Slugger in 2022 but struggled at the plate after being traded from the Nationals to the Padres.

Mancini’s production also dipped after being traded (Orioles to Astros). But he’s a right-handed hitter, has four 20+ home run seasons on his résumé and is known as a great clubhouse presence

As expected, the Cubs have shown interest in Cody Bellinger since the Dodgers non-tendered him, according to Jon Heyman of the New York Post — though they’re among 11 teams with reported interest.

Bellinger, the 2019 NL MVP, is looking to bounce-back after underperforming the past two seasons in Los Angeles. He can play first and center field, another major area of need for the Cubs.

If you’re looking at external options outside that group, the versatile Brandon Drury saw extended time at first in 2022 after a trade from the Reds to Padres. He’s a right-handed hitter and is coming off a career year offensively (28 home runs, .813 OPS).

The Cubs need to add offense this winter, and while Mervis is coming off a breakout 2022 and is part of their future, they don’t plan to hand him a full-time big-league job out of spring training next year.

“Certainly, he’s a big part of our future,” Cubs president Jed Hoyer said of Mervis at the GM Meetings this month. “We know he’s going to get a lot of plate appearances with us, get a lot of playing time.

“We’re also still going to be in the market for bats.”

Are there signs pointing to Jacob deGrom returning to the Mets? | Baseball Night in NY