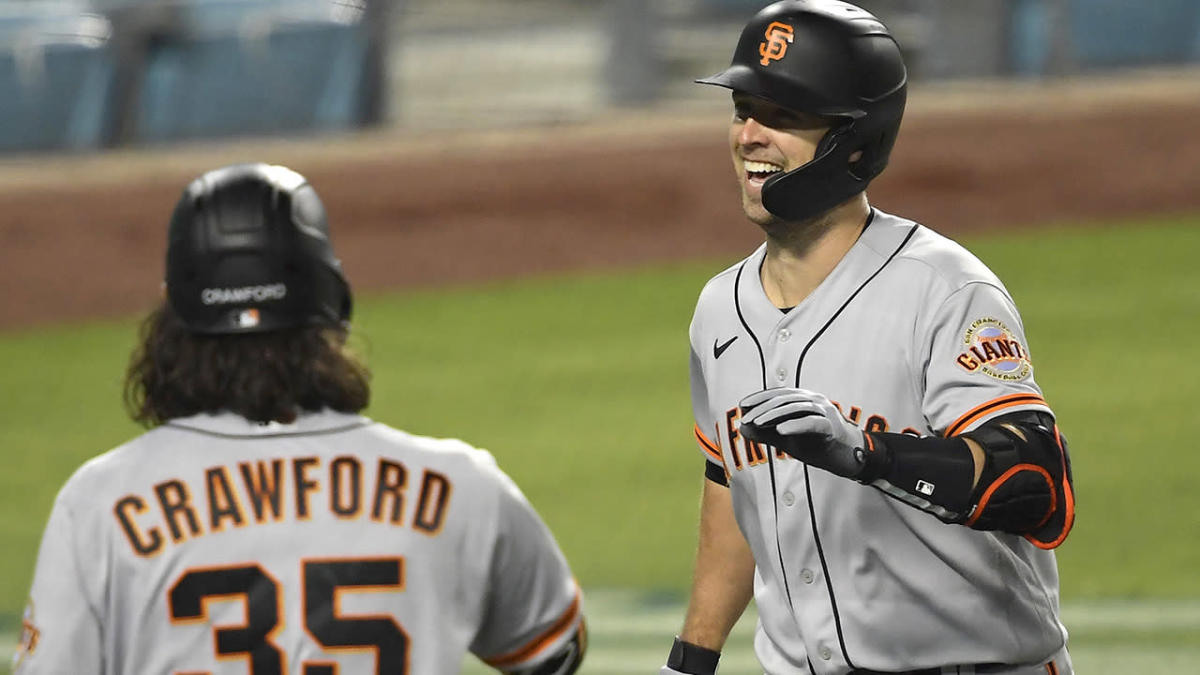 The 2022 ballot wasn’t just the end of the line for Barry Bonds. It also ended up being Tim Lincecum’s first and only time up for induction in the National Baseball Hall of Fame, and others with Giants ties fell off as well.

Tim Hudson failed to reach five percent in his second year and 2014 rotation mate Jake Peavy was blanked in his only year on the ballot. A.J. Pierzynski and Joe Nathan, infamously dealt for one another, both fell off the ballot after just one try.

There are 60 members of the Hall of Fame who wore a Giants uniform at some point, but the organization has gone through a bit of a dry spell, mostly because the BBWAA stubbornly kept Bonds, the best player to wear orange and black in the last five decades, out of the Hall. It shouldn’t be long, though, before Giants fans are given a reason to visit Cooperstown — if they have forgiven the Hall for not including Bonds.

Here’s a look at the former Giants who will be on the ballot in the coming years, and what their chances might look like:

Still on the ballot: Jeff Kent and Omar Vizquel

Two of Bonds’ teammates remain in contention, but neither is getting in via the BBWAA vote.

Kent is one of the best offensive second basemen in MLB history, but he has seen an odd lack of support in his nine years on the ballot. Maybe it’s the defense. Maybe it’s the fact that most of his 377 homers and 1,518 RBI came during an era where offensive numbers were often comically good. Maybe it’s the prickly personality, something that certainly costs Bonds.

Whatever the reasoning, Kent reached just 32.7 percent this year. It was a very crowded ballot and Kent should pick up some final-year support next winter (I left him off my ballot because I ran out of room, but fully plan to vote for him next time), but he has way too far to go to reach 75 percent. Kent finished 171 votes short this year.

Vizquel just had the biggest year-over-year drop in BBWAA voting history, getting just 23.9 percent of the vote, which is well below the 37 percent he received in 2018 as a first-timer. Vizquel peaked at 52.6 percent two years ago, but there’s no ambiguity here. Since then, he has been accused of domestic abuse and sexual harassment. He was a borderline pick anyway because of the poor production at the plate, and there will be no coming back from the off-field issues.

After David Ortiz and Alex Rodriguez were added to the ballot this time, the potential 2023 class will include just one newcomer with a good shot. Carlos Beltran, who technically is a former Giant, should get in, although voters might hold the sign-stealing scandal against him for a few years.

Cain will be eligible and is a strong bet to get on the 30-player ballot, which has 16 open spots after this year’s vote. He finished his career with 104 wins, a 3.68 ERA and three titles. Cain was a three-time All-Star but never finished higher than sixth in Cy Young voting. He’s not getting in, and won’t even make it to a second year on the ballot, but he’ll always remain extremely popular at Oracle Park.

A key member of two title teams in San Francisco, Pence is just one year into the five-year waiting period, but he has a really good shot at making the 2026 ballot. He likely won’t last long, though.

Pence was one of the more famous and popular players of his generation, but he finished with 1,791 hits, 244 homers and a .794 OPS in his 14 seasons. Mark Teixeira exceeded all those marks and got just six votes this year, falling off the ballot.

Posey’s surprise retirement kept him from compiling stats for a few more years, and he finished his career with an even 1,500 hits and just 158 homers. But he was the best all-around catcher of his generation (sorry, Yadi) and should have been a lock even before coming back in 2021 to post a .889 OPS and hit 18 homers for a 107-win team.

The only question with Posey is whether or not he’ll be a first-ballot selection. He’s the opposite of Bonds, in that he will only be helped by non-statistical arguments. There isn’t a single red flag on Posey’s resume, and he was always gracious with his time with the media. In an odd way, going out at the top of his game might help his case, as more and more writers are looking at detailed stats instead of just counting up how many hits a guy had.

Posey is eligible to be inducted in 2027, although Giants fans might not have to wait that long …

Bonds actually might end up giving a (must-watch) speech in Cooperstown in 2023 because he’s eligible to be voted in by the Today’s Game Committee. It’s a group of 16 voters, although it’s certainly no lock that Bonds will get the needed support in that room.

Bruce Bochy, however, should be a frontrunner. He’s also eligible for Today’s Game, and unless this year’s committee just decides to go heavy on players who were shunned by the BBWAA — very unlikely — Bochy should be able to get the 12 votes needed for a spot in Cooperstown. There are 11 men with 2,000 career wins; Bochy, who hasn’t been eligible until now, is the only one not in the Hall of Fame.

Further Down the Line

We’ll have to wait and see how many games LaMonte Wade Jr. wins in the ninth inning for the next decade, but the current Giants roster actually does have some guys who will merit consideration, and others who recently played for the Giants — Andrew McCutchen, Kris Bryant, etc. — should get on the ballot as well.

Evan Longoria has a really sneaky case. He was so good for so long in Tampa Bay that he’s up to 57.4 WAR, which isn’t all that far behind the 70.1 that Scott Rolen put up. Rolen — currently at 63 percent in voting — looks like he’ll get into the Hall as soon as next year. Rolen had 316 homers and an OPS+ of 122; Longoria is at 317 and 120, although Rolen’s eight Gold Glove Awards lead his resume. Longoria has three of them.

Longoria is already 36 but he was smoking the ball for two months last year before he got hurt. If he can put up a couple more good seasons, he should ultimately stay on the ballot for a while.

Brandon Crawford’s late-career renaissance should get him on the ballot, at the very least, and that’s honestly a really cool thing for any player to be able to say. Brandon Belt has a shot to make the ballot, although a couple more big seasons wouldn’t hurt given the shortage of awards and All-Star appearances.

Finally, there’s one of the most interesting cases of this generation. Madison Bumgarner has just 127 wins and his ERA is going the wrong way in Arizona. But voters are at some point going to have to change the way they evaluate pitchers, as just about nobody who debuts these days is going to reach even 100 wins or pile up 200-strikeout seasons. Jacob deGrom, for instance, is only at 77 career victories.

Bumgarner’s case will be simple: He’s a four-time All-Star who also happens to be one of the best postseason performers of all-time. If he were on the ballot in 2022, that wouldn’t be enough. In 10 or 15 years, though? It just might be.

Mets Mailbag: Is trade possible with Athletics for starting pitcher?