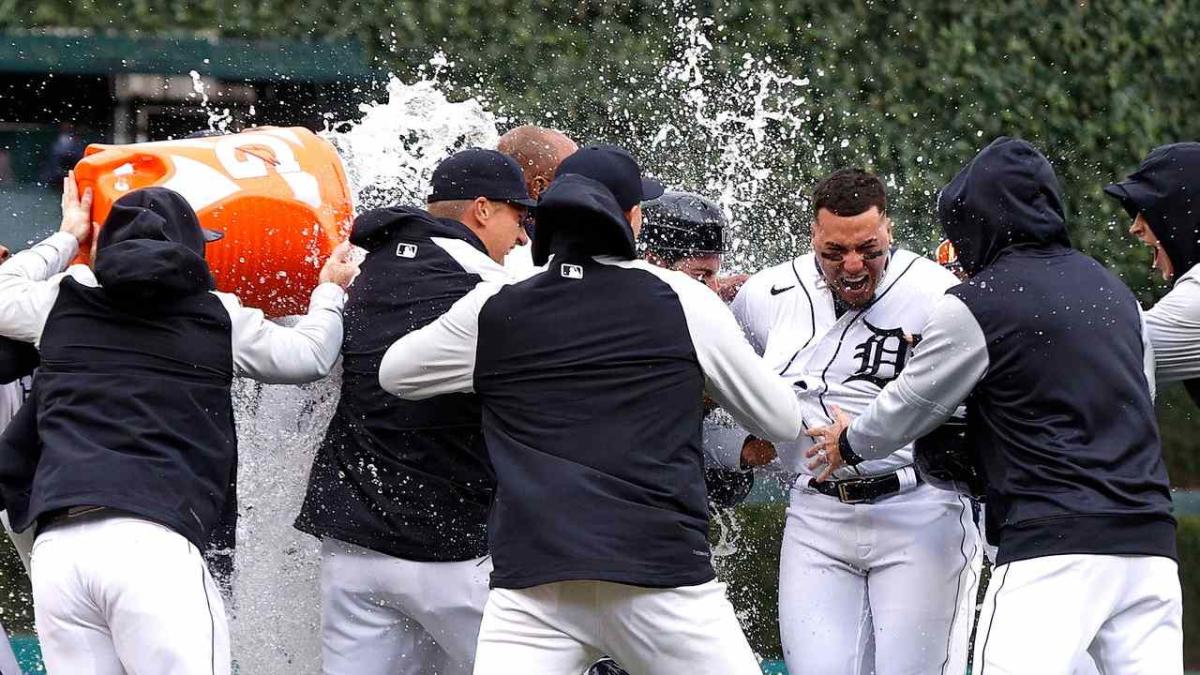 The White Sox looked primed for their first Opening Day win since 2018 with some ninth-inning heroics from Andrew Vaughn. But instead of jubilation, the day was ruined by a fielding error, a bullpen collapse and yet another injury to a big-time player. After only throwing 61 pitches, Lucas Giolito left the game with “abdominal tightness” with no additional information on the extent of his injury. His status is certainly the biggest storyline to follow moving forward, but there were other big observations from Game 1 of the 2022 season, as well.

Giolito earned the Opening Day nod for the third straight year, and put together his best start yet. But Giolito had to leave the game after four innings, ruining his chances for his first Opening Day “W.” It’s the latest blow to a pitching staff that’s already without Lance Lynn, Joe Kelly and Ryan Burr. Garrett Crochet will be sidelined until 2023 after undergoing Tommy John surgery, too. Before suffering the injury, Giolito worked around trouble to keep the Tigers in check. He surrendered a leadoff walk in the first inning, and a one-out double in the second, but by the third he had Tigers batters guessing. Giolito finished the day with 4 IP, 0 ER, 1 H, 6 K and 2 BB on 61 pitches. A massive improvement from his first Opening Day start when he gave up seven earned runs in just 3.2 innings.

After Giolito’s early exit, the White Sox relievers were tasked with covering five innings, and they couldn’t get the job done. Bennett Sousa kicked things off well enough in his MLB debut with a spotless fifth inning. But in the sixth Kendall Graveman needed a little help from a slide interference call to wiggle out of a jam. Two innings later Aaron Bummer notched two outs, but loaded the bases in the process. Tony La Russa turned to Liam Hendriks for the four-out save, but Miguel Cabrera tied the game on his first pitch of the season. Hendriks was bailed out by Vaughn’s deep home run in the top of the ninth, but in the bottom half of the inning Hendriks blew another chance at wrapping up the win by surrendering a homer to Eric Haase. Rick Hahn invested in the bullpen over the offseason to avoid late-game collapses like we witnessed on Friday, so the team will hope to chalk up this performance to Opening Day jitters with more dominant outings moving forward.

POLLOCK’S ROCKIN’ DEBUT AT THE PLATE, NOT SO MUCH IN THE FIELD

The White Sox traded for A.J. Pollock to shore up right field, add a reliable bat to the lineup and provide championship experience in the clubhouse. With Tim Anderson serving the first day of a two-game suspension, La Russa penciled in Pollock at the top of the lineup, and he made an instant impact. Pollock plated a run by taking a ball outside the zone and directing it to right field for a single. He followed that with a double, and another single, finishing the day 3–5 with the one RBI and one run scored. But Pollock’s hot start at the dish was undone by a late-game gaffe in the field. Pollock had a chance to record the final out of the ninth inning, sending the game to extras. But the ball bounced off his glove and into the wall, giving the Tigers a walk-off win.