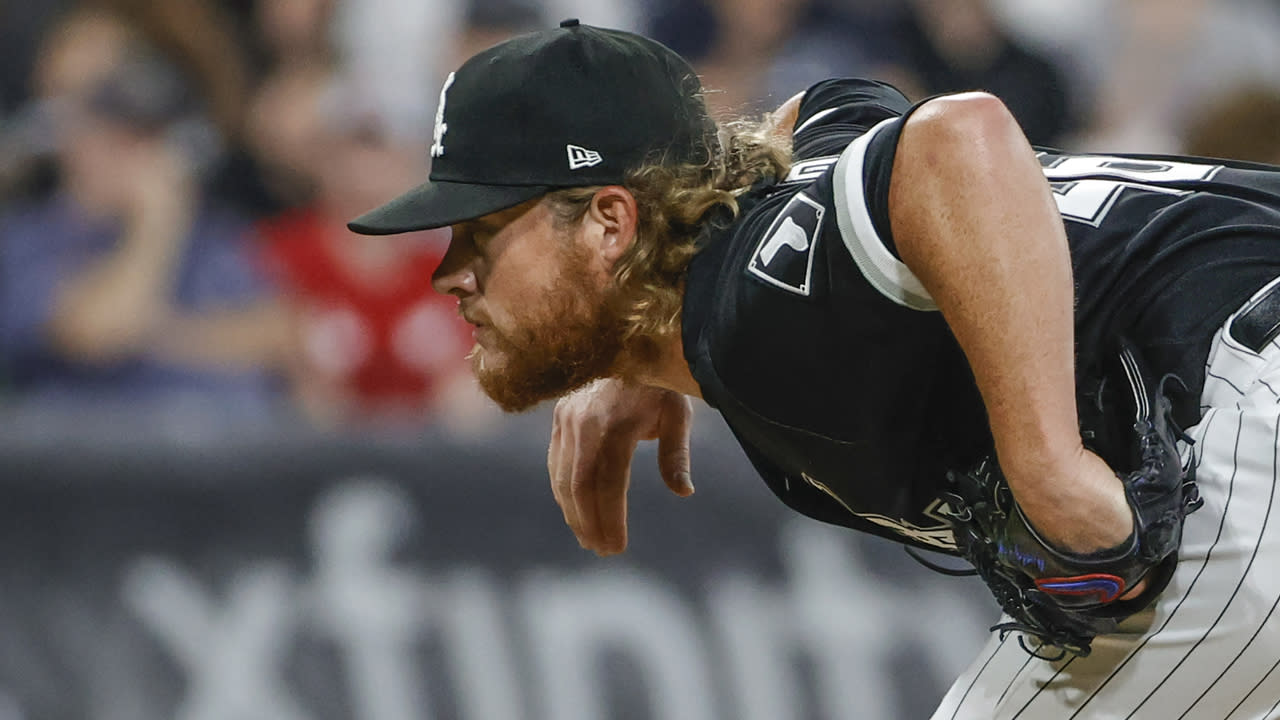 For all the excitement, Tony La Russa was down in the dumps.

And he let it be known in his postgame press conference.

“I’d be hard-pressed to think about winning a great game and enjoying it less than I do right now,” the South Side skipper said after a thrilling extra-inning victory over the team with the American League’s best record.

RELATED: TA plays hero again in another big win, this time vs. Rays

So what was eating the Hall of Famer?

Turns out that not even Tim Anderson’s put-the-team-on-his-back heroics to send the Chicago White Sox to a Friday-night win in La Russa’s hometown were enough to erase the remorse he felt over how he handled one of his relief pitchers.

Specifically, La Russa was tormented by the way he used his newest relief pitcher, Craig Kimbrel, a guy who will potentially be joining him in the Hall of Fame one day.

La Russa called on Kimbrel, acquired in a splashy Crosstown swap at the trade deadline, to pitch the eighth inning Friday night and protect a two-run lead. This was Kimbrel’s first appearance since Monday, and in between outings, he had briefly departed the team in order to attend a family member’s funeral.

Friday night, things did not live up to his historically dominant standard. He walked the first batter he faced on four pitches, and after a lineout, the runner made it all the way to third when Kimbrel’s wild pitch bounced away from Seby Zavala during a stolen-base attempt.

Kimbrel struck out the next batter he faced. But La Russa made a change there, replacing him with Aaron Bummer, who entered, walked the first batter he faced, gave up an RBI single — helped out by Anderson making a wayward toss to second base — intentionally walked Nelson Cruz to load the bases and gave up a two-run single to put the White Sox behind.

After the game, even after a comeback victory, La Russa beat himself up over his decision to lift Kimbrel — and perhaps to even bring Kimbrel in in the first place.

“The way it turned out was atrocious,” he said. “It’s one of those things where I went in thinking it had been three days since Craig had pitched, one of those days he took the trip for personal reasons. All of a sudden, you throw him in the middle of that.

“You want to try to create fair situations. I kept thinking — as he walks the first guy and as he went on — I kept thinking, ‘This is just not fair.’ I take him out after he strikes out (Mike) Zunino, and I think it was the totally wrong message to send him, to think that I and we don’t have confidence.

“It was not fair for it to develop that way. I thought, ‘He shouldn’t face that guy.’ But when I look back it, thinking about the potential Hall-of-Fame closer that he is, I sent him the wrong message. If it had worked out, I still send him a bad message. And that’s not what I think of him.

“He’s certainly a key part of what we have going forward. (We won) the game, and (now we’ll) try to repair the damage to Craig.”

Ever since Kimbrel was acquired, it’s been a wonder how the White Sox would handle having two All-Star closers at the back end of their bullpen. La Russa assured there would not be a closer controversy, and there hasn’t been, as Liam Hendriks has remained the go-to guy for the ninth inning. That’s shifted the curiosity to how Kimbrel, one of the top 10 game-savers in baseball history, would handle pitching the eighth as Hendriks’ primary setup man.

The results have been mixed. And though mixed results are nothing new for Kimbrel in Chicago — meaning that his 2019 and 2020 struggles with the Chicago Cubs were not due to him pitching in an unfamiliar inning — he has gone from a nearly untouchable 0.49 ERA in 39 appearances for the Cubs this season to a 5.40 ERA in the admittedly small sample size of nine relief appearances for the White Sox.

No one should assume that someone with the track record Kimbrel boasts is broken now that he’s wearing a different jersey and pitching an inning earlier than he has in the past.

And in fact, that’s what was bothering La Russa, that he didn’t show trust in someone who’s gotten out of that jam so many times in a Hall-of-Fame career.

“You make those moves a lot. But in this case when it’s Craig Kimbrel, future Hall of Famer, it was not the move,” La Russa said. “He earned that challenge, and I took it away. I took it away because the whole time I sent him out there, I knew he had three days rest, had a two-run lead, I thought, ‘I hope this starts good.’

“He walks the first guy, and I think it’s unfair to him, that’s why I did it. But I think what’s worse than being unfair is not showing confidence.”

Marc Gasol no longer a lock to return to Lakers for 2021-22 season, per report