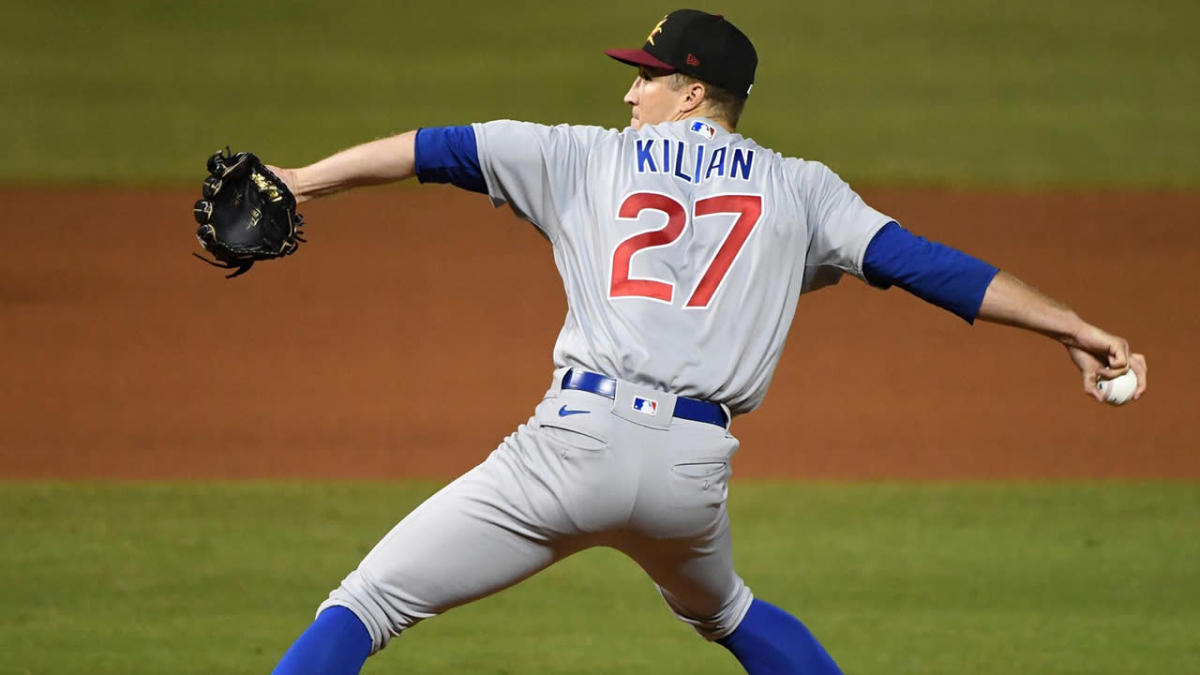 Could Caleb Kilian make his big-league debut in the near future?

The Cubs rotation is at full strength for the first time this season after the recent returns of Marcus Stroman and Wade Miley, and is in the midst of a strong stretch.

But they have a pair of doubleheaders on their upcoming schedule (May 30 vs. Brewers, June 4 vs. Cardinals) and a grueling stretch where they’re set to play 11 games in nine days without a day off.

It could be a good fit for Kilian, the Cubs’ top pitching prospect, for his first major-league start — at a time when the Cubs will need more than five starters.

Teams are allowed to add a ‘27th man’ to their active rosters for doubleheaders, though the Cubs would have to make a move to get Kilian on the 40-man roster.

The doubleheaders are not only an option for Kilian to get his feet wet in the majors, but for the Cubs to get a look at how he performs at the next level. He’s already standing out in Triple-A Iowa.

“We’re really excited about him,” Hoyer said. “I can’t speak to timetables, but certainly we’re well aware of the success he’s having.”

His performance this season follows a strong finish to 2021 in the Arizona Fall League. Kilian threw six perfect innings in the championship game.

Thursday was a season-high for him in innings and pitches (80).

“After he pitched in the Fall League till the very end, we took it slow with him in spring training,” Hoyer said. “Even into the [2022] season, we tried to lessen his workload a little bit.

“He’s been getting better and better with each start.”

At the least, Kilian has put himself on the Cubs’ radar to debut at some point this season.

“Certainly [with] the way he’s throwing, he’s in Triple-A, he’s getting a lot of guys out,” Hoyer said.

“He’s certainly putting himself in position for that, yeah.”