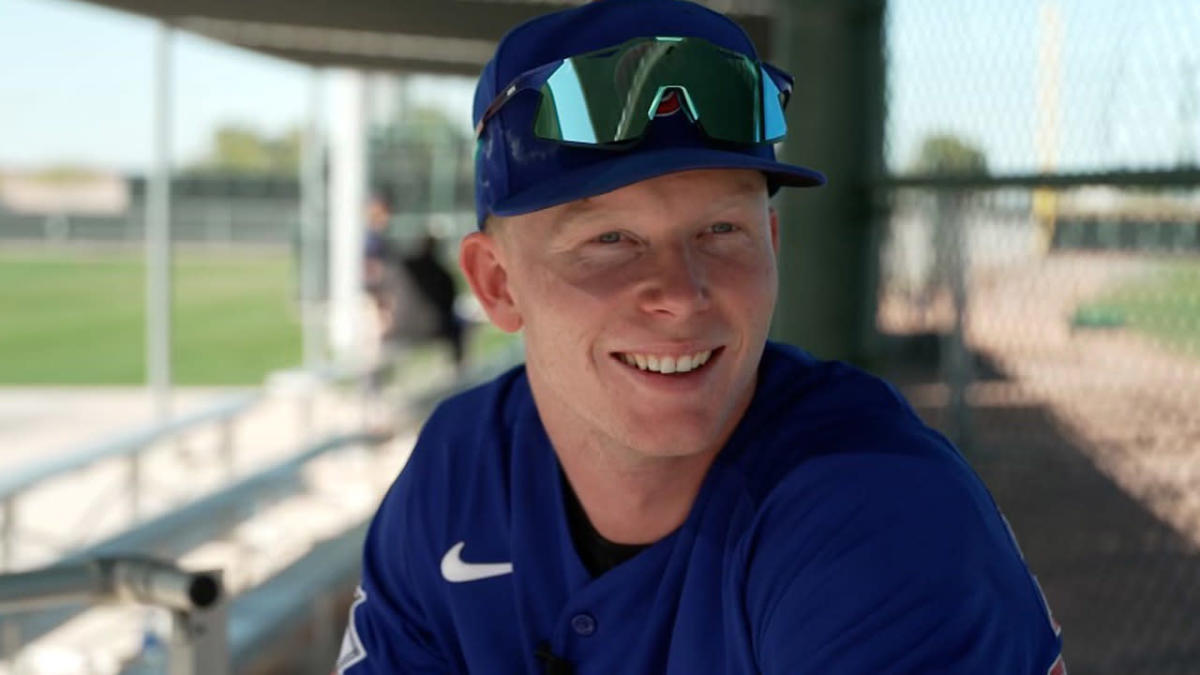 MESA, Ariz. — Pete Crow-Armstrong is not a major league center fielder, at least not yet. But he played one on TV the other day — making a sliding catch in center field and later drawing a walk during the winning rally in a Cubs’ spring game.

No surprise to see the fourth-ranked prospect in the organization show off talent when given a chance — especially in the field, where Baseball America calls him the best defensive outfielder in the Cubs’ system.

If anything, it’s the ease on the bigger stage and poise around it that look most impressive about Crow-Armstrong at this early point in his pro baseball career.

But maybe that shouldn’t be so surprising, either.

Because while Crow-Armstrong has only six official pro games of experience on the field since he was drafted in 2020 — thanks to a pandemic his first year and a shoulder injury his second — he has more experience around big stages than most people get in a lifetime.

“My parents were probably those people that would say it’s not reality,” Crow-Armstrong said of growing up in Southern California with parents who were actors — including recurring roles for both on the TV series Heroes.

As much as they’ve loved their jobs, his parents, Ashley Crow and Matthew John Armstrong, kept home life more “quiet” and separate, he said.

“We didn’t live in Hollywood. We didn’t live under any spotlight,” he said. “Nothing about my childhood had anything to do with the entertainment business, it felt like, because I think my parents wanted me as far away as possible.”

Well, almost nothing. He did have that one favorite babysitter. And he did get to hang out on the set a lot as a young kid.

“All the time,” he said. “And that was fun for me. I liked being around the older actors, and I liked being babysat by my mom’s co-stars and what-not.”

“Hayden Panettiere babysat me. I had the biggest crush on her,” Crow-Armstrong said. “Yeah, I’d say she was probably the coolest one for me.”

These days, Pete’s mom coaches acting more often than taking roles. And his dad — who grew up in Naperville and passed his Cubs fandom to his son — mostly teaches high school English.

But if the kid who was blindsided by last July’s trade from the Mets to his favorite team — for his favorite player, Javy Báez, no less — winds up riding the wings of all that baseball talent from A-ball to the majors as part of Jed Hoyer’s “next great Cubs team,” it’s hard to imagine anybody this side of Ed Howard might have the experience and life skills to better handle the media fishbowl and trials of Wrigley Field and its 40,000-strong jury box.

“He’s an impressive young guy, on and off the field,” said Cubs farm director Jared Banner, who was with the Mets when they drafted Crow-Armstrong 19th overall out of Harvard-Westlake High School — the L.A. baseball powerhouse that once had Lucas Giolito, Jack Flaherty and Max Fried on its team at the same time.

Crow-Armstrong downplays the impact his spotlight-adjacent upbringing might play in his beyond-his-age poise and comfort both in a big-league spring outfield and during a 20-minute sit-down in front of a Chicago TV camera.

“I think I just try and stay myself and … I don’t know,” he said. “Cameras are cameras, man.

“I’m just being me. I’m here to play baseball.”

So far so good as far as the Cubs — and the trade publications — are concerned. Lost seasons and all.

He’s considered one of the brightest prospects among the nine the Cubs acquired in trades the last 15 months of All-Stars Yu Darvish, Anthony Rizzo, Kris Bryant and Báez during the front office’s second rebuild in a decade.

Before Crow-Armstrong hurt his shoulder last season, he got his career professional total of 32 plate appearances, all at low-A Port St. Lucie (Florida), going 10-for-24 (.417) with two doubles and seven walks. He even stole two bases.

By the time the trade deadline approached, he was well into a rehab program in Florida with a likelihood of a trade impossible to fathom — even after he got the call that it actually happened.

“It felt kind of fake,” he said. “I just never pictured it happening. It was as surreal as it possibly could have been. I don’t think it sunk in until I was [with the Cubs] for a solid amount of time.”

The trade hit all kinds of emotional hotspots for Crow-Armstrong and his family, especially his dad.

The team that meant something personal. Getting traded for the All-Star shortstop he idolized. Getting traded at all — never mind while he was rehabbing from a serious injury.

“The weirdest thing was realizing my place in the game now,” he said of the business side. “Like, we’re all just another player, but anything can happen. That showed me that clear-cut.”

He was on his way to meet his parents, who were in Florida to see him, when he got the call he’d been traded. His dad kept his cool in the moment at hearing the news but “was through the roof” over Pete joining his Cubs.

The whole thing turned out to be just one more surreal chapter in the damndest two years to start a professional baseball career a player could have while rising in notoriety and stature among prospects.

“Pete did a great job in 2020 of getting as many live at-bats as he could in California, with a lot of good players out there,” Banner said, adding that he followed that with Instructional League work in the Mets system after that. “Obviously, it’s less than ideal that he has the injury last season.”

Once the Cubs got him, he finished his rehab and was a big part of their pre-spring mini-camp for select prospects.

“I think he’ll be more than ready,” Banner said. “He’s a great athlete. He’s a natural, competitive baseball player, and I think that’ll shine throughout the season.”

What’s certain is that he’s fully recovered from the shoulder and physically ready.

As for the non-physical part of the experiences, that’s where Crow-Armstrong said he may have “gained more than I lost” during all that time with no games.

“I don’t think I lost anything,” he said. “Not playing and having these interesting circumstances thrown at me has done a lot more for me than just playing every day. I’m used to that.

Said Banner: “It’s going to be a big year for him.”

If it is, it won’t be the first big year in baseball for somebody in Crow-Armstrong’s family.

Ashley Crow’s most famous role is well-known to many baseball fans, at least of a certain age: the mom, Jenny Heywood, in Little Big League.

Crow-Armstrong has watched it repeatedly over the years, he said, even though it came out eight years before he was born.

“I like that movie for what it is, not even the fact that my mom’s in it,” said Crow-Armstrong, who discovered it on his own, independent of his parents. “It’s just a fun movie. It’s a feel-good movie. I don’t think you can dislike it.”

Of course, once he started becoming more prominent in baseball circles as a tween and early teen, people started making the connection and asking him about the movie and his mom.

Which makes you wonder which member of the family is more famous among baseball fans. It seemed pretty obvious back then. Maybe even now.

The better question — at least for the Cubs — might be who’s going to be more famous 10 years from now?

“If it’s still my mom, I wouldn’t be upset,” Crow-Armstrong said. “She deserves it. I’m not even thinking 10 years down the road. I’ve got to get to low-A or rookie ball or high-A or wherever I start this year.

“I’ve just got to get a season under my belt.”