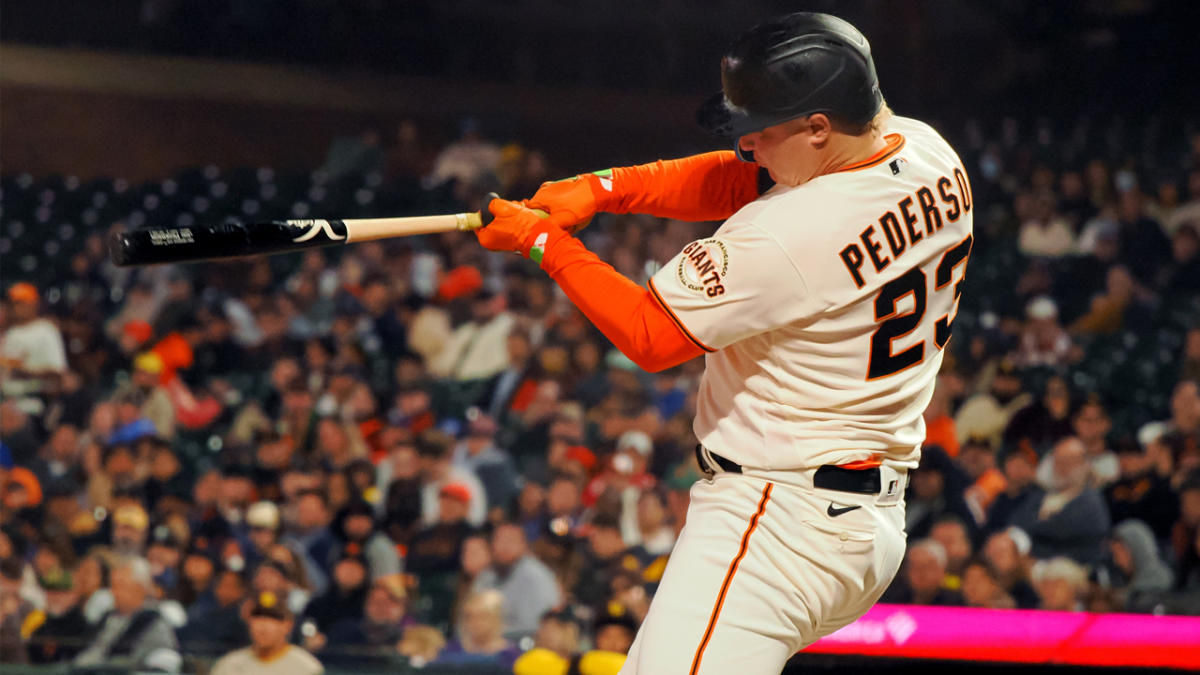 SAN FRANCISCO — Qualifying Offer Day generally is an anticlimactic one for MLB front offices. Executives make the offer to recoup draft picks for superstars who might get away in free agency, but the Giants have used it a different way in recent years.

Only 13 players ever have accepted the qualifying offer, but three of those are Giants who have taken it the last three offseasons. Kevin Gausman was one of two to accept in 2020 and Brandon Belt was the only one last offseason. On Tuesday, Joc Pederson joined Texas Rangers starter, Martin Perez, as the only ones to take this year’s offer, which guarantees a player $19.65 million for 2023.

For the Giants, who prefer short-term deals at higher annual values, the qualifying offer has been an effective bridge. It brought Gausman back after a breakout season when the sides couldn’t reach a long-term deal, and it assured one more year of Belt after his best season ended with an injury.

Like the other two, Pederson found that the qualifying offer was his best option for the upcoming season. He said accepting was a “tough decision,” even though he does like being a Giant and was happy to be back.

“There are a lot of teams out there that are winning-caliber teams that could have been a good fit, but I enjoyed my time so much here in San Francisco and really wanted to come back,” he said.

Pederson said everything about his first year with the Giants was first class, but the “main disappointment was the on-field play.” That was something that bothered him late in the year, when he said there was no silver lining in finishing .500 after falling out of the playoff race.

Pederson had been in the postseason every previous year in the big leagues and won two titles, so there was a perception that he would try to sign with a guaranteed winner this offseason. The Giants made an offer that financially was too good to refuse, but Pederson said he does see them as a contender next year.

He believes he’s signing up for another shot at Joctober.

“I think we definitely underperformed last year,” he said. “It’s a good group of guys and we’re going to add some more pieces. I’m pretty sure that we’re going to get back to winning ballgames and back to the playoffs, so I’m definitely looking forward to that.”

The pressure to get back there is on Farhan Zaidi and a front office that viewed Pederson as an important piece to the puzzle. He led the team in OPS in 2022 and hit 23 homers, and Zaidi said bringing Pederson back “was part of our Plan A for 2023.”

“He was such an offensive force for us this past season and it was really important for us to have him back,” Zaidi said.

There is no doubt that Pederson makes the lineup better, but Zaidi has spent the offseason harping on the need to improve defensively — the Giants finished last in the Majors in Defensive Runs Saved — and get more athletic. By DRS, Pederson was the third-worst left fielder in the big leagues, but both he and Zaidi said the goal is to be better prepared to play left next season.

“It wasn’t a great defensive year but some things didn’t go my way,” Pederson said. “I can prepare better. I’m preparing right now to continue to play the outfield for a lot more years, not just next year. I’ll be better in the outfield and on defense than I was last year.”

That would make lineup construction easier, but the Giants likely will plan for Pederson to be their primary designated hitter against right-handed pitching. That would take advantage of his greatest skills while still allowing them to follow the stated goal of improving defensively.

When it comes to the other half of the game, there’s no doubt that Pederson will make an impact. He was streaky in his first season with the Giants but was easily the most dangerous hitter available to Gabe Kapler.

The Giants plan to add around Pederson, but if he has done any recruiting, he didn’t let it slip. Pederson played against Aaron Judge in high school but said he doesn’t know him well and hasn’t really tuned in to what’s happening with Judge’s free agency.

“He had a fantastic year, a historic year,” Pederson said. “He’s going to do very well for himself and it’s going to be well-deserved. I’m happy for him but I haven’t really been tuned in. I hope he comes to the Giants but if he chooses elsewhere that’s awesome, but I’m not too tuned in, I guess.”

Whether it’s Judge, Carlos Correa or someone else, the Giants still need to add a star piece — or two — to the roster. On the same day Pederson took their one-year offer, Carlos Rodón turned it down.

Bringing Pederson back simply keeps the Giants from having another massive hole to fill, but they still must find a replacement for Rodón — assuming he finds his nine-figure riches elsewhere — and add to the lineup while also fixing the defense.

That work can pick up speed now that other decisions have been made. Zaidi said some of his time recently had been spent on trying to reach a multi-year deal with Pederson but the sides never got to the finish line.

The Giants felt the qualifying offer was a good way to bridge the gap and Pederson was happy to accept.

“For us the qualifying offer just made sense to improve our chances of retaining him for 2023 and even beyond, whether it was accepting the qualifier or negotiating a longer term deal” Zaidi said. “That’s what happened. We’re very happy to have him back. You always like it when somebody who was part of your Plan A winds up on your roster and that’s how we view it.”

Klay Thompson to doubters: ‘I deserve more credit for battling through all that injury s***’

Elias Pettersson with a Goal vs. Buffalo Sabres