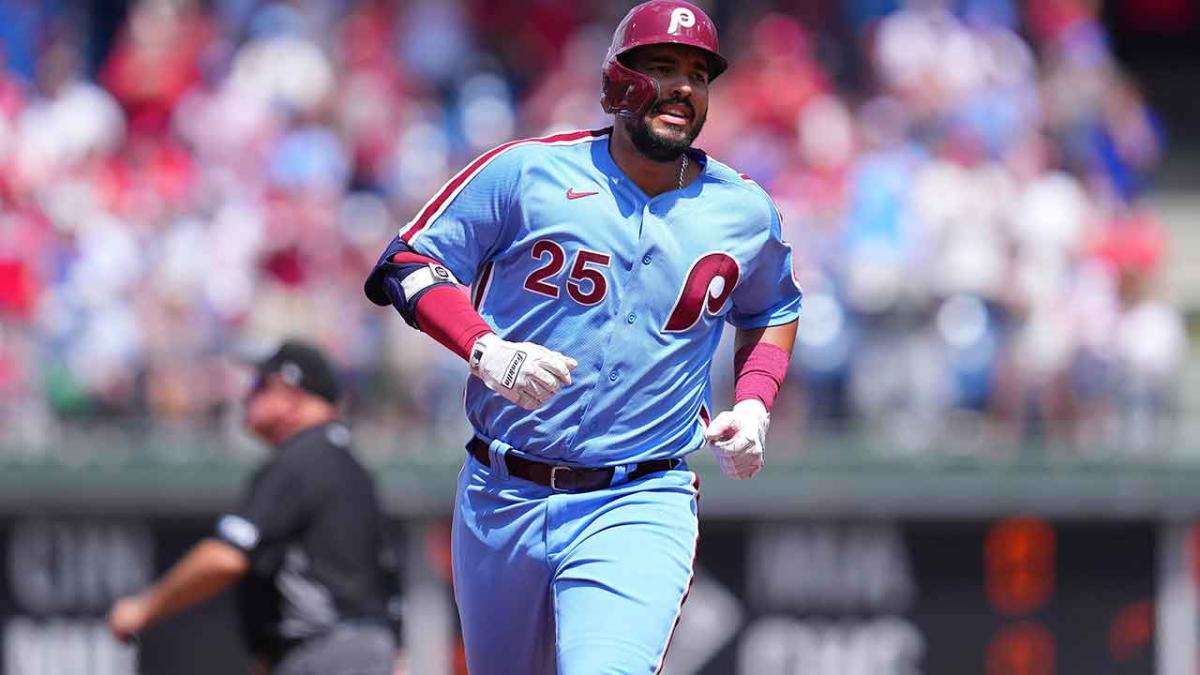 After impressing immediately at the plate and helping the Phillies stay afloat by providing left-handed power in Bryce Harper‘s absence, Darick Hall’s first major-league stint ended Monday night when he was optioned to Triple A Lehigh Valley.

The rookie DH/first baseman might not be gone for long, but his playing time had dried up and the opportunities would have disappeared completely when Harper returns in a week as the designated hitter.

Hall had been playing less because Kyle Schwarber was relegated to DH duty after straining his calf on August 11. Schwarber made his return to left field Tuesday night, a game after Hall was sent down, but still, the DH reps wouldn’t have been there for Hall this week, Phillies manager Rob Thomson explained.

“Schwarber isn’t going to be able to play left field every day, especially when we start out,” Thomson said pregame Tuesday. “Tonight, he’ll play left and (Nick) Castellanos gets off his feet. Tomorrow, Schwarber will go back to the DH spot. We’ll probably flip back and forth for a bit. That limits Darick’s opportunity to get at-bats.

“I think he’s had five or six at-bats in the last six days so he needs to get his timing back, get normal at-bats, play the field so that he’s available for us when we need him.”

Hall had his bags packed Monday night and was offered encouragement from teammates throughout the clubhouse, with most saying they expected to see him back soon. It didn’t take long for the humble, genuine, 27-year-old to gain popularity with teammates, staff and fans.

“He’s a pro. He’s one of the finest people I’ve ever met,” Thomson said. “I think he understood. He’s just going to go down and play and do his thing.”

The Phillies called up utilityman Yairo Muñoz to take Hall’s spot on the active roster. Muñoz had 50 at-bats with the Phils earlier this summer and was sent down at the beginning of August. He got the start Tuesday night in right field.

Rosters expand from 26 to 28 on September 1. The Phillies are off on September 1 but still have to set a roster that day. Hall would be eligible to return to the majors then but it’s unclear if he will.

“He could be,” Thomson said. “There’s a lot of guys in play depending on where we’re at, who we’re facing and things like that. With the Triple A season going almost as long as we do (it ends September 28), you can work your roster just like you do during the regular season, guys can come up and down. It still costs you an option.”

In his quest to bring a championship to the Brooklyn Nets, Kevin Durant is starting the season 0-1