After two straight years of zooming past the luxury tax threshold in pursuit of a championship, will the Dodgers do the same to fill their vacancies in 2023?

Given their propensity to spend, and the breadth of top-level shortstop and starting pitching options available on the market, they’ll undoubtedly be linked to a number of premier free agents this offseason. But ascending past the competitive balance tax threshold to obtain talent at areas of need doesn’t sound like a certainty.

“Going over it is something that we’ve done with regularity, and it adds costs,” president of baseball operations Andrew Friedman said after the Dodgers non-tendered Cody Bellinger on Nov. 18. “All of that just gets factored in. It has never been, ‘Hey, we have to get under.’ It’s been about putting the most talented team together.”

The penalties and tax rates get harsher the more consecutive years a team exceeds the CBT threshold, which was $230 million in 2022 and will be $233 million in 2023. The first year brings a 20% tax on all overages, followed by 30% in year two and 50% in year three — and that’s before the added tiers of penalties once a team goes more than $20 million over the threshold in a particular year.

The luxury-tax penalties reset when a team drops below the threshold for a season. The Dodgers were second-time offenders in 2022.

“Obviously, we’ve been aggressive over the last two years — not just in terms of payroll but in terms of taxes paid as well,” Friedman continued. “All of that just gets factored in.”

Will Carlos Correa end up with the Dodgers or Cubs? Will Jacob deGrom head back to NY? 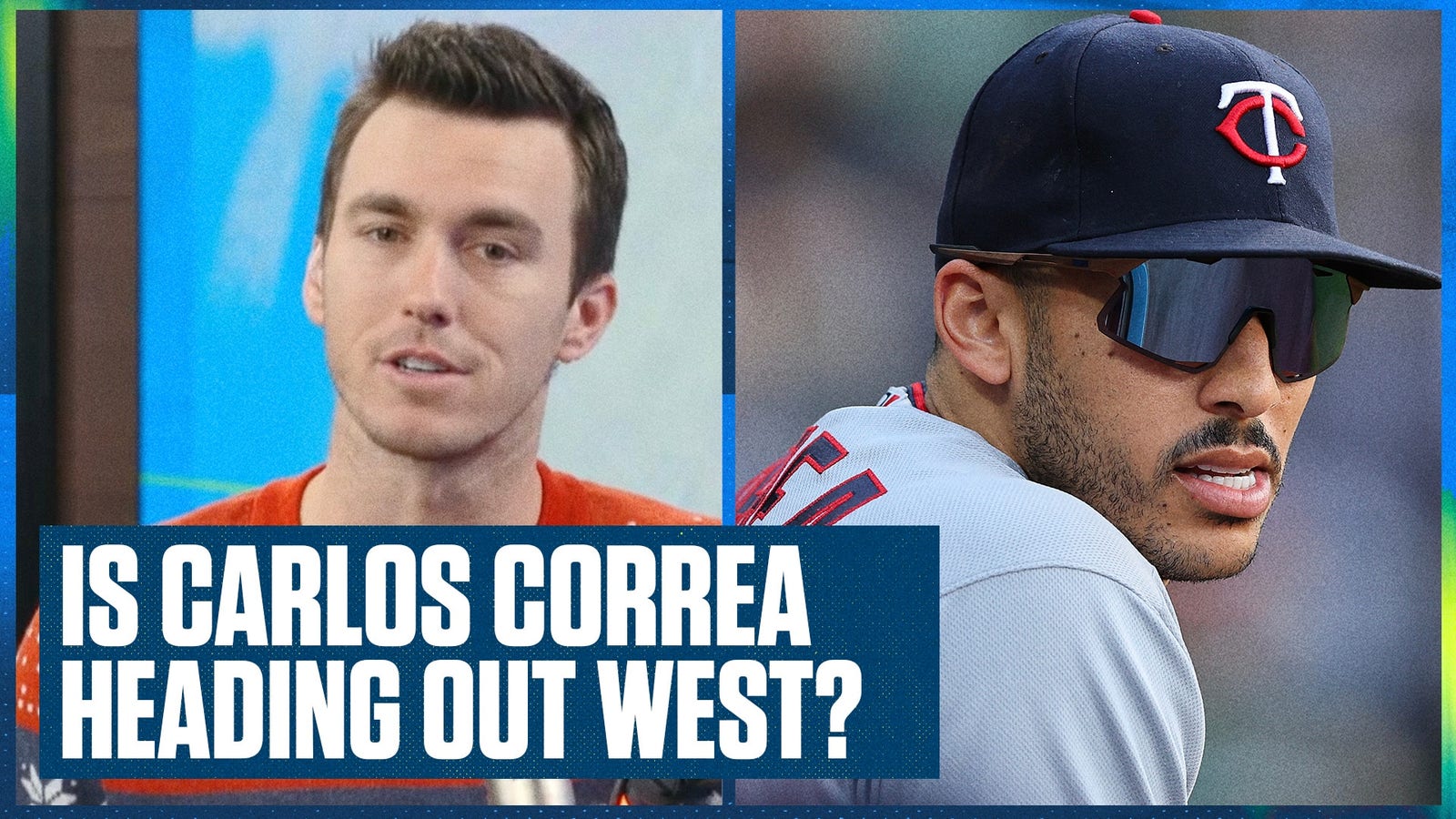 Ben Verlander and Alex Curry predict where some of the top free agents will land this offseason, including Jacob deGrom and Carlos Correa.

As of now, with around $100 million coming off the books in departing free agents, the Dodgers are considerably under the CBT threshold for 2023. Their estimated luxury tax payroll is close to $168 million, according to FanGraphs’ Roster Resource page, though that number will grow when Clayton Kershaw’s one-year deal becomes official.

Given where they’re at financially, it’s possible the Dodgers could get involved in one of the top free-agent sweepstakes and still remain under the threshold. But filling all their voids with premier free agents while still resetting the luxury-tax penalties sounds like an impossible task.

“I think payroll considerations factor into every decision that every team makes,” Friedman said. “If you look back over the last seven, eight years, it’s probably factored in less for us than it has for the other 29 teams, but it’s still a factor, and there’s still things that we always have to balance and juggle and try to put ourselves in position to have the best team possible when we get to Glendale.”

The Dodgers are currently under the threshold with Trea Turner ($21 million in 2022), David Price ($32 million), Craig Kimbrel ($16 million), Andrew Heaney ($8.5 million) and Tyler Anderson ($8 million) all hitting free agency. Anderson already parlayed his resurgent All-Star season in Los Angeles into a three-year deal across town with the Angels.

They also saved funds by declining their $16 million 2023 club option on Justin Turner and non-tendering Bellinger, who was set to make around $18 million in arbitration. The Dodgers have expressed interest in bringing both players back at a lower cost, but now they’ll have to compete with the rest of the league.

The departures lower the payroll while also highlighting the Dodgers’ sudden list of needs.

So, what will they do with all the savings?

A wave of Dodgers prospects will soon make their mark, and the club sounds willing to see what they have in those players. It’s possible all seven of the Dodgers’ top prospects, as ranked by MLB.com, could make an impact on the major league roster in 2023.

Pitchers Bobby Miller, Ryan Pepiot and Gavin Stone could help ease the pain of Walker Buehler’s absence due to Tommy John surgery, Anderson going to the Angels and Heaney hitting free agency. Friedman mentioned Trayce Thompson, James Outman or Chris Taylor as internal options in center field. Losing Turner could require Gavin Lux to bump over to shortstop. Michael Busch, ranked the No. 4 Dodgers prospect by MLB.com, or Jacob Amaya, ranked No. 15, could also factor into the middle infield mix at some point this year.

But there is considerable risk in filling voids with unproven commodities on a roster with championship aspirations, especially one coming off a disappointing early playoff exit after a franchise-best 111-win season.

Should the Dodgers choose to spend their added funds on areas of need, there’s no shortage of elite shortstops on the market. If the Dodgers don’t want to commit to the length of contract that would likely be required to land Turner, Carlos Correa or Xander Bogaerts, they could turn their attention to bolstering the top of the rotation with a shorter-term, higher annual average value deal for Justin Verlander, Jacob deGrom or Carlos Rodón.

The Dodgers could also be in the outfield market after Bellinger’s non-tender and reportedly have interest in Aaron Judge, though getting involved in those sweepstakes would likely be the priciest of offseason endeavors.

“I think every offseason you have choices to make in terms of consolidating resources in one player or spreading it around,” Friedman said. “Some offseasons we go in having very few needs. Some we have more. Right now, we’ve got a number of spots to address. Again, some of them we can do internally. But it’s just balancing that.”

Of course, the benefit of having a loaded farm system — one that The Athletic’s Keith Law ranked as tops in the majors at the start of the 2022 season — is the Dodgers could also trade some of their major-league ready prospects at positions of surplus to mend the gaps at areas of need.

How they decide to use their money, and the readiness of the next wave of talent, could determine whether the Dodgers can rebound from their sudden end to the 2022 season.

“Obviously, we’ve been at extremely high levels the last two years, and we’ll see when we get to Opening Day where we’re at,” Friedman said. “But I’m confident that we’ll have a really good team on the field and that we’ll be in position to contend for a championship.”

Read more from the World Cup:

Best of the rest:

Nick predicts the final AFC playoff spots, including not sleeping on the Jaguars | What's Wright?