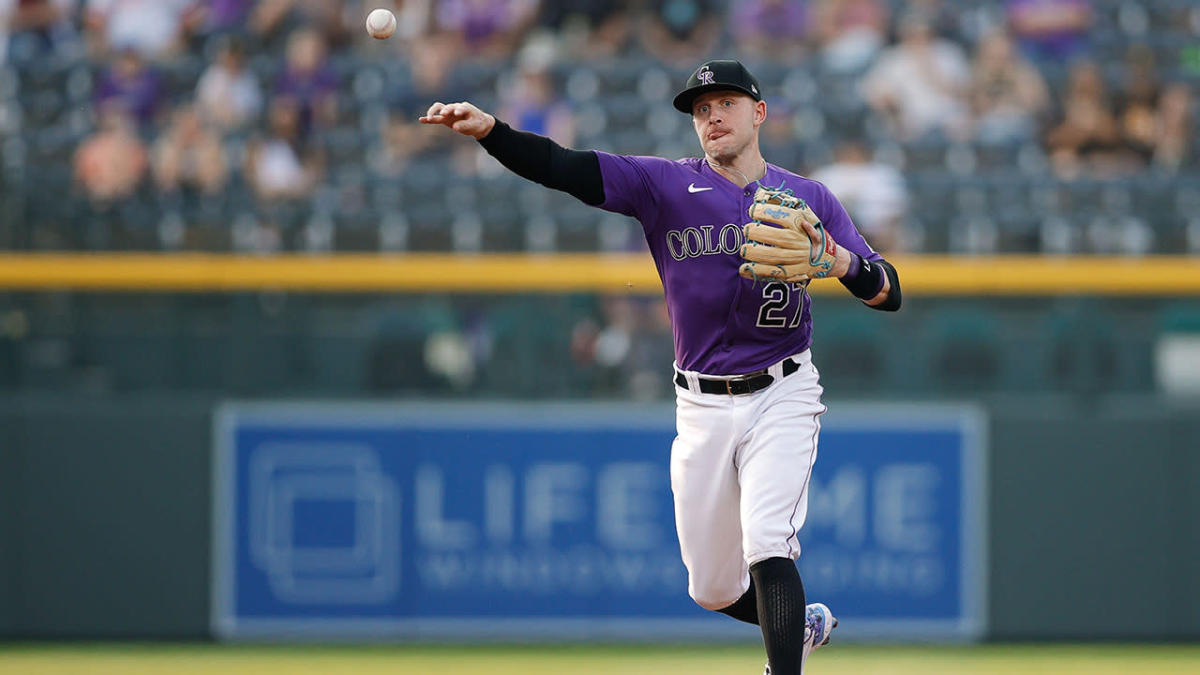 Someone hire a bulldozer and knock down Tampa Bay North, because the Red Sox are back in business.

Sunday’s news that they’ve agreed to a six-year free agent deal with All-Star shortstop Trevor Story doesn’t just return them to contention in the loaded American League playoff picture, it also announces that they’re ready for their next phase of development under chief baseball officer Chaim Bloom.

If Year One was about getting a handle on the minor-league system and Year Two about finding the pieces to compete on a budget, then Year Three should give us hope that they’re officially back to doing whatever it takes to win a title.

“But will they spend?” became a recurring question not just because we’re insatiable drama mongers who miss the days when Red Sox offseasons were filled with sizzle and splash — which often begat fizzle and crash, to be fair — but also because failing to pursue high-end targets meant closing off a meaningful avenue of improvement. Man does not win on Hunter Renfroes alone.

The Story signing obliterates that narrative. His six-year deal is worth a reported $140 million, with the potential for a seventh year at $20 million in lieu of a 2025 opt out. It’s $126 million more than Bloom’s previous record for a free agent contract, which was two years and $14 million for Kiké Hernández. All things considered, it’s a reasonable price to pay for a slugging two-time All-Star with 30-home run power and Gold Glove potential as he shifts to second base.

It also fills a clear need for right-handed pop at a position of uncertainty; incumbent Christian Arroyo is solid, but injuries limited him to only 164 at-bats last year. Adding Story immediately puts the Red Sox back in the conversation with the reloaded Jays, the ever-present Rays, and the stumbling Yankees, who struck one major deal for Josh Donaldson and Isiah Kiner-Falefa, but then watched franchise shortstops Story and Carlos Correa (Twins) sign elsewhere.

The move will certainly be well-received in the clubhouse, where multiple players had expressed uneasiness in recent days that the Red Sox were being left behind. A similar feeling occurred at last year’s trade deadline when players wanted more help than an injured Kyle Schwarber and an inconsistent Hansel Robles. The club immediately suffered its worst stretch of the season, though Bloom’s long-range view was ultimately rewarded.

Speaking of Bloom, he has now crossed a meaningful threshold. We have little doubt he can unearth overlooked gems like Hernández, Garrett Whitlock, or Renfroe. If prospect rankings are any indication, his first two drafts have been home runs. But winning in a big market requires targeted strikes at superstars, too, and until he showed a willingness to pull that trigger, we remained well within our rights to question how and when he would make that leap.

What matters now is this: The Red Sox didn’t just keep pace in the American League East, they did so smartly, without betraying any of their values to chase a headline. Story is exactly the kind of player they needed at a fair price that only a handful of clubs could afford.

Stick him in the Jumpman logo, because he has left the ground. It may not be a $325 million contract like the one the Rangers gave Corey Seager, but it didn’t have to be. Bloom spent half as much on a player who’s definitely more than half as talented, exploiting both Story’s down 2021 and a truncated market that had left only a handful of teams seeking shortstops.

Story could end up being the bargain of this offseason in much the same way that Xander Bogaerts has outperformed his own six-year, $120 million contract for the last three years. It’s no coincidence that Story will make roughly the same annually as his new double play partner, because if and when Bogaerts opts out this fall, the Red Sox will have an in-house replacement at similar money. Story’s deal is also reasonable enough that there should be room to extend Bogaerts, too, though that’s a story for another day.

What matters now is this: The Red Sox didn’t just keep pace in the American League East, they did so smartly, without betraying any of their values to chase a headline. Story is exactly the kind of player they needed at a fair price that only a handful of clubs could afford.

That’s called maximizing your resources, and it’s the kind of thing they can’t do in Tampa, which is a city in Florida without any satellites in Boston, at least not anymore.