When Xander Bogaerts first entered the greater baseball consciousness, he couldn’t even purchase a boozy beverage.

In August of 2013, the Red Sox promoted the 20 year old infielder, then one of MLB’s consensus top prospects, for the club’s stretch run. Two months later, there he was, the kid from Aruba wearing uniform number 72, somehow both goateed and baby faced, playing in the World Series and eventually winning it. 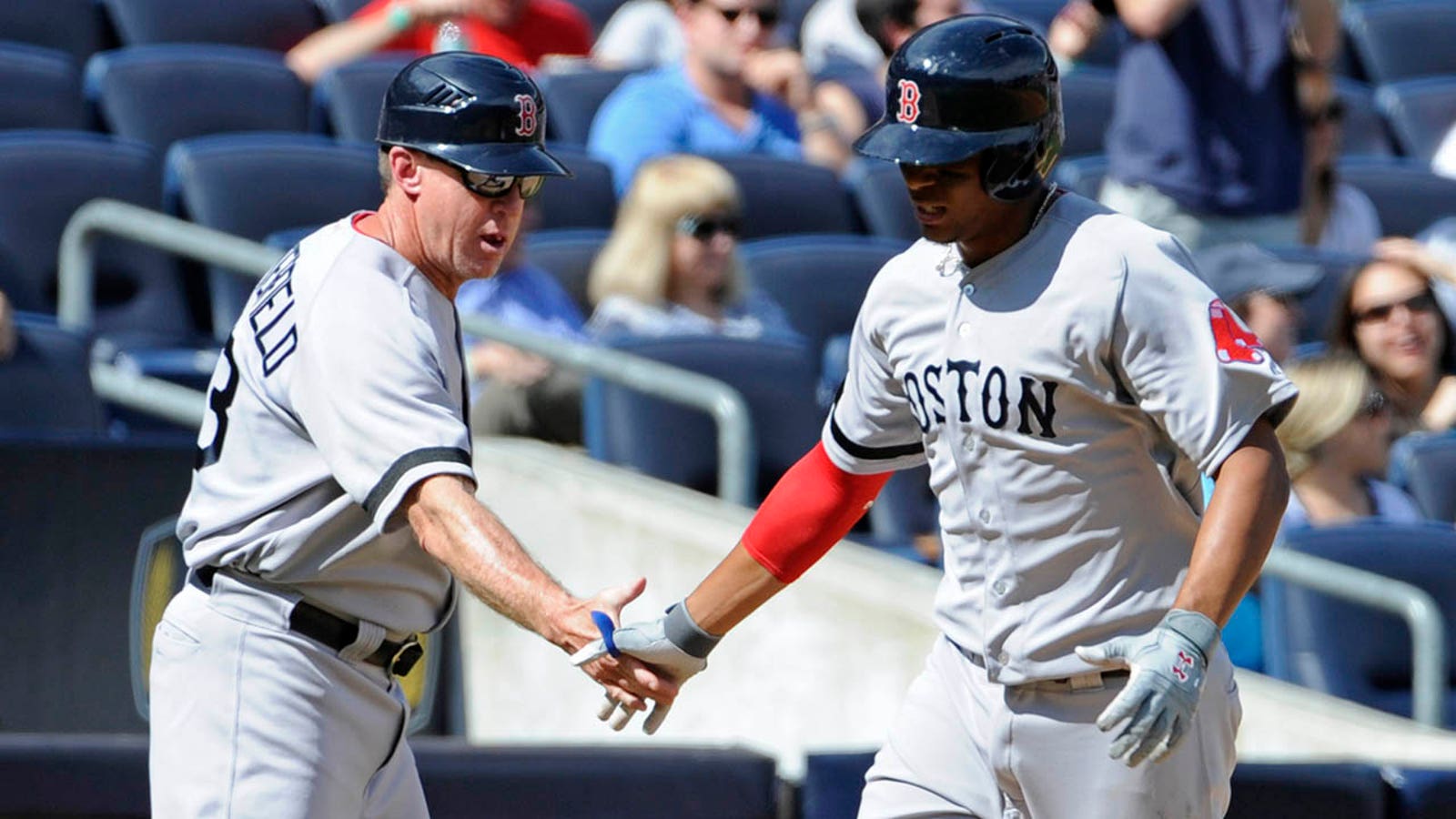 During that fall classic, he started all six games for Boston at third base. He went 9-for-27 in the postseason while hitting in the same lineup as David Ortiz, who signed his first professional contract two months after Bogaerts was born.

But unlike the many October wunderkinds who never again reach such lofty heights, Bogaerts settled in as one of the sport’s most promising offensive players before his 23rd birthday. Throughout a decade at Fenway, “Bogie” solidified himself as a Boston baseball cornerstone, helping the team to another world title in 2018 while making four All-Star Games and winning five Silver Slugger awards along the way. In 2022, he broke the franchise record for the most games played at shortstop; a remarkable accomplishment when you consider that the Red Sox were founded during the William McKinley administration.

In the afterglow of that 2018 World Series, Bogaerts and the Sox agreed to a six-year, $132 million extension that would, in theory, keep the shortstop in Boston through the end of 2024. The catch? An opt-out after the 2022 season that Bogaerts, thanks to yet another superb season, activated to become a free agent for the first time in his career.

As the oldest and most defensively limited of the group, it’s easy to overlook Bogaerts. Correa has a superstar aura. Turner has a tantalizing combo of speed and hitterish-ness. Swanson is downright incredible with the glove. Bogaerts is the jack of all trades, the master of none, the overlooked can’t-miss free agent.

But going off MLB Trade Rumors’ free agent contract projections, Bogaerts is the most alluring option. He offers the best combination of floor and ceiling, the surest thing in a crapshoot exercise. The skillset that Bogaerts showed as a 20-year-old back in 2013 which made Boston comfortable starting him in a World Series has endured through a decade of ballgames and should make a team comfortable signing the now-30-year-old to a lengthy deal.

Simply put: Bogaerts is an exceptionally gifted hitter. He is one of only seven hitters to be at least 25 percent better than league average in each of the last five seasons. The others: Betts, Soto, Judge, Trout, Freeman, Harper. That’s the creme de la creme of big-league boppers and he is the only shortstop in that mix.

And unlike those other sluggers, Bogaerts reaches that level of offensive value without being overly reliant on home runs. His career high in taters was 33 back in the juiced-ball wonderland of 2019, but has never hit more than 23 in any other season. In 2022 he hit only 15.

While that dearth of raw juice might give a few teams pause, MLB’s upcoming rule changes could make Bogaerts’ well-rounded offensive profile a more appealing proposition. As the league seeks to push the game away from a pseudo home run derby and towards a more contact-oriented affair, .300 hitters like Bogaerts are less likely to see their game impacted. Bogaerts has posted an OPS+ of 125 or higher for five straight years without huge power; chances are, he can do that under any offensive environment.

That dynamic also makes him a good bet to age well. As hitters get older — Father Time is still undefeated, by the way — bat speed and quick twitch are usually the first things to go. MLB history is littered with hitters who shined in their twenties, but disintegrated in their thirties as their physical abilities faded away.

Bogaerts’ best attributes are his elite bat control and hand-eye coordination, attributes that should enable him to maintain his high level of performance as his muscles start to slow. There’s concern about giving any player a deal that keeps them under contract deep into their thirties. But given his profile, Bogaerts is as good a bet as any. Think of him as Michael Brantley, but playing a premium position.

And while there’s legitimate concern about Bogaerts’ defensive profile as he starts to age, his bat should play at a less valuable infield spot or even in left field. His metrics at shortstop were better this past season than in the past, but it’s fair to say that Xander’s glove won’t hack it at shortstop for more than another few seasons.

So what? If Xander has to move off the position in three years, so be it. You’re buying a bat and a damn good one at that.

People around the game speak quite highly about Bogaerts’ intangibles; his presence in the clubhouse, his work ethic off the diamond and how well he’s generally regarded. Those traits usually enable a player to adapt and evolve as their physical gifts start to betray them.

And perhaps most importantly: Bogaerts posts. The shortstop has the sixth-most games played in the league since the start of 2015. He’s available day-in, day-out at one of the game’s most demanding positions. When you’re a team looking to drop a lot of coin on a big free agent, you want one you can rely on, one who won’t completely fall off a cliff, one who is a solid bet to help your ballclub win baseball games. For my money, that’s Xander Bogaerts.

Jake Mintz, the louder half of @CespedesBBQ is a baseball writer for FOX Sports. He’s an Orioles fan living in New York City, and thus, he leads a lonely existence most Octobers. If he’s not watching baseball, he’s almost certainly riding his bike. Follow him on Twitter at @Jake_Mintz.

Cowboys GM Jerry Jones: Odell can "get us substantively above where we are" | UNDISPUTED