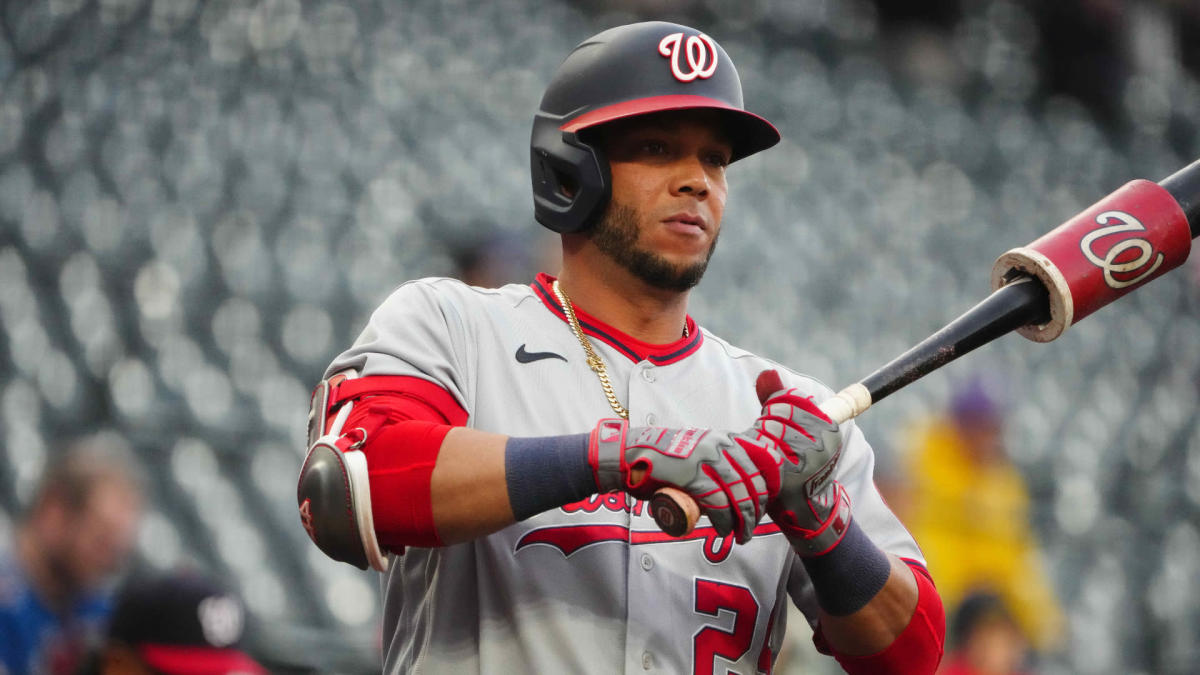 Yadiel Hernández enters the Nationals’ series opener against the New York Mets on Tuesday night carrying one of the hottest bats in the Washington lineup.

The Cuban outfielder has recorded a hit in seven straight games and 10 of his last 11. He leads the team with a .541 slugging percentage and manager Davey Martinez has put him in a spot to take advantage of those extra-base hits by batting him either fourth or fifth in the order in every game he’s played since April 24.

Martinez was platooning Hernández and fellow left fielder Lane Thomas for the first three weeks of the season, but the latter’s struggles coupled with Hernández’s hot hitting have made him difficult to leave on the bench.

“He can hit lefties, righties effectively so right now he’s swinging the bat really well so we’re gonna keep him in there. He’s in the middle of our lineup. I like him when there’s runners on base, he comes up [and] he gives us a chance to score some runs.”

Hernández got his first extended stint in the big leagues as a 33-year-old rookie last season and his bat played to the tune of a .742 OPS over 112 games. The Nationals tasked him with working on his defense over the winter after he accrued -9 Defensive Runs Saved. Thus far, he’s graded out as league average with zero DRS in his first 20 games.

“When it came to defense, my biggest fault was that first step,” Hernández said through team interpreter Octavio Martinez. “Trying to get there quickly and get to those balls quickly and I think I worked a lot on my agility this offseason. I think that’s helped me quite a bit.”

Martinez still plans to slot Nelson Cruz in at designated hitter every day for the foreseeable future, so Hernández’s only path to consistent playing time is in left field. If he can hold down the position defensively while maintaining his offensive prowess, the Nationals will have a decision to make on his future come the trade deadline.

On one hand, Hernández has four years of team control left on his contract after this season. A player with that kind of deal isn’t usually found on the midseason trade market. Yet his age makes it unlikely the Nationals (10-20) can count on him to be part of their long-term plans considering he’ll be 38 by the time that contract is up.

Hernández isn’t thinking about retiring any time soon and his play at the plate could make him an intriguing trade target for teams in need of some left-handed pop — especially now that the DH has been adopted in the National League.

“I don’t think about that,” Hernández said. “Until my body says no more.”