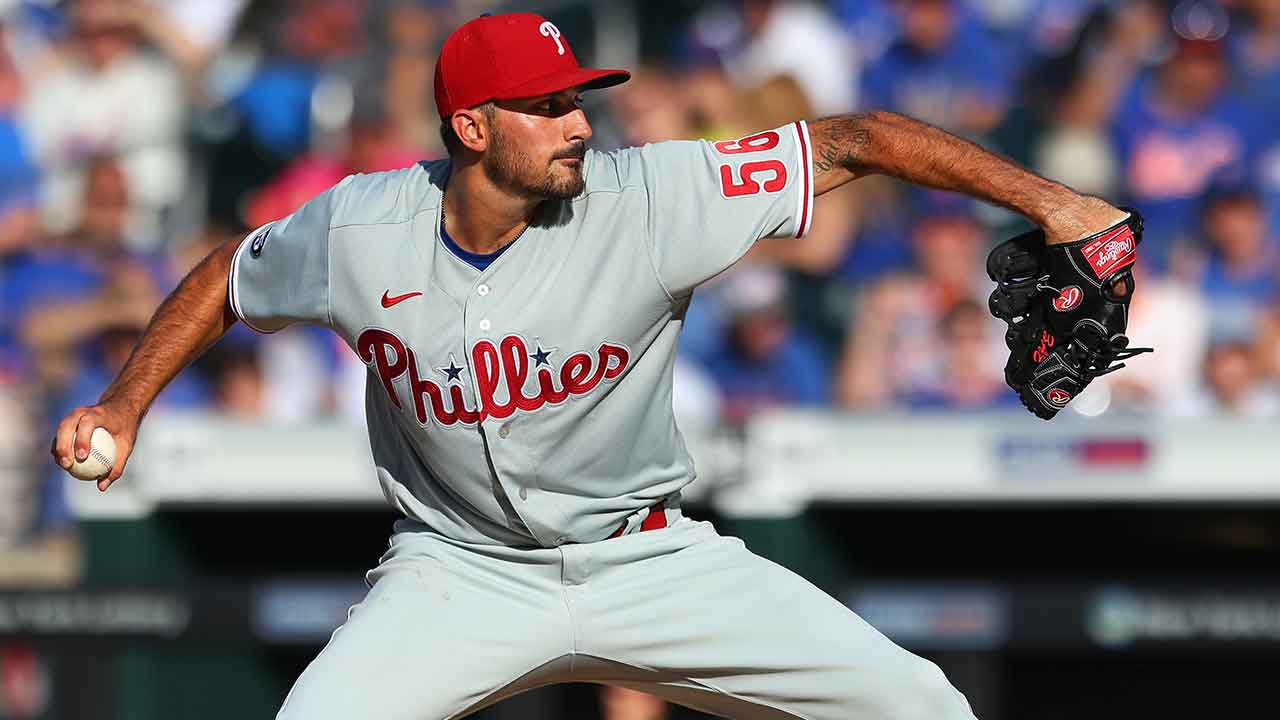 The Phillies did not get Rhys Hoskins back on Saturday night in San Diego, but they did have Zach Eflin make a promising step as he works toward rejoining the rotation.

Eflin pitched 2⅓ scoreless innings in his first rehab start for Double A Reading, striking out three. He was on a pitch count of 25 to 30 and threw 31.

Eflin figures to make at least another couple of rehab starts to build back up his stamina. He has not pitched for the Phillies since July 16 because of knee tendinitis.

Once the Phillies get Eflin back, their rotation will be deeper than it’s been in years with a solid one through five of Zack Wheeler, Aaron Nola, Eflin, Kyle Gibson and Ranger Suarez. In 105⅔ innings this season, Eflin has a 4.18 ERA with 99 strikeouts and just 16 walks.

The Phils have to stay in the race until he can rejoin the staff, though. With Saturday’s loss, they’re five games behind the Braves in the NL East and five behind the Padres and Reds for the second wild-card spot. Atlanta has won eight in a row with another game Sunday against an Orioles team that has lost 17 straight.

The Braves then have eight challenging games with the Yankees, Giants and Dodgers before playing 17 of 20 against the Marlins, Nationals, Diamondbacks and Rockies.

There was a chance the Phils could have had Hoskins back from a groin injury Saturday but he was not ready yet. Hoskins has been out since August 5 and has started just three of the Phillies’ last 21 games. Despite missing all of that time, he still leads the team with 29 doubles, 24 home runs and 68 RBI.

How LaMonte Wade Jr. came through for Giants in win vs. Athletics

Fantasy Basketball: Don’t worry about these seven players — yet